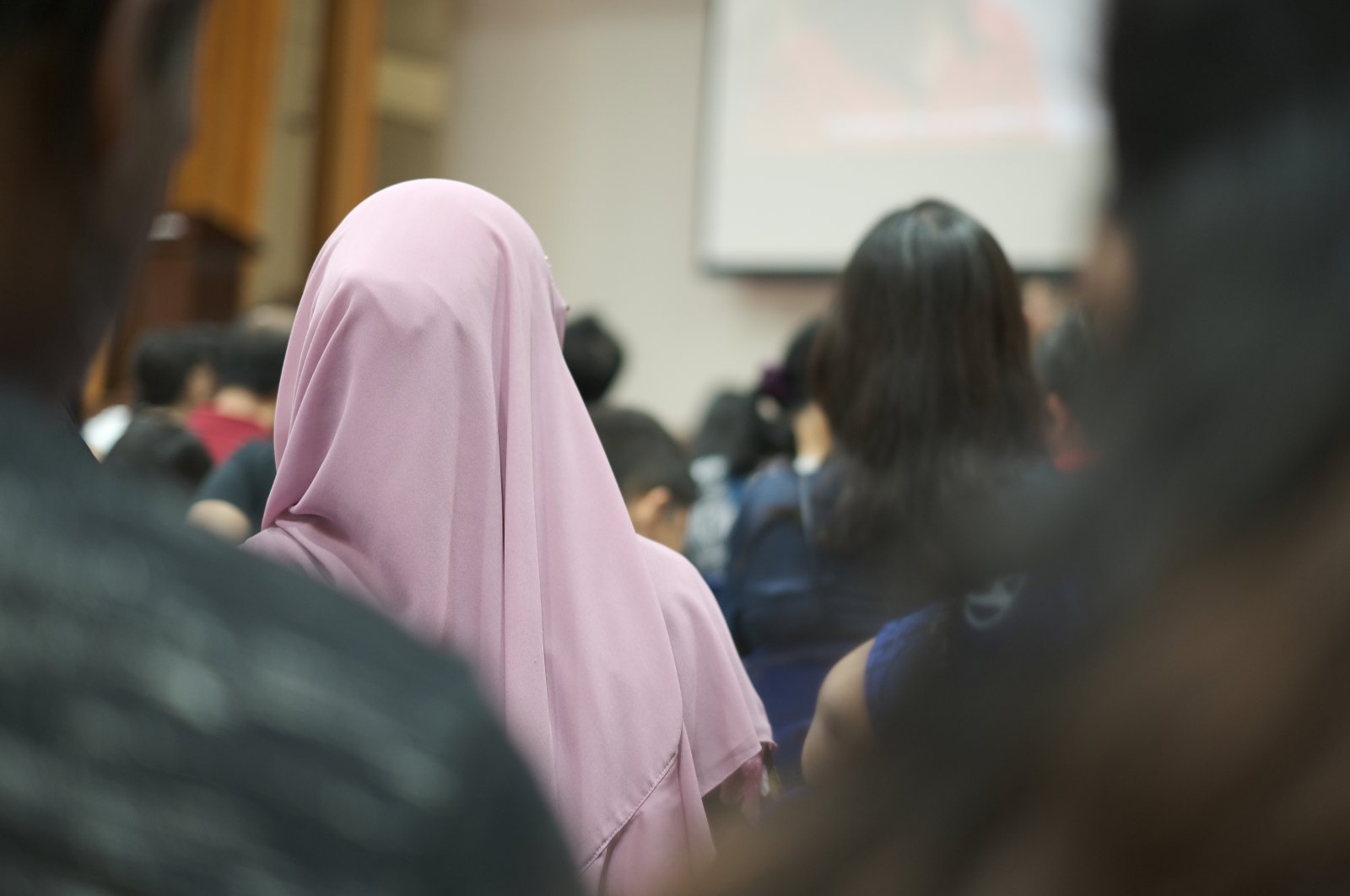 Women wearing a purple headscarf during a gathering of people. (Shutterstock Photo)
by Anadolu Agency May 07, 2021 9:51 pm
RECOMMENDED

A new controversial piece of legislation banning public employees from wearing ideological or religious symbols while at work was approved by Germany's upper house of parliament Friday.

Muslim associations have sharply criticized the move and said the legislation was introduced hastily by the government without prior consultation with the country's religious communities.

"This legislative change gives state authorities an instrument with which they can prohibit civil servants from wearing headscarves or kippas," Germany's Muslim Coordination Council (KRM) said in a statement, adding that this would undermine freedom of religion.

"In practice, it will especially affect Muslim women who wear a headscarf – regardless of their eligibility or qualifications," the council said.

The new legislation on dress and appearance allows state authorities to ban or restrict the wearing of visible tattoos, symbols, jewelry or clothing related to religion, regardless of belief, while public employees are at work or on duty.

But, it was not clear whether authorities could use this new legislation to enforce a general ban on headscarves for Muslim women.

Burhan Kesici, the chairperson of the Berlin-based Islam Council, said the bill's language was too vague, which may lead to arbitrary implementation by authorities, violating the fundamental rights of Muslim women working in the public sector.

"This law provides the basis for a far-reaching ban on headscarves and sends the wrong signal," she said in a statement.

Niewiedzial underlined that under the new measures, Muslim women would not be able to exercise their profession freely or even have a chance of obtaining a public sector job.

Germany's Interior Ministry has claimed that the legislation would not introduce a general ban for public employees from wearing religious symbols or clothing at work, but would bring restrictions in exceptional cases.

"In concrete terms, this means that civil servants can of course continue to wear religious symbols and clothing, regardless of their religious affiliation," she added.

Vick said that the wearing of religious clothing and symbols could only be prohibited in a few exceptional cases, such as when the state exercises "public authority" vis-a-vis the individual in the classic hierarchical sense.

"Otherwise, religious symbols and clothing can of course still be worn by civil servants," she said.