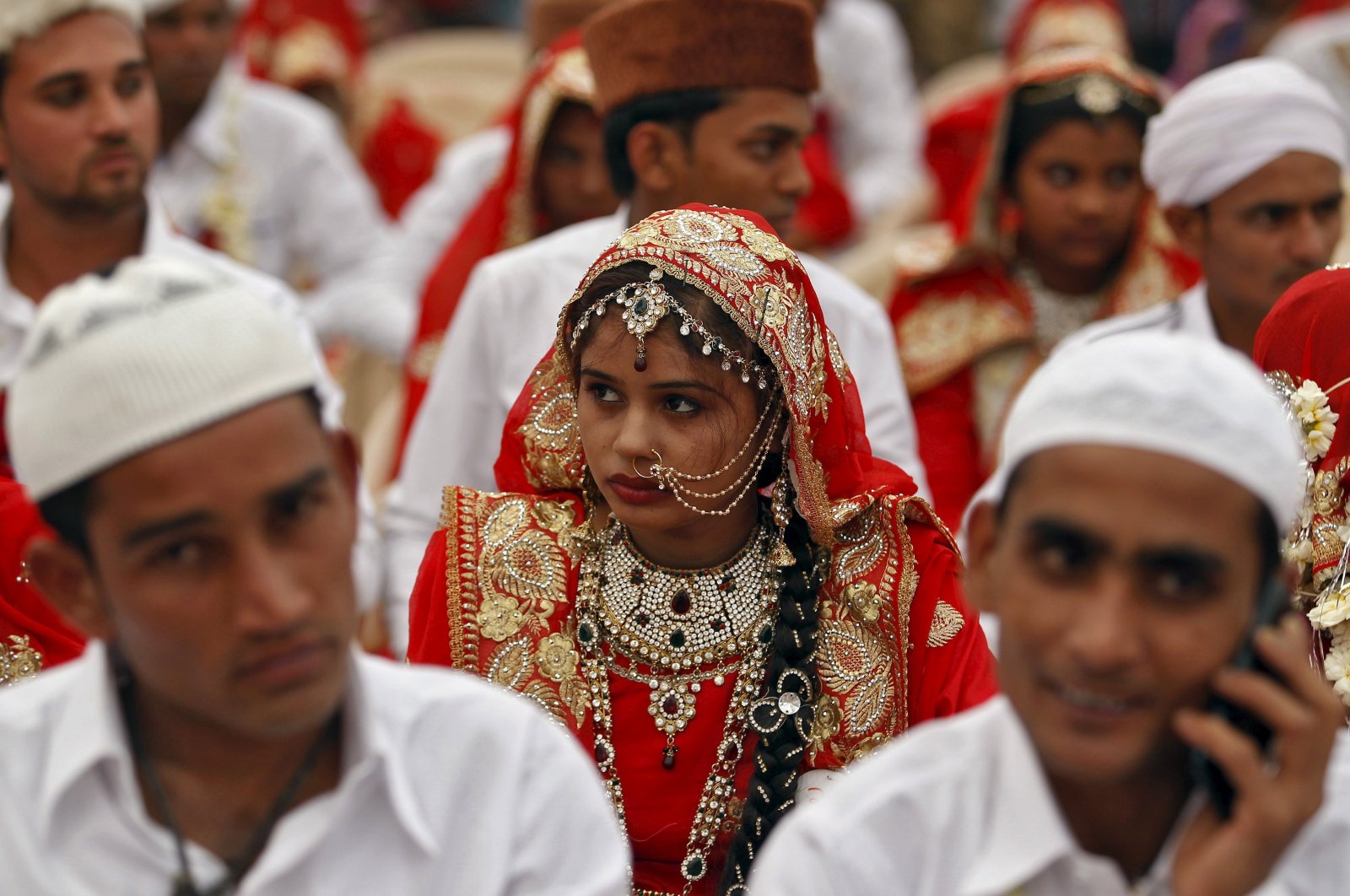 Haidar Mansuri, 34, and Shabila Chand, 28, in India's northern state of Uttar Pradesh decided to get married after a yearlong courtship.

Shabila left her home in Azamgarh to marry Haidar who lived in Kushinagar.

As they were about to get married on Dec. 8, someone informed the police and members of right-wing Hindu groups Bajrang Dal and Hindu Vahini, and they reached the spot. They alleged that the boy was a Muslim and the girl a Hindu, which they claimed was a case of "love jihad," a term used by right-wing groups claiming that Muslim men lure Hindu women into marriage to force them to convert to Islam.

"I don't want to comment on this issue any further. We have suffered a lot," Haidar told Anadolu Agency (AA).

A local activist Armaan Khan, who was facilitating this marriage, said: "I was asked by Haidar Mansuri to help him marry Shabila Chand. I called a qazi (a Muslim cleric who conducts marriages) for solemnizing the Nikah (wedding).

"Meanwhile, members of some right-wing outfits landed at the spot. Police officials were called and it was alleged that the marriage was taking place between a Muslim and a Hindu," said Armaan.

The couple along with the qazi was taken to a police station. The girl, a Muslim, had left her parents' home in Azamgarh without informing them as they opposed her marriage to Haidar. Her parents lodged a police complaint that their daughter had gone missing. The couple was kept overnight at the police station, and the next day the couple was allowed to marry after the police found that they both were Muslims."

Two days after the incident, police clarified that their actions were not in violation of human rights. The police argued that they did not break any law and only investigated a criminal case under the new stringent Anti-Conversion Law.

The new law states that interfaith couples, who want to get married, must inform district magistrates two months in advance and prohibits deceitful and forcible conversions, including conversion for marriage. The law also suggests imprisonment of up to 10 years for offenders. The ordinance was passed amid media hype and intense discussion over "love jihad."

Critics argue that the law aims to target Muslim men and could be used to harass Hindu-Muslim couples. But many other BJP-ruled states have prepared or are preparing similar laws.

Many police complaints were registered as soon as the new law came into force in Uttar Pradesh but several lacked credible evidence.

The first case in the state was registered in the Bareilly district, in which the police arrested the accused person within a week and sent him to prison.

But a week later in the same district when the family of a girl lodged an FIR, or first information report, the police refused to register the case apparently because in this case the accused were Hindus and not Muslims.

On Dec. 5, Shahid Mian, who lives in Premnagar police station of the Bareilly district, lodged an FIR that his 22-year-old daughter was kidnapped by three people.

Shahid filed a case against Siddharth Saxena, alias Aman, his sister Chanchal and Manoj Kumar Saxena, the owner of a firm.

Shahid told AA: "On 1 December, my daughter went missing. We lodged a police complaint on 5 December that my daughter had been abducted by Manoj and Aman. The police recovered the girl the very next day but we were not allowed to meet her. We are worried about her welfare."

However, Bareilly's Superintendent of Police Ravindra Kumar said the girl has said that she wants to live with Aman. He said both the girl and the boy are adults, and they are free to marry and there is no forced conversion in this case. But in similar cases where the girl is Hindu, the Muslim man is immediately booked and arrested.

In another such case, 22-year-old Rashid Ali and his brother Salim were arrested recently in the Moradabad district of the state when Rashid was going to register his marriage.

Police say that the young woman's family had lodged a complaint that Rashid had forcibly converted and married their daughter.

But Rashid told reporters that his wife had married him without any pressure on July 24, and they were going to register the marriage.

Local people said some members of the right-wing Bajrang Dal created a ruckus and put pressure on the police to arrest the young man by registering a case under the new ordinance.

According to some critics, in some cases when the young Muslim men were arrested, statements of the man and the woman were not taken although they were adults.