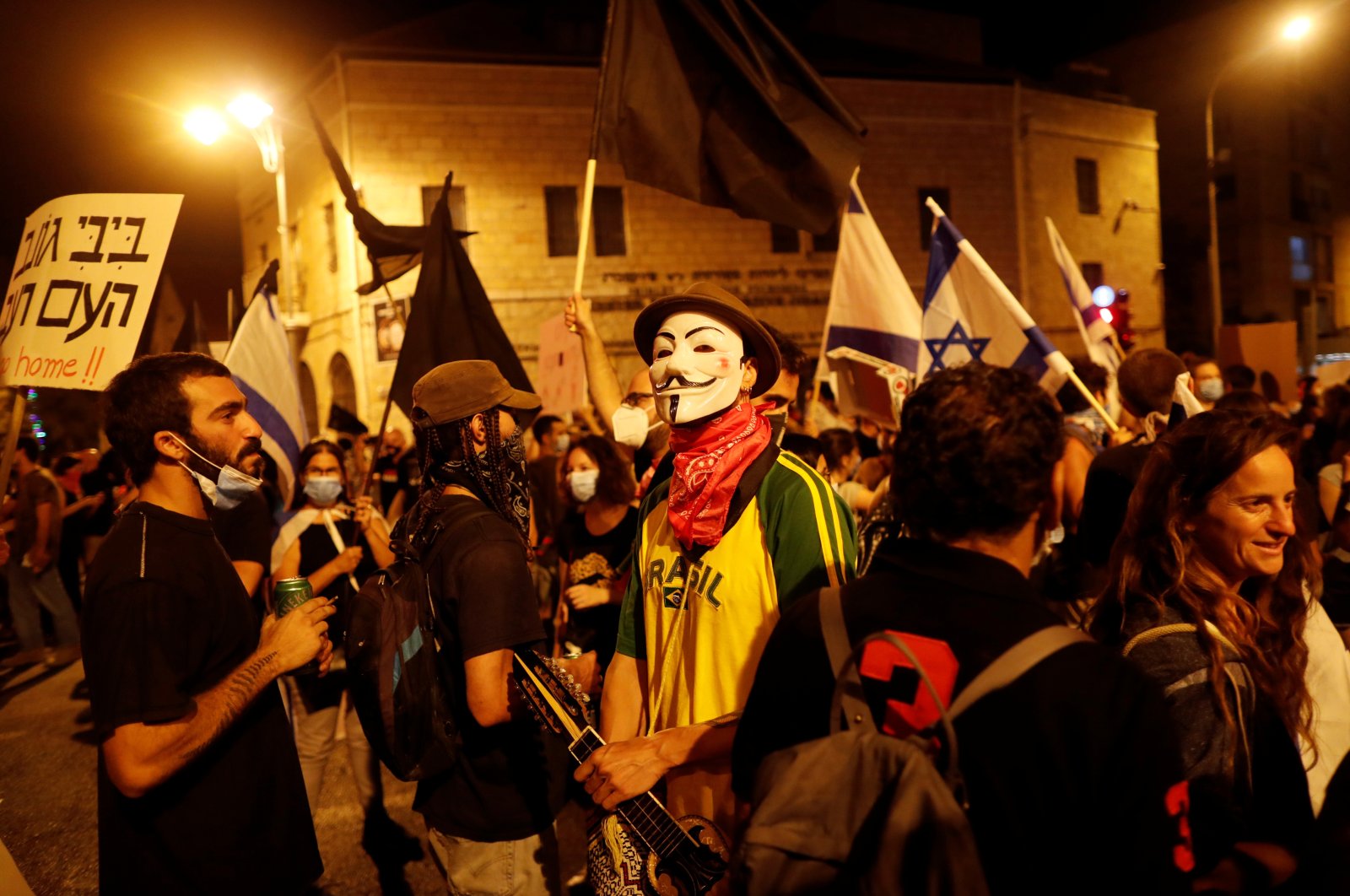 The demonstrators, some playing musical instruments, gathered in front of the premier's official residence on Saturday night.

Local media estimated the crowd at around 10,000.

A police statement released early Sunday morning said there were outbreaks of violence during the rally and that officers were hurt.

"During the protests, three policemen were injured by protesters," police said.

Three of those arrested would appear in court on Sunday, the statement added.

Protests demanding that Netanyahu resign over several corruption indictments and his handling of the coronavirus crisis have been mounting in recent weeks, and the premier has been scathing in his counterattack.

Earlier this month, Netanyahu accused Channel 12 and another private TV station, Channel 13, of "delivering propaganda for the anarchist left-wing demonstrations" through extensive coverage of the rallies.

Israel won praise for its initial response to the coronavirus pandemic, but the government has come under criticism amid a resurgence in cases after restrictions were lifted starting in late April.

Netanyahu has acknowledged that the economy was reopened too quickly.