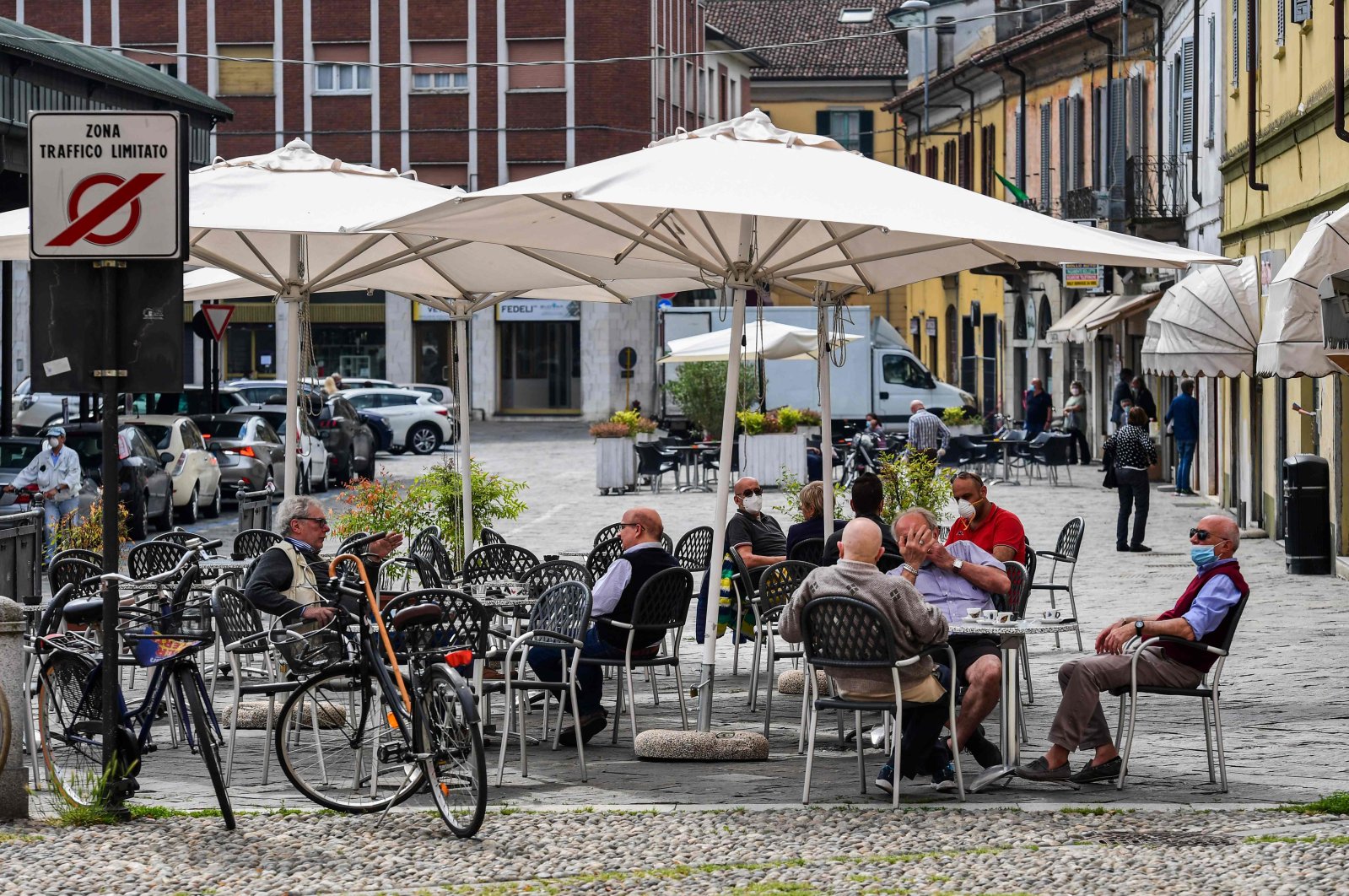 Residents have coffee and drinks at a terrace on May 20, 2020 in Codogno, southeast of Milan, as the country's is easing its lockdown aimed at curbing the spread of the COVID-19 infection. (AFP Photo)
by Compiled from Wire Services May 20, 2020 7:00 pm
RECOMMENDED

Deaths from the COVID-19 epidemic in Italy climbed by 161 on Wednesday, against 162 the day before, the Civil Protection Agency said, while the daily tally of new cases fell to 665 from 813 on Tuesday.

The total death toll since the outbreak came to light on Feb. 21 now stands at 32,330 the agency said, the third-highest in the world after those of the United States and Britain.

The number of confirmed cases amounts to 227,364 the sixth highest global tally behind those of the United States, Russia, Spain, Britain and Brazil.

People registered as currently carrying the illness fell to 62,752 from 65,129 the day before.

There were 676 people in intensive care on Wednesday, down from 716 on Tuesday, maintaining a long-running decline.

Francesco Vaia, health director of Rome's Spallanzani infectious diseases hospital, said on Wednesday that of the 100-200 people dying daily of COVID-19 in Italy at present, he believed most were very old and were dying at home, not in a hospital.

The Civil Protection Agency said that of those originally infected, 132,282 were declared recovered as of Wednesday against 129,401 a day earlier.

The agency said 2.034 million people have so far been tested for the virus, against 2 million on Tuesday, out of a population of around 60 million.

Bonafede was harshly criticized for his decision to concede house arrest to mafia bosses due to high contagion risks in Italian prisons. If one of the two no-confidence motions had been approved, he would have been forced to resign, putting the whole government at risk.

The government relies on a very thin majority in the Senate, so it needed to secure the votes of the tiny Italia Viva party – headed by former premier Matteo Renzi – to survive the no-confidence motions against Bonafede.