July 15 victory: A model for all countries familiar with coups 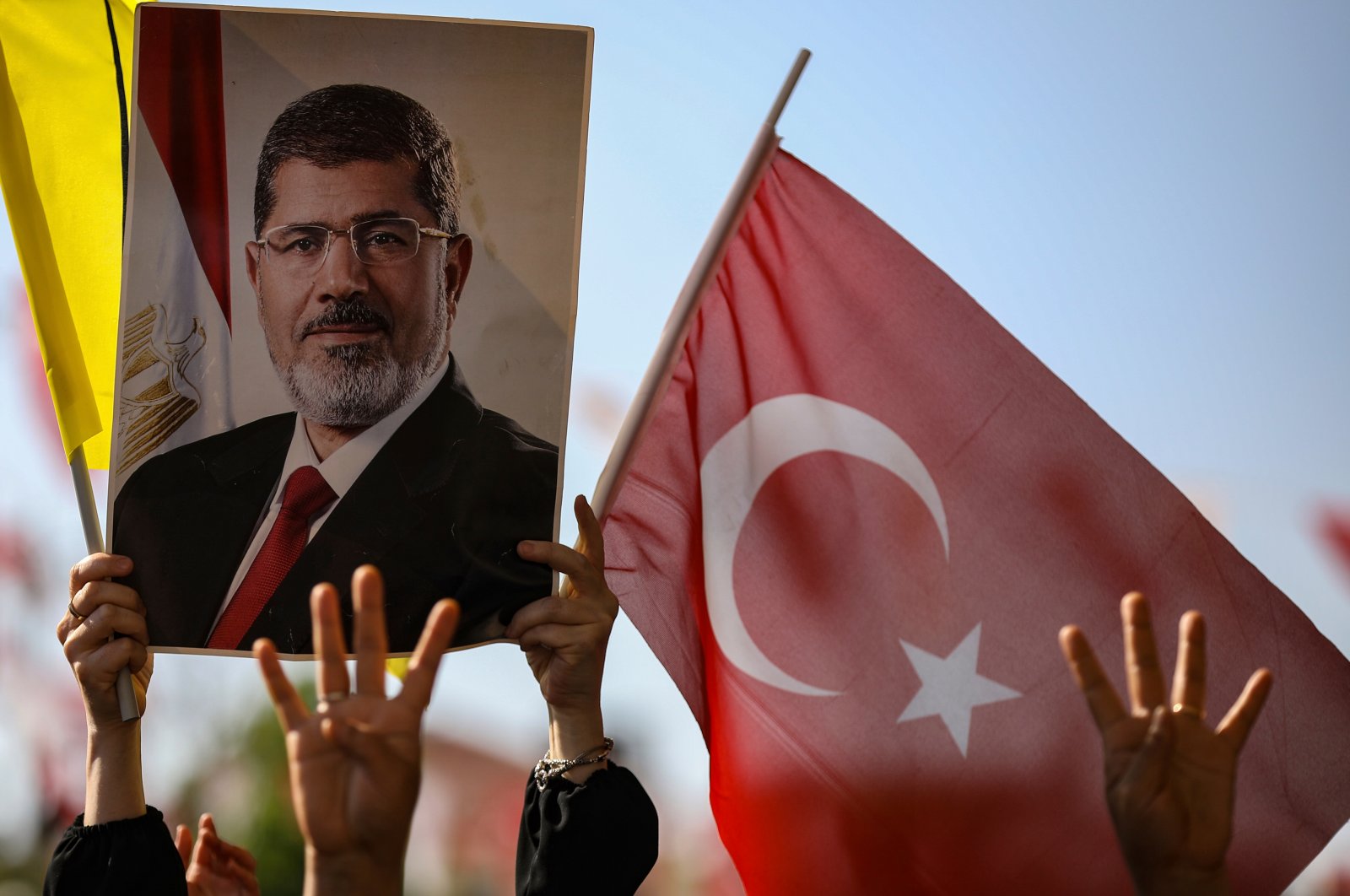 The Turkish people’s resistance against the July 15 coup attempt, orchestrated by the Gülenist Terror Group (FETÖ), has set the pace for many people around the world living under the shadow of coups

The Turkish people's success in repelling the July 15 coup attempt, orchestrated by the Gülenist Terror Group (FETÖ), has become an inspiration for many countries around the world where angry citizens are not satisfied with the military leaders' decisions over the future of their countries.

While the military is widely seen as a game-changer in many countries like Egypt, Venezuela, Libya, Sudan and Algeria, the citizens of these countries have become familiar with coups after suffering from them several times, just like Turkey. In 1960, 1971, 1980 and 1997, Turkey faced the brutal side of the military, which took over power from civilian authorities under the pretext of preserving the regime and certain values like secularism. Four years ago, people once again saw military vehicles and soldiers on the streets. The state television broadcaster, TRT, was raided by putschists, and it was announced that the military was now in power.

However, this time, it was a bit different from previous coups. President Recep Tayyip Erdoğan's call for resistance against the coup orchestrated by a specific group, FETÖ, was welcomed by the people as thousands took the streets to quash the coup attempt.

Most of the people who live under the shadow of guns consider the Turkish people's July 15 victory inspiring. While the people's main desire is to have a well-functioning democracy under civilian authorities, armed groups continue to impose their dominance in many countries. Therefore, Turkey's success in defeating the July 15 coup attempt seems to be a disappointment for the dominant powers.

Egypt, which has always been the leading country in the Arab world, has long suffered from increasing authoritarianism that runs contrary to its people’s will. The revolution in Tahrir Square in 2011 ignited hope across the Middle East and North Africa, but the fire of hope did not burn for long.

In 2013, then-Defense Minister Abdel-Fattah el-Sissi led a bloody military coup backed by Saudi Arabia and the United Arab Emirates (UAE), ousting Egypt's first democratically elected president, Mohammad Morsi, a year after his election. Since then, a harsh crackdown on dissidents, not only the Muslim Brotherhood but anyone who opposed el-Sissi, has commenced. The military crushed the Muslim Brotherhood movement in a major crackdown, arresting Morsi and many others of the group's leaders, who have been in prison standing multiple trials ever since the coup.

Since the coup, Turkey has been a fierce critic of the Egyptian regime and has blasted the regime's trial of Morsi on a host of charges most international observers call politically motivated. Following Morsi's sudden death in a courtroom in June 2019, Turkish leaders decried his mistreatment and suggested that his death was no accident.

As fresh popular uprisings have swept through North African countries like Sudan, Algeria and Libya, anger has mounted toward their militaries. In these countries, the military stage managed the leaders' departures, in a likely attempt to preserve their power. However, at the heart of the protests in both countries is the deep sense of disenchantment felt by their people.

In Libya, since the ouster of late ruler Moammar Gadhafi in 2011, people have been living under a deepening crisis. Khalifa Haftar, the putschist general of eastern-based illegitimate forces, unilaterally declared himself the ruler of Libya in April, adding another attempt to his long series of coup attempts. The country’s legitimate U.N.-recognized government forces have been under attack by Haftar's forces since last April, and international efforts to enforce a cease-fire have proven unsuccessful.

In Algeria, hope among Algerians rose briefly in 2019 when Gen. Gaid Salah, responding to six weeks of street protests, forced the ailing 82-year-old Abdelaziz Bouteflika to step down from the presidency on April 2, after holding power since 1999. However, anger has mounted toward the army chief, who was instrumental in Bouteflika's departure but then threw his support behind interim President Abdelkader Bensalah, who is seen as part of the old regime. Algeria's protest movement has been overwhelmingly peaceful and driven by young people frustrated with corruption and unemployment and who want a new generation of leaders to replace the dominant power.

In the same year, the Sudanese also faced a military coup that led to the downfall of the country’s former president, Omar al-Bashir. His downfall after a 30-year rule through a military coup was the second time in a month that a leader in the region was forced out after mass demonstrations, following Bouteflika's resignation. It is important to recall that the army's intervention in the region has not resulted in democratic transitions as experienced in Egypt, where the army took control of both politics and the economy after a coup. The Algerian and Sudanese regimes remained safe during the Arab Spring that euphorically swept across the Middle East and North Africa, leading to the fall of autocrat presidents in the region.

After the coup, the Sudanese defied the military leaders' decision to stay in power for two years. Word of Bashir's overthrow initially set off cheering, dancing and singing in the streets by thousands of protesters, until they heard the official announcement from Defense Minister Awad Mohammed Ibn Ouf that the military would remain in charge. Protesters who were initially jubilant over the word of the coup reacted by saying they would not end protests outside the military's headquarters in central Khartoum until a civilian transition government is formed.

As Caracas faced increasing outside attempts to intervene in its politics, Venezuela was one of the first countries to back Turkey during the July 15, 2016 coup attempt. The Latin American country praised the Turkish people who poured onto the streets to protect the country's democracy against coup plotters on the night of July 15.

Turkey has firmly opposed the U.S.-led campaign to topple Venezuela's democratically elected president, Nicolas Maduro. The Venezuelan president has thwarted many coup attempts against his government, as opposition leader Juan Guaido's call on the military appeared not to have triggered a broader revolt. The U.S.' attempt to remove Maduro from power in 2019, the third attempt in one year, turned out to be a bust. After an uprising in Venezuela quickly fizzled out, Maduro blamed the U.S. government for orchestrating a coup attempt against his country. The military has so far supported Maduro and refused to back Guaido, who declared himself interim president in January 2019.