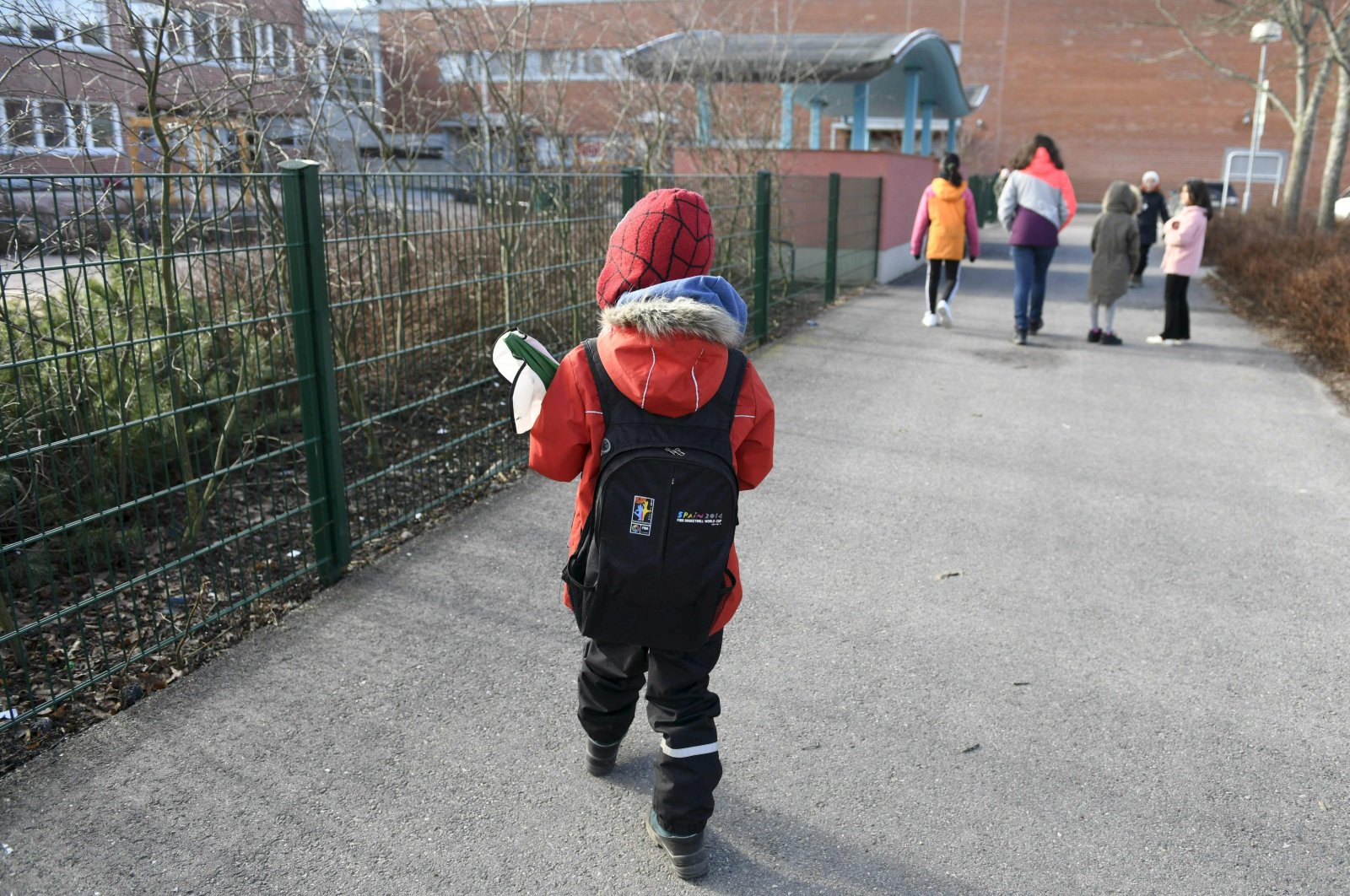 Primary school pupils are on their way to attend classes in Espoo, Finland on March 17, as public schools started shutting down in an attempt to fight the spread of the novel coronavirus. To prevent the spread of growing coronavirus COVID-19 epidemic, all public schools in Finland will be closed from Wednesday, March 18. (AFP Photo)
by Compiled from Wire Services Mar 21, 2020 4:52 pm

In Lithuania, an elderly woman who may have become infected while being treated in a hospital for other illnesses was reported to have died. The patient was being treated in Ukmerge, north of the capital Vilnius, "for a number of other problems," deputy health minister Algirdas Seselgis told reporters.

"We suspect she was infected in the hospital," he said, adding that 160 people have been isolated over the case to track any potential carriers.

The total number of confirmed coronavirus cases in the country amounted to 521 on Saturday, the health authority added.

On the same day, Mauritania's health minister reported the country's first death, just the third in sub-Saharan Africa, as the nation imposed a lockdown to contain the outbreak.

"There have been 14 confirmed cases so far, one of which died on Thursday evening," Health Minister Kailesh Jagutpal said, without providing details about the deceased.