Many countries seek to restart lockdowns as virus surges 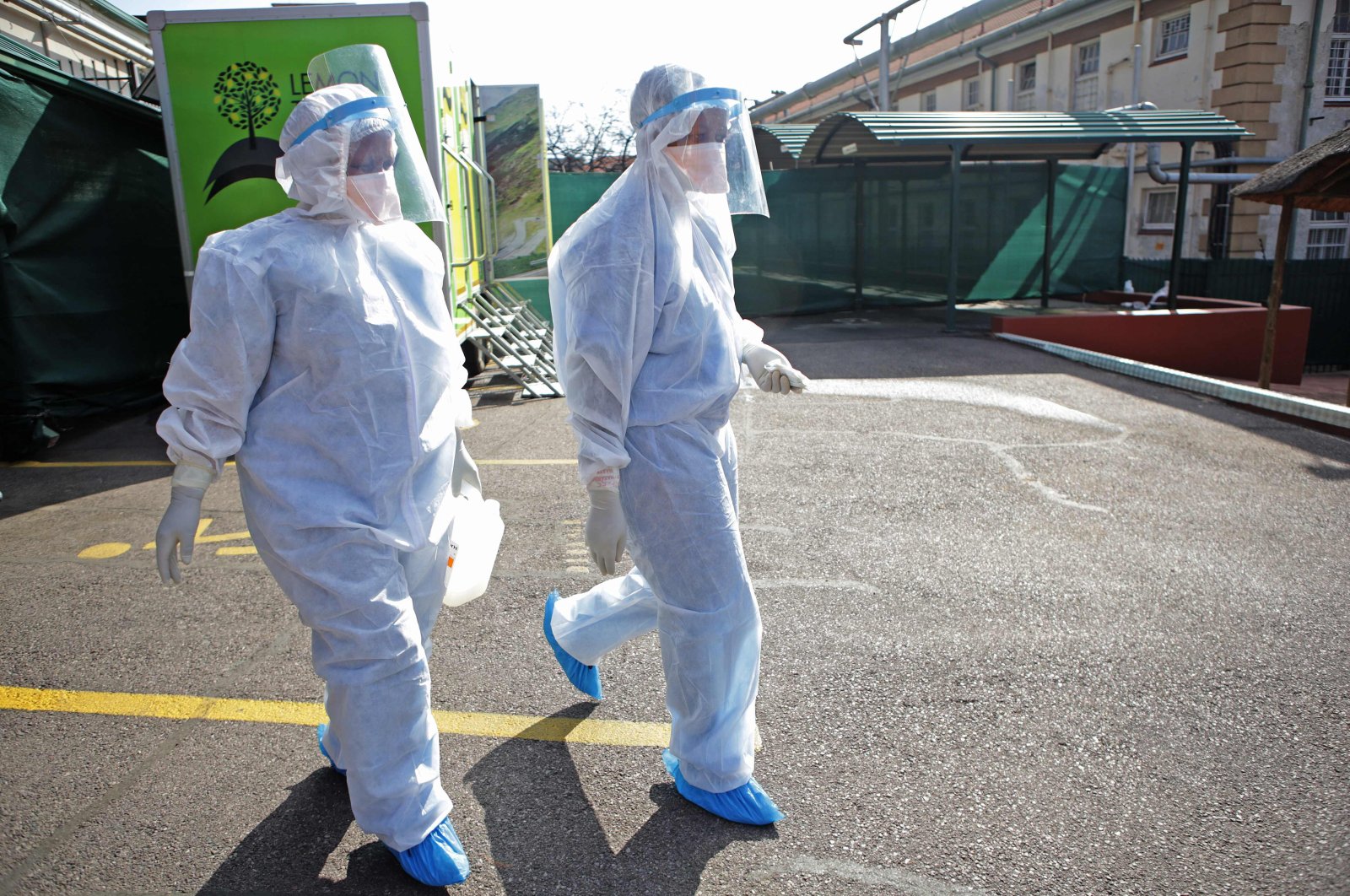 South Africa reimposed a nationwide curfew on Sunday while Spain's Catalonia region forced hundreds of thousands of residents back into lockdown as coronavirus cases accelerated in many parts of the world.
Since the start of July nearly 2.5 million new infections have been reported, a record level since the first outbreak of the disease in China last year, according to an AFP tally. In just a month-and-a-half the number of cases worldwide has doubled, according to the count based on official figures.
South African President Cyril Ramaphosa said his country faced a "coronavirus storm" that was "far fiercer and more destructive than any we have known before" as he reimposed a nighttime curfew and also a ban on alcohol sales lifted barely six weeks ago. "As we head toward the peak of infections, it is vital that we do not burden our clinics and hospitals with alcohol-related injuries," Ramaphosa said. New coronavirus infections have topped 12,000 per day, or 500 per hour, in South Africa in recent days, making it the fourth-biggest contributor to new worldwide cases after the United States, Brazil and India.

Latin America surged past the United States and Canada to become the second-worst affected region in the world for coronavirus deaths, according to an AFP tally on Monday. With 144,758 deaths officially declared by 8 a.m. GMT, the region surpassed the U.S. and Canada's total of 144,023 and is now behind only Europe with 202,505 deaths. Brazil accounts for almost half of Latin America's recorded fatalities. Mexico's official death toll from the coronavirus has risen to 35,006, the health ministry announced on Sunday. The new figures saw Mexico surpass the number of deaths in Italy, which was initially one of the world's worst-affected countries as the disease spread across Europe. They also made Mexico the country with the fourth-highest number of deaths worldwide as of Sunday, after the United States, Brazil and Britain.

In India, several states imposed weekend curfews and locked down high-risk areas as its coronavirus cases surge. The number of infections neared 900,000 on Monday with a record of 28,701 cases reported in the past 24 hours. The total of 878,254 is behind only the United States and Brazil. The Health Ministry on Monday also reported another 500 deaths in the past 24 hours, taking India's total fatalities from COVID-19 up to 23,174. The ministry said the recovery rate was continuing to improve at 63%.
New Delhi, Mumbai, Chennai, Bangalore and Pune are among the Indian cities witnessing a surge in infections. Several states introduced weekend curfews and announced stringent lockdowns in high-risk areas to slow infections. India imposed a national lockdown March 24 that lasted more than two months, but it has mostly reopened.

In Europe, Spain, which has been one of the European countries worst affected by the coronavirus, lifted nationwide confinement last month, when the pandemic seemed to have come under control. But with dozens of new clusters seen around the country, and in particular, in the northeastern Catalan region, local authorities are taking new measures either to lock down small areas or make it mandatory to wear a mask everywhere in public.

Elsewhere in the world, an Israeli minister close to Prime Minister Benjamin Netanyahu on Monday called for an immediate new lockdown to put the breaks on coronavirus infections, which have been spiraling out of control in the Middle Eastern country of 9 million inhabitants. "I believe that we must go to a lockdown now," Energy Minister Yuval Steinitz said in an interview aired on Ynet, the online version of Israel's biggest-selling Yedioth Ahronoth daily. "A lockdown of between 10 and 20 days ... You go to work, the supermarket or the pharmacy," he said, but nowhere else.
The fact that Israel was now on the European Union's "red" list of countries considered unsafe to fly to and from, he warned, would be more devastating to its economy – to its high-tech and other sectors – than temporarily closing local businesses such as restaurants. Although, at 362, its total death toll since the start of the pandemic is relatively low, daily new infections have been climbing steeply since May, when Israel eased a first lockdown imposed in March.