1 killed, 11 others injured in blast near Jerusalem bus stop 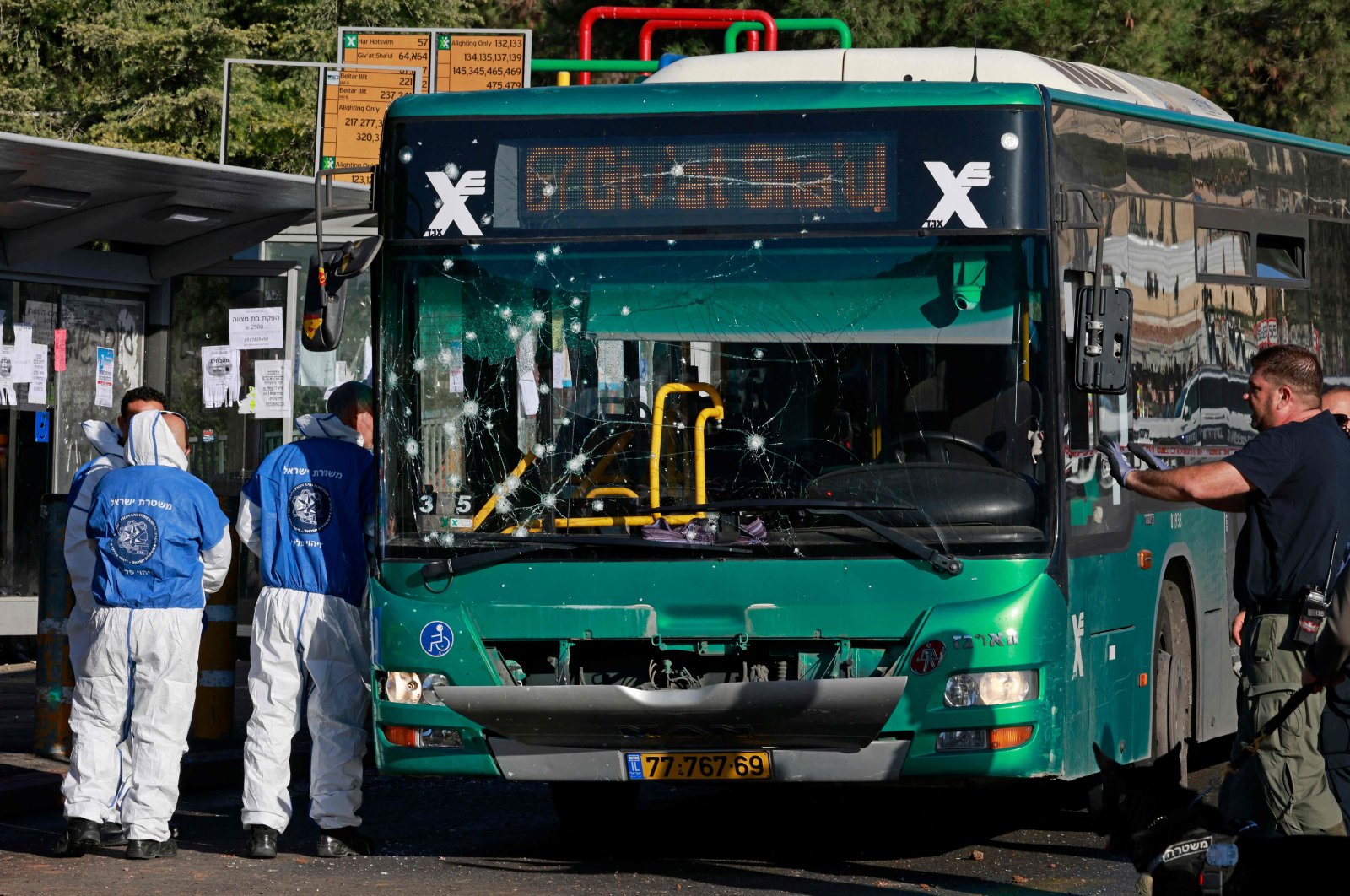 Israeli forensic experts and security forces work at the scene of an explosion in Jerusalem, Israel, Nov. 23, 2022. (AFP Photo)
by Associated Press Nov 23, 2022 9:20 am
RECOMMENDED

At least 1 person was killed and 12 others injured in twin explosions near bus stops on the edge of Jerusalem early Wednesday.

The explosions, treated by police as a suspected Palestinian attack, went off near a bus stop along a highway leading out of the city that is usually packed with commuters.

The first explosion occurred near a typically crowded bus stop on the edge of the city.

The second went off about half an hour later in Ramot, a settlement in the city's north. Police said one person died from their wounds and at least three were seriously wounded in the blasts.

The victim was identified as 15-year-old Aryeh Shechopek, who was heading to a Jewish seminary when the blast went off, according to a notice announcing his death.

Yosef Haim Gabay, a medic who was at the scene when the blast occurred, told Army Radio that "there is damage everywhere here" and that some of the wounded were bleeding heavily.

While the cause was still being determined, the incident came as Israeli-Palestinian tensions are high, following months of Israeli raids in the occupied West Bank prompted by a spate of deadly attacks against Israelis that killed 19 people.

More than 130 Palestinians have been killed in Israeli-Palestinian fighting in the West Bank and East Jerusalem this year, making 2022 the deadliest year since 2006.

The Israeli army claims most of the Palestinians killed have been militants. But stone-throwing youths protesting the incursions and others not involved in confrontations have also been killed.

At least five more people have been killed in the Palestinian attacks against Israelis in recent weeks.

There were reports of a second blast in the neighborhood of Ramot north of the city, which police did not immediately confirm.

Türkiye, in the meanwhile, condemned the attacks targeting civilians. The Turkish Foreign Ministry expressed sorrow over the blasts.

"We condemn this terrorist attack targeting civilians, wish a speedy recovery to the injured, and extend our condolences," said a ministry statement.

It voiced Türkiye's "deep concern" about the recently escalating tension and loss of lives in Jerusalem and the West Bank.