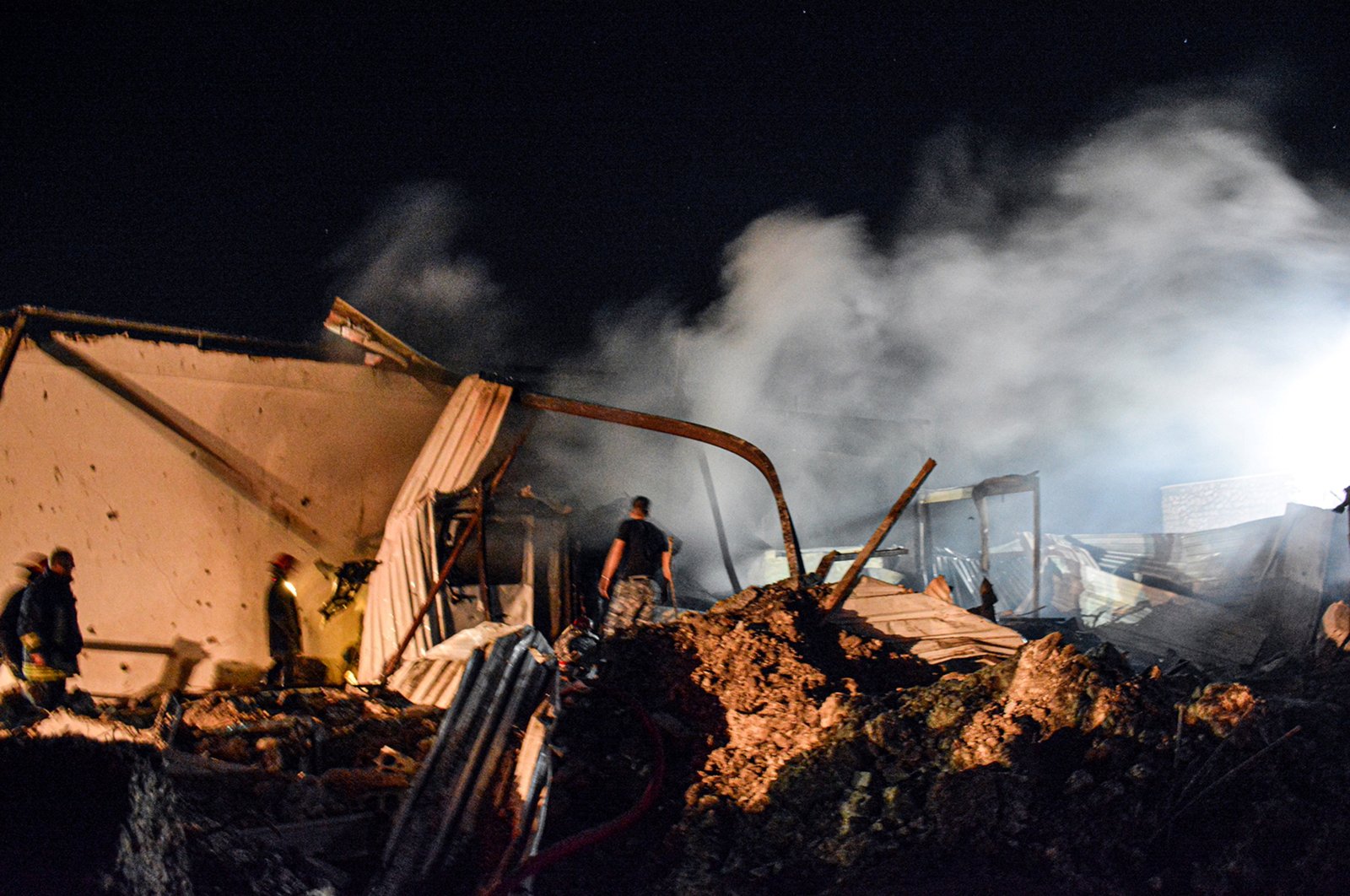 People inspect the damage after pre-dawn raids on the Mediterranean port region of Latakia, Syria, May 5, 2021. (SANA handout via Reuters)
by French Press Agency - AFP May 05, 2021 9:11 am

An Israeli air raid on a region in northwestern Syria, which is the ancestral home of the longtime ruling Assad family, killed one person and wounded six others Wednesday, Assad regime media said.

Since the outbreak of Syria's civil war in 2011, Israel has routinely carried out raids in the country, mostly targeting Iranian and Lebanese Hezbollah forces as well as regime troops.

"The Israeli attack left one civilian dead and six wounded, including a boy and his mother," according to the source, who added that the site was a plastics factory.

They did not release exact details of the targets, but media reports indicated that the towns of Hifa and Masyaf were hit.

The Syrian air defense system was activated to counter Israeli missiles, with "some shot down," the report added.

An attack on the Latakia region is unusual.

In September 2018, Syrian anti-aircraft systems accidentally shot down a plane belonging to ally Russia – killing those on board – after being activated against nearby Israeli missiles.

Israel rarely confirms the strikes, but its army has said it hit about 50 targets in the war-torn country last year, without providing details.