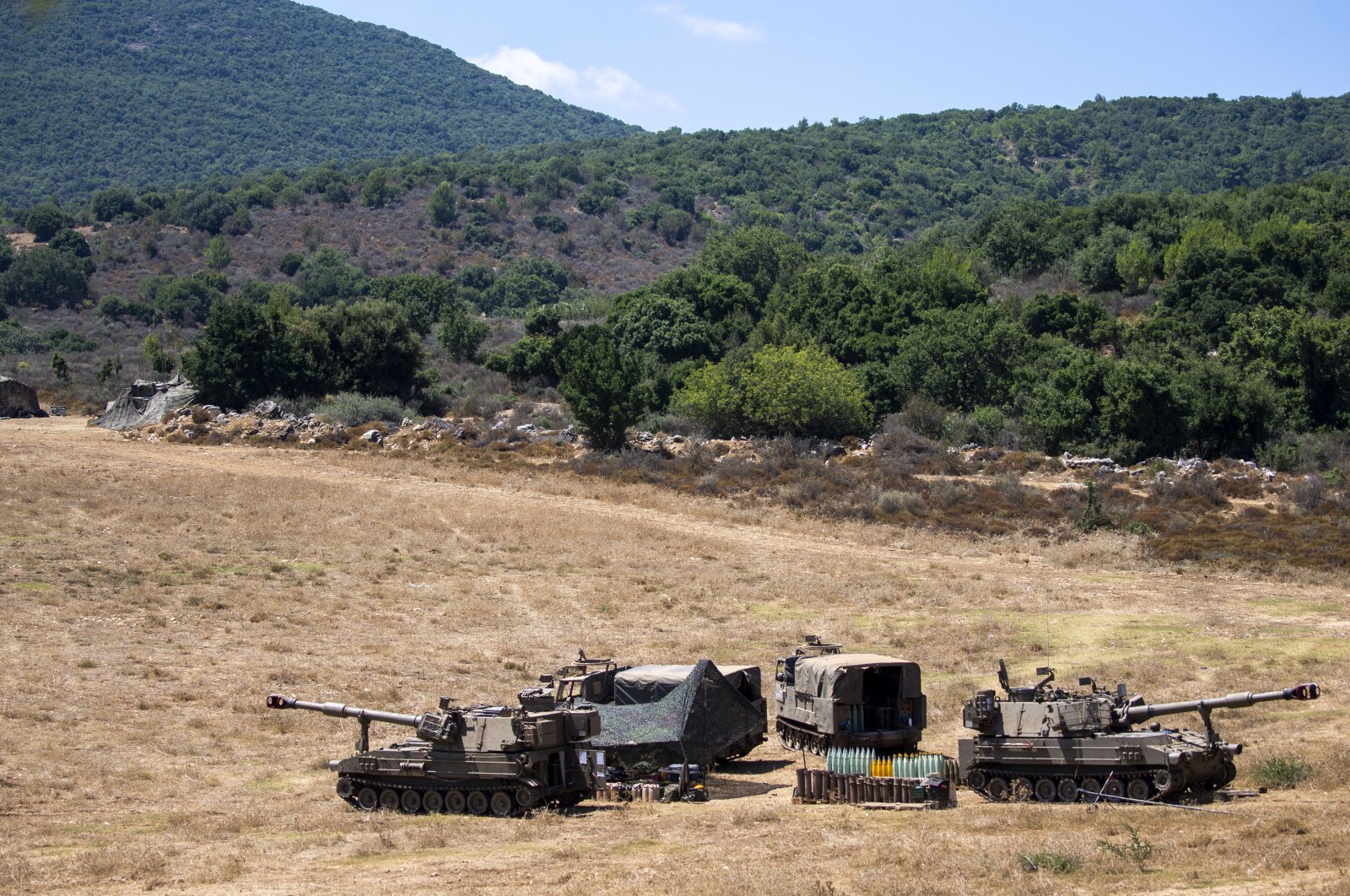 Israeli soldiers sit in a tent next to their mobile artillery piece near the border with Lebanon, northern Israel, Aug. 26, 2020. (AP Photo)
by Agencies Sep 14, 2020 2:34 pm
RECOMMENDED

Suspected Israeli airstrikes in eastern Syria on Monday killed 10 pro-Iran fighters, most of them Iraqis, a war monitor said.

The raids against militant positions in an area close to the town of Boukamal near the Iraqi border took the lives of eight Iraqi and two Syrian combatants, the Syrian Observatory for Human Rights said.

It added that the strike is the third this month in eastern Syria’s Deir el-Zour that borders Iraq.

Israel has stepped up strikes on Syria in recent months in what Western intelligence sources say is a shadow war, approved by Washington, that has undermined Iran’s military power in the region without triggering a major increase in hostilities.

Israel views Iran as a regional menace and has vowed to prevent any permanent Iranian military buildup in Syria, particularly near the frontier.

Earlier this month, Israeli airstrikes on eastern Syria killed 16 Iran-backed fighters, hours after Damascus said it intercepted Israeli missiles fired at a central air base. The Israeli army rarely acknowledges individual strikes but did confirm on Aug. 3 that it had used fighter jets, attack helicopters and other aircraft to hit military targets in southern Syria.

In recent months, Israeli officials have expressed concern that Hezbollah, the Iran-backed Lebanese group that operates in Syria, is trying to establish facilities to produce precision-guided missiles.