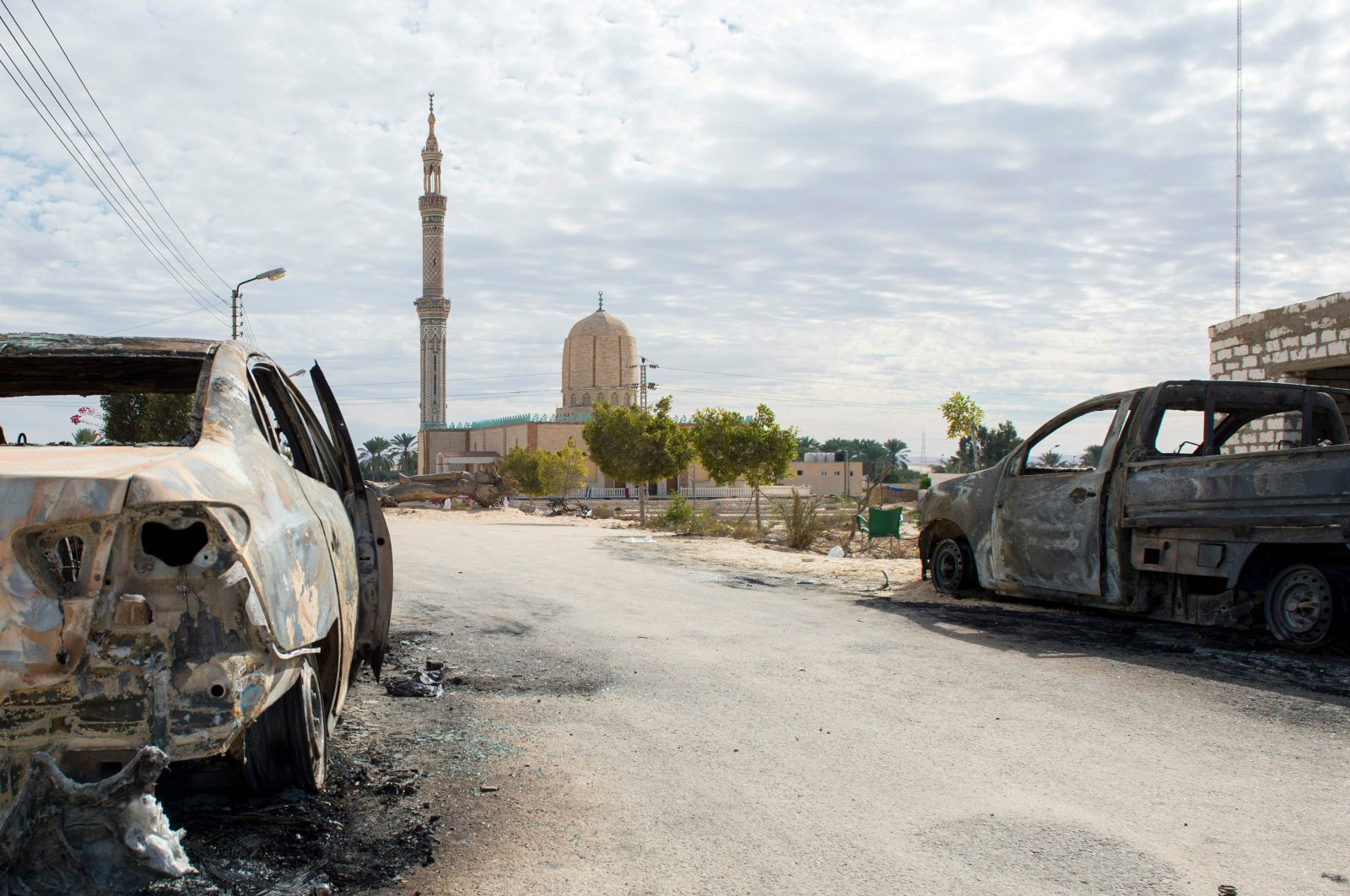 A picture taken on November 25, 2017, shows the Rawda mosque, roughly 49 kilometres west of the north Sinai capital of El-Arish, after a gun and bombing attack armed attackers killed at least 235 worshippers in a bomb and gun assault on the packed mosque in Egypt's restive north Sinai province, in the country's deadliest attack in recent memory. (AFP Photo)
by Compiled from Wire Services May 03, 2020 5:14 pm

Egypt's military said Sunday that 15 of its men had died or been wounded in operations in the Sinai Peninsula recently and that 126 suspected militants had been killed.

The military publishes updates on its operations in Sinai every few months, without giving a specific time frame.

The statement came three days after the military said 10 personnel were killed or wounded in an attack near Bir al-Abd in North Sinai. Daesh claimed the attack.

The Interior Ministry later said 18 suspected militants had been killed in a shootout near Bir al-Abd.

Militants loyal to Daesh are active in the northern part of the Sinai Peninsula, where Egypt has been battling an insurgency for years.

Human rights organizations accuse Egypt of carrying out extrajudicial executions, forced evictions and collective punishment as part of the crackdown.

The military has denied such accusations, saying it takes the lives of civilians into consideration during operations.

Egypt has seen a rise in terrorist attacks mainly targeting security forces and the country's minority Christian community since the military toppled democratically elected President Mohamed Morsi in 2013. Most attacks took place in the northern part of the Sinai Peninsula, which borders Israel and the Gaza Strip but have also spread to the mainland. Egypt has been struggling to contain an insurgency for years.