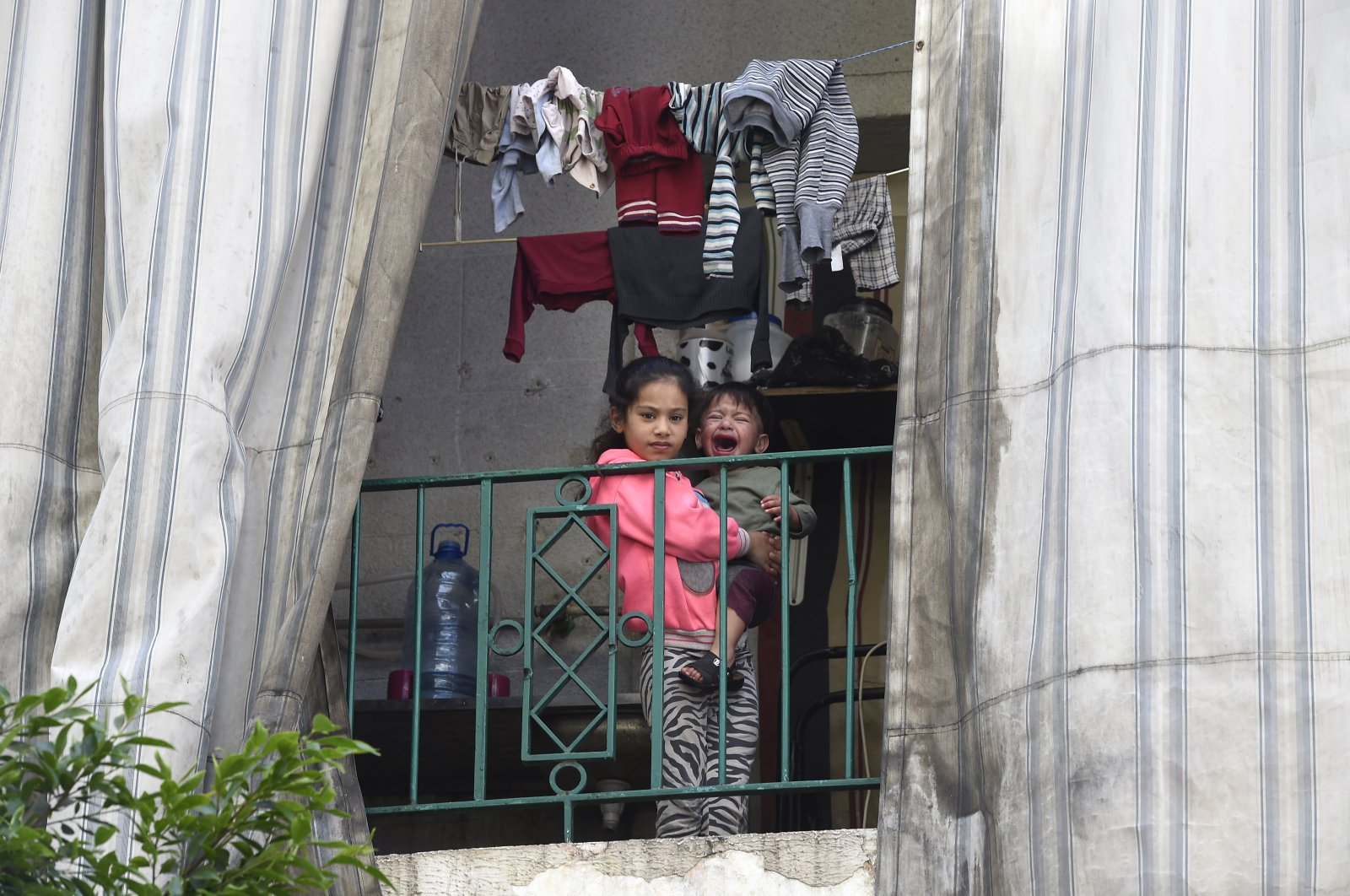 A Syrian refugee girl holds her crying younger brother as she looks on from a balcony in a residential building where Syrian refugees who have tested positive for the novel coronavirus remain quarantined in Beirut, Lebanon, May 20, 2020. (EPA Photo)
by French Press Agency - AFP May 27, 2020 4:18 pm
RECOMMENDED

At least 15 Syrian refugees living in the same building in eastern Lebanon have tested positive for COVID-19, the United Nations said Wednesday, ahead of plans to screen thousands of refugees.

"There are 15 confirmed cases of COVID-19 among Syrian refugees in Majdal Anjar," a town in the Bekaa Valley, said Lisa Abou Khaled of the U.N. High Commissioner for Refugees (UNHCR).

Before the outbreak in Majdal Anjar, only one other Syrian refugee in Lebanon had tested positive for COVID-19, the UNHCR says.

Among Lebanon's Palestinian refugee population, at least six cases have been detected in a camp in the Bekaa Valley.

Although the coronavirus outbreak among Lebanon's refugee population remains limited, aid groups are concerned that overcrowded settlements could make refugees especially vulnerable to the virus.

The new COVID-19 cases in Majdal Anjar are now in self-isolation, receiving food and disinfection kits from the UNHCR, Abou Khaled said.

The spokesperson said the UNHCR and Lebanon's health ministry have "initiated a testing campaign in informal settlements and collective shelters, focusing on areas with a high concentration of refugees."

"Thousands of refugees will be included in the testing campaign ... over the next weeks," she added.

UNHCR covers the cost of screening, medical treatment and hospitalization for refugees infected with the coronavirus.

Lebanon, a small country of 4.5 million people, says it hosts 1.5 million Syrians, including nearly a million refugees registered with the U.N.