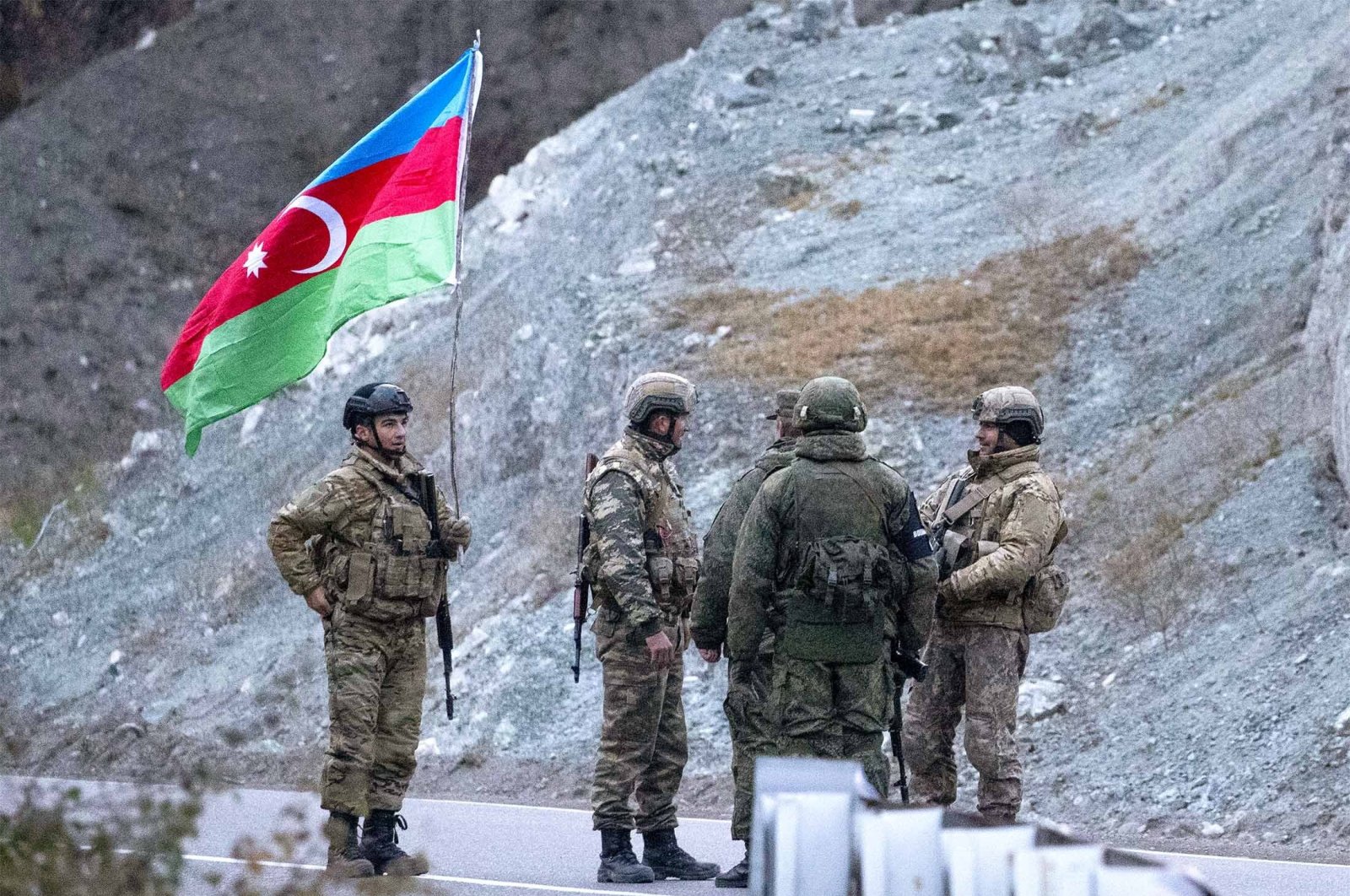 Russian peacekeepers and Azerbaijani servicemen near the village of Dadivank, Kalbajar district, Azerbaijan, Nov. 25, 2020 (Getty Images)
by DAILY SABAH WITH AGENCIES Jul 28, 2021 9:12 am

Two Azerbaijani soldiers were wounded and three Armenian troops lost their lives in renewed border clashes between the two countries in the Kalbajar region.

In a statement released early Wednesday, the Azerbaijani military said that on July 28 from about 12:50 a.m. "Armenian armed forces units from the combat positions located in various directions in the territory of the Basarkechar region using small arms and grenade launchers have once again subjected to fire the positions of the Azerbaijan Army in the territory of the Kalbajar region."

Soldiers Aliyev Sadig Nizami and Imranli Imran Dilgam were wounded in the shelling, the statement said. "The servicemen were provided with urgent medical assistance. There is no danger to their lives."

"We reaffirm that Armenia bears full responsibility for the escalation of tensions along the state border between the two countries," the statement added.

The Armenian Defense Ministry, on the other hand, stated that: “As a result of armed action launched following an attack by Azerbaijani forces, there are three dead and two wounded from the Armenian side.”