2 killed, 150 injured after stands collapse in synagogue near Jerusalem 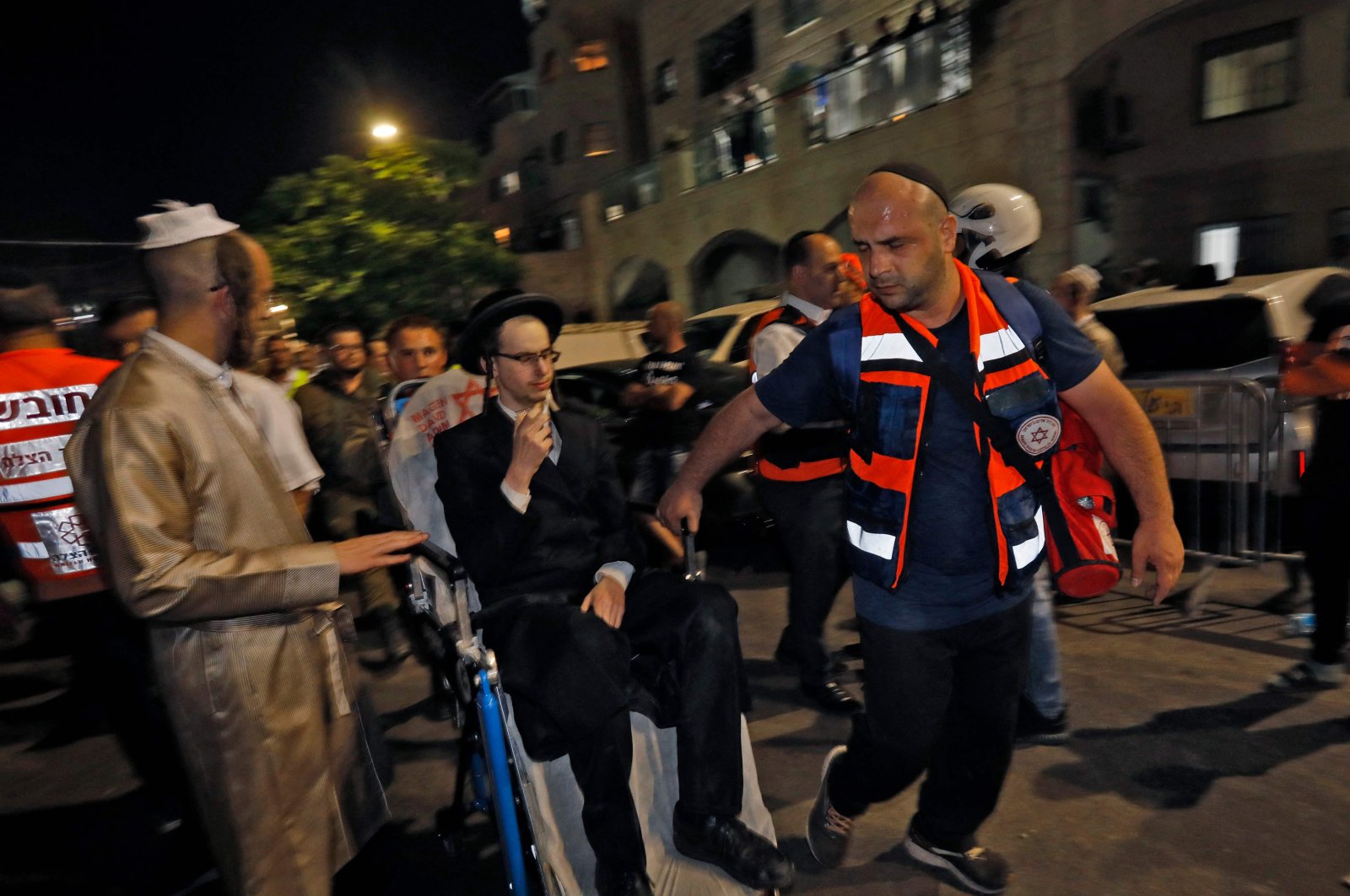 Israeli medics evacuate an injured an ultra-Orthodox Jewish man after the collapse of grandstand seating at a synagogue in the Israeli settlement of Givat Zeev in the occupied West Bank outside Jerusalem, on May 16, 2021. (AFP Photo)
by French Press Agency - AFP May 16, 2021 9:21 pm

At least two worshippers were killed and more than 150 injured after the collapse of a grandstand seating at a synagogue in the Israeli settlement of Givat Zeev in the occupied West Bank.

The structure was "under construction," he said.

A police spokesperson said 650 worshippers were at the Givat worship site for the start of the Jewish holiday of Shavuot.

The incident comes just weeks after a stampede that killed 45 people at a Jewish pilgrimage site.