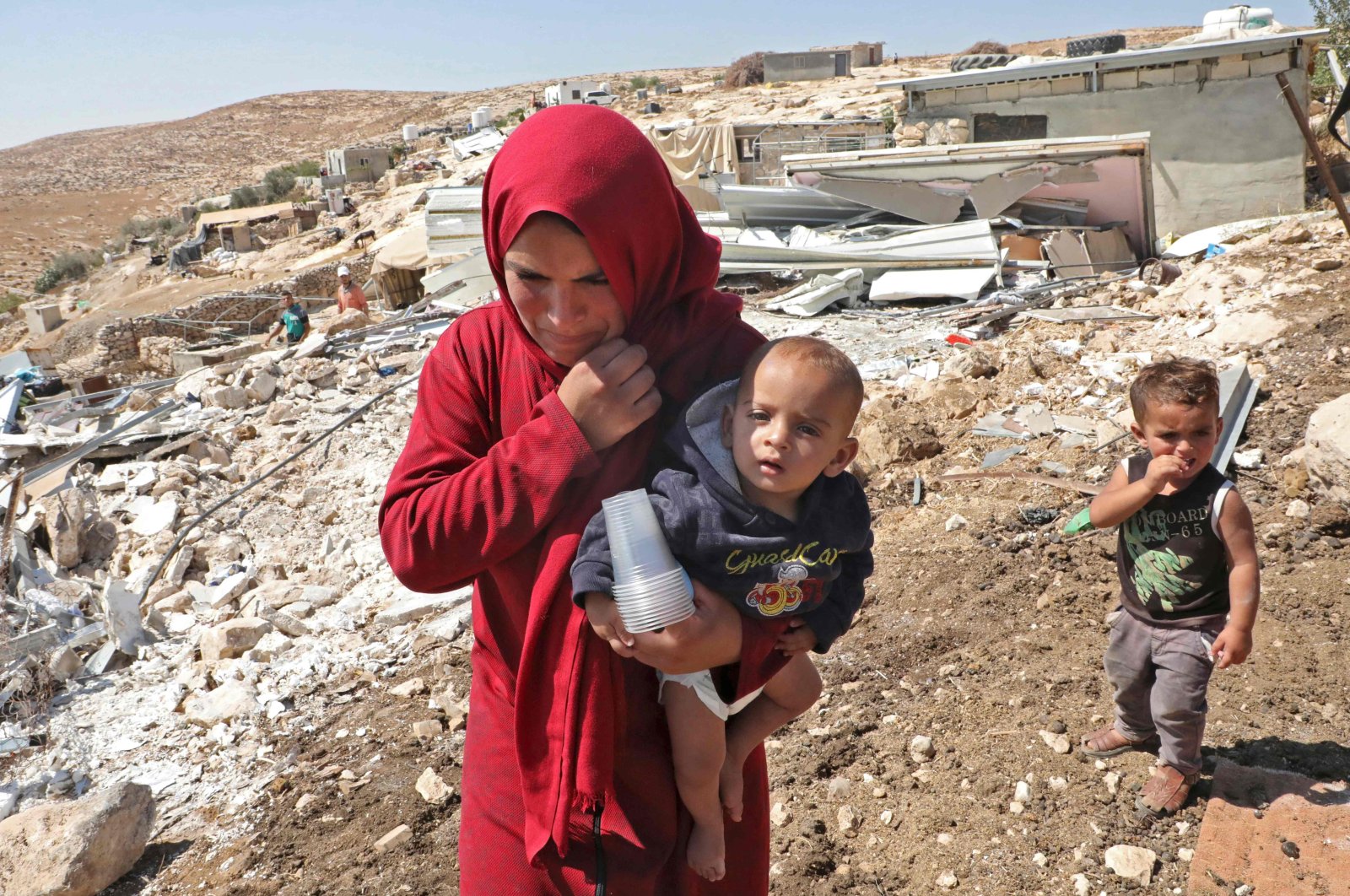 A Palestinian woman walks carrying a baby past wreckage of mobile homes built with European Union funding and destroyed by Israeli forces in the village of Mufagara south of Yatta near Hebron, as they were purportedly built without Israeli authorization, occupied West Bank, Sept. 11, 2019. (AFP Photo)
by Anadolu Agency Aug 20, 2020 10:53 pm

That policy has ramifications for parents of newborns because it means they will not be allowed to travel abroad with their children.

Israel only recognizes Arab babies born in Palestinian territories if the Palestinian Authority (PA) officially provides their names to the Israeli government. But the practice was stopped when Palestinian President Mahmoud Abbas decided to halt projects and coordination with Israel after Tel Aviv announced plans to annex parts of the occupied West Bank.

Israel, as an occupying power, controls crossings in the West Bank and can prevent Palestinians from traveling.

It also has a complete database of all Palestinian citizens.

Yousef Harb, the undersecretary of the Palestinian Interior Ministry, told Palestinian official news agency WAFA that "the ministry issues all needed documents for Palestinians including passports, ID cards and death certificates and has issued more than 25,000 birth certificates since May."

Harb noted that Israel was using the practice of not recognizing babies to pressure Palestinians into capitulation to Israeli overreach. Parents who are barred from traveling with their babies are most affected by the practice.

"The (Israeli) occupation practices blackmail against our Palestinian people and this is not something new," he added.