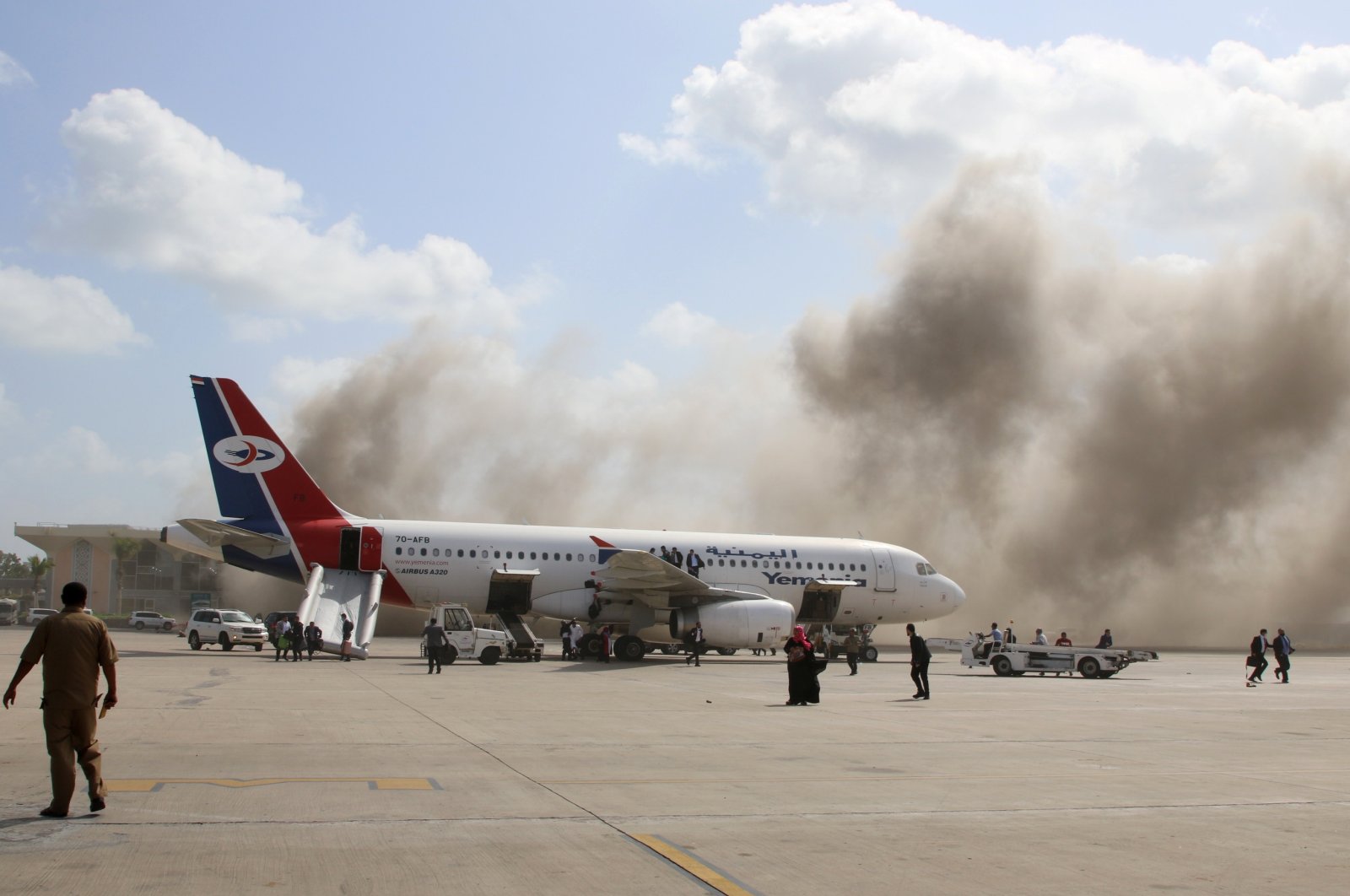 At least 26 people were killed and 60 more wounded in an attack on Aden International Airport, shortly after a plane carrying a newly formed government for Yemen arrived from Saudi Arabia on Wednesday, a Yemeni health official said.

A large explosion struck the airport in the southern Yemeni city of Aden as a plane carrying the newly formed Cabinet landed there, security officials said. The source of the blast was not immediately clear and no group claimed responsibility for the explosion. No one on the government plane was hurt but officials at the scene said they saw bodies lying on the tarmac and elsewhere at the airport.

Images shared on social media from the scene showed rubble and broken glass strewn about near the airport building and at least two lifeless bodies, one of them charred, lying on the ground. In another image, a man was trying to help another man whose clothes were torn to get up from the ground, according to The Associated Press (AP).

The ministers, headed by Saeed, were returning to Aden after being sworn in last week as part of a reshuffle following a deal with rival southern separatists.

Yemen’s internationally recognized government has worked mostly from self-imposed exile in the Saudi capital of Riyadh during the country’s yearslong civil war.

Yemen’s embattled President Abed Rabbo Mansour Hadi, in exile in Saudi Arabia, announced a Cabinet reshuffle earlier this month. The reshuffle was seen as a major step toward closing a dangerous rift between his internationally recognized government and southern separatists backed by the United Arab Emirates (UAE).

Hadi's Saudi-backed government is at war with Iran-allied Houthi rebels, who control most of northern Yemen as well as the country's capital, Sanaa. Last year, the Houthis fired a missile at a military parade of newly graduated fighters of a militia loyal to the UAE at a military base in Aden, killing dozens.

The United Nations special envoy for Yemen, Martin Griffiths, condemned the explosion as an "unacceptable act of violence.” He said in a tweet that the attack was "a tragic reminder of the importance of bringing #Yemen urgently back on the path towards peace.”

"We strongly condemn the heinous attack that took place after the plane, which was carrying members of the newly formed government for Yemen under the chairmanship of Prime Minister Maeen Abdulmalik Saeed, who took office last week, landed at Aden Airport," it said in a statement.

"We extend our condolences to the brotherly people of Yemen, praying Allah bestows mercy upon those who have lost their lives and a speedy recovery to the injured," the statement added.

Shortly after the attack, another loud blast was heard around Aden's presidential palace, where the newly formed Yemeni cabinet was transferred, two residents and local media said. It was unclear what caused the explosion and there were no immediate reports of casualties.