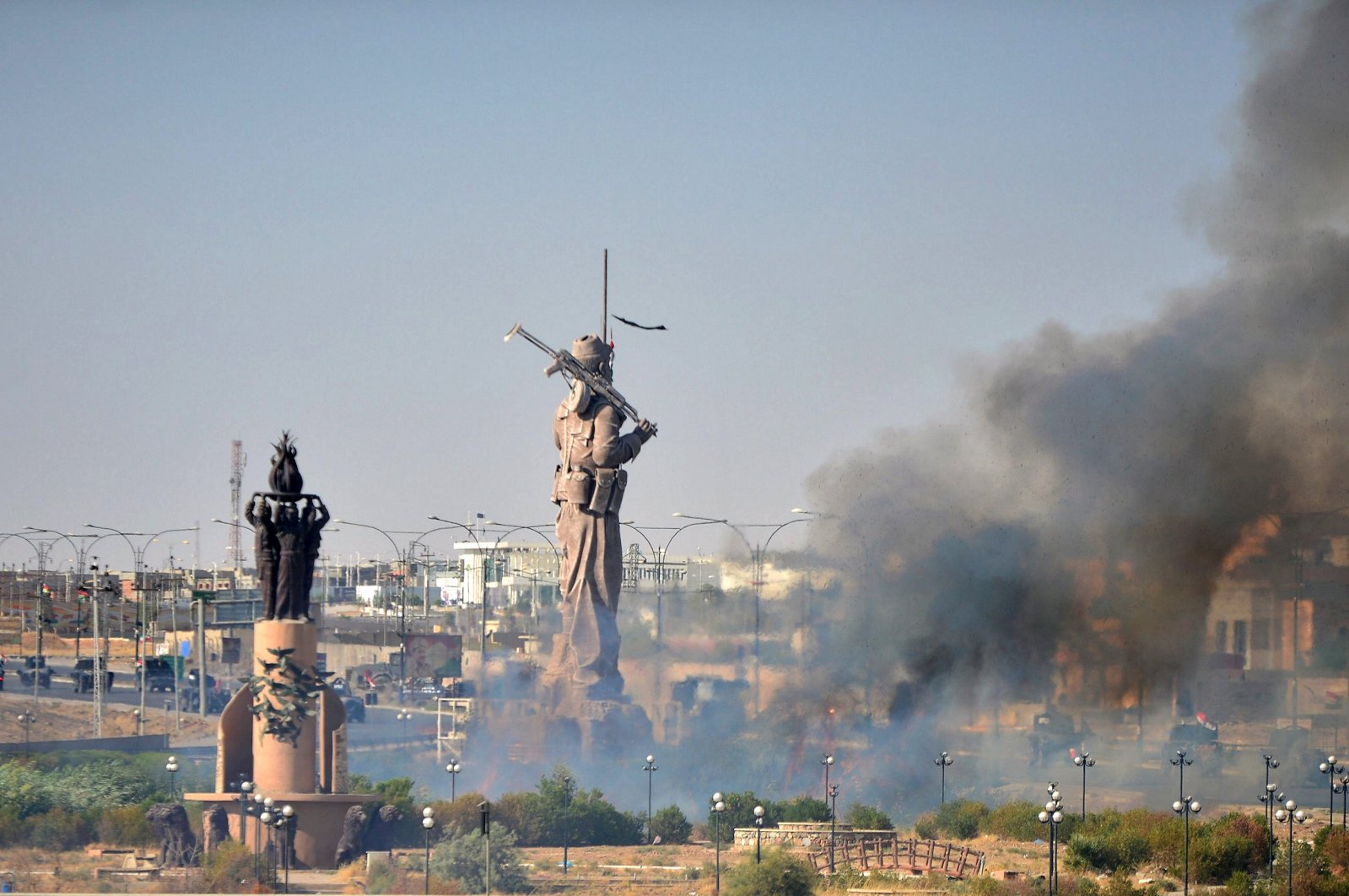 A militant wearing a suicide vest struck an intelligence bureau in northern Iraq on Tuesday, wounding at least three members of the security personnel, Iraqi officials said, blaming the attack on the Daesh terrorist organization.

Iraqi security forces had spotted two men, one wearing an explosive vest and a driver, approaching the gate of the Intelligence and Counter-Terrorism Directorate in the Qadisiyah neighborhood in the northern city of Kirkuk, a security official said.

The man hurled a grenade and then detonated his explosives vest before entering the premises, the official said. The other man, apparently the driver, sped away from the the scene.

There was no claim of responsibility by the Daesh group, which was largely defeated in Iraq in 2017 but still maintains sleeper cells to target Iraqi forces. Suicide bombings were a hallmark of the militant group, which at the height of its power in 2014 controlled nearly a third of both Iraq and Syria.

A senior Iraqi intelligence official told The Associated Press (AP) that the department "had knowledge that Daesh would carry out a suicide operation against the Intelligence Directorate, but we did not know on which day."

Both the security official and the senior intelligence official spoke on condition of anonymity because they were not authorized to talk to the media.

The attack was the first attempted suicide bombing in recent months, coming amid minor Daesh attacks in the provinces of Kirkuk, Diyala and Salahaddin. The provinces' rugged terrain is difficult to police and a territorial dispute between the federal government in Baghdad and Iraq's semi-autonomous northern Kurdish region has led to security gaps in the area.

The U.S.-led coalition recently withdrew troops from its bases in the region, including in Kirkuk, in line with a planned drawdown of forces that would reduce the coalition's presence to bases in Baghdad and the western Anbar province.