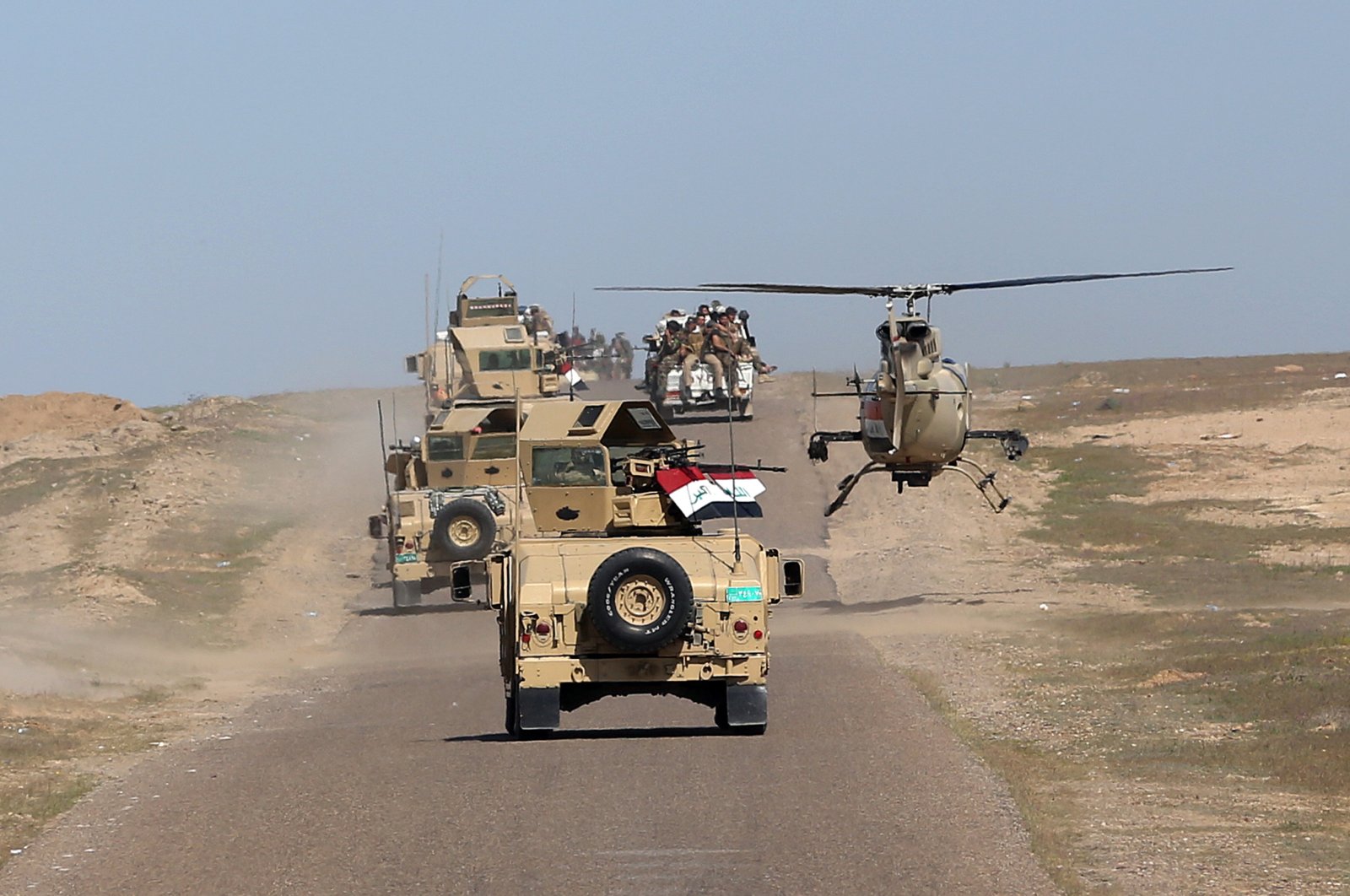 In this photo taken March 9, 2016, Iraqi Defense Minister Khaled al-Obeidi's convoy tours the front line in their fight against Daesh terrorists in the Samarra desert, on the border between Anbar and Salahuddin provinces, Iraq. (AP Photo)
by Anadolu Agency Apr 05, 2020 6:37 pm
Edited By Nurbanu Tanrıkulu Kızıl

"Daesh terrorists targeted a military point of the Iraqi army west of Rutba town in the western part of Anbar province by light and medium weapons," an army source told Anadolu Agency on condition of anonymity as he is not authorized to speak to media outlets.

The attack resulted in the death of all four soldiers at the military point, and terrorists managed to leave the scene unscathed.

Although officials in Baghdad say Daesh's presence in the country has been largely eradicated, the terrorist group has continued to stage sporadic attacks in Iraq's Nineveh, Kirkuk, Diyala, Saladin and Anbar provinces.