4 Palestinians injured in clashes with Israeli police in Jerusalem 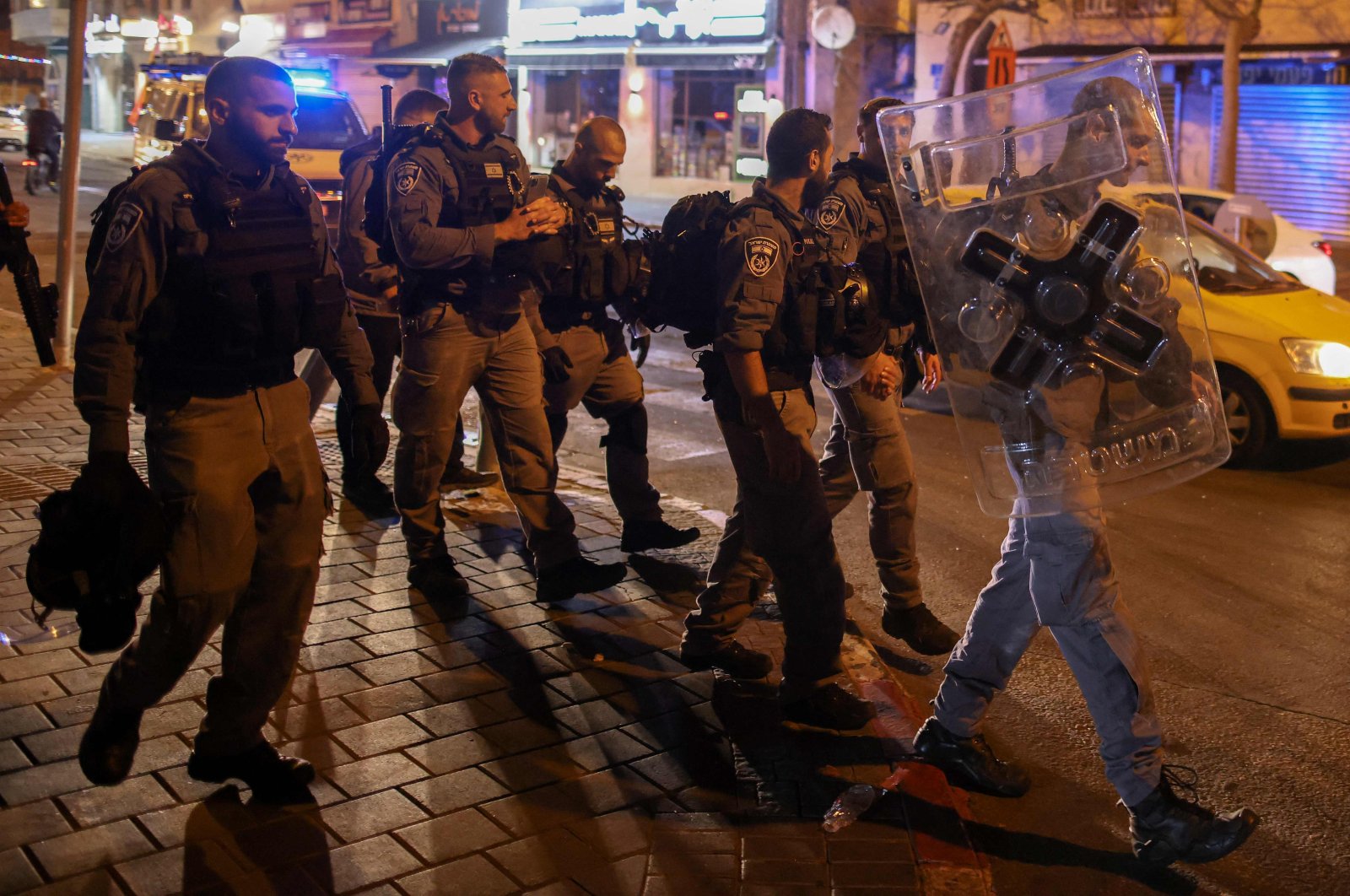 At least four Palestinians were injured in clashes prompted by Israeli police blocking access to a popular gathering spot during the holy Muslim month of Ramadan in occupied East Jerusalem, the Palestinian Red Crescent said Monday.

Police said they made three arrests after the Jerusalem clashes, during which they used tear gas and water cannon to disperse a large crowd gathered outside one of the gates to the walled Old City, video posted on Twitter showed.

Police said the crowd attacked officers with stones and firecrackers but caused no casualties.

The Palestinian Red Crescent said four people in the crowd were wounded.

During the Muslim holy month of Ramadan, when the faithful fast from dawn to dusk, the promenade around the walls of the Old City is a popular place for Palestinians to gather after dark.

"We need zero tolerance, an iron fist and to bring all the perpetrators to justice," Smotrich tweeted.

In Jaffa, the unrest began when residents assaulted the head of a Jewish seminary, Rabbi Eliyahu Mali, police said, adding that they had arrested two suspects in their thirties.

After the assault, groups of Jaffa residents faced off with seminary students in the streets. Police in riot gear and on horseback rode through the neighborhood, where residents set off firecrackers and clouds of smoke hung in the air.

Police said officers were attacked with stones and firecrackers and two were injured. Three people were arrested.