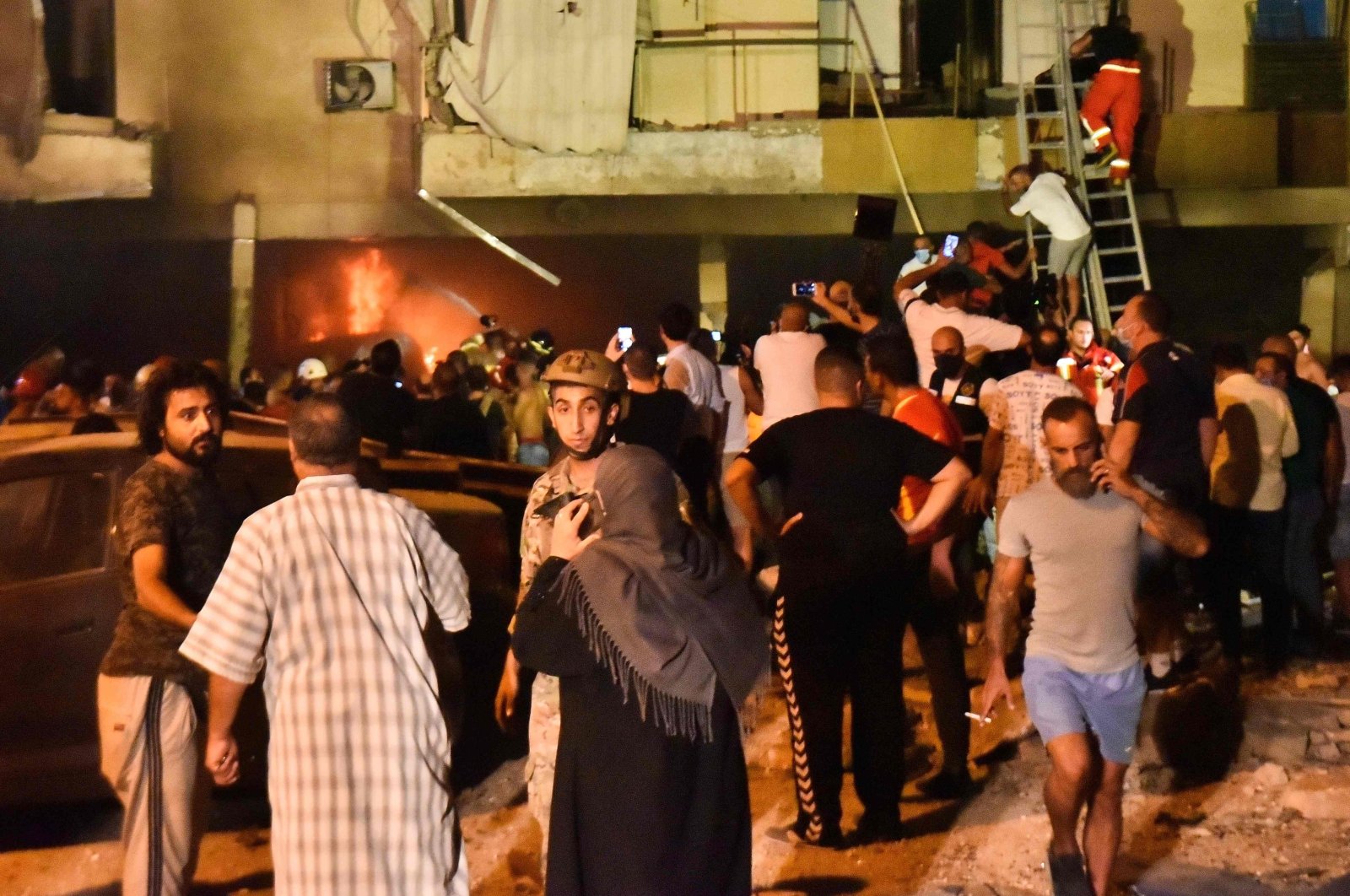 It was not immediately clear what triggered the blast in the western neighborhood of Tariq Jadidah. The country's state-run National News Agency said the blaze erupted inside a bakery in the basement of the building.

Firefighters quickly put out the blaze and later helped residents stuck in their apartments to climb down ladders. Lebanese troops were also deployed to the area to move onlookers away from the scene.

The explosion came two months after a massive blast at Beirut’s port killed nearly 200 people, injured about 6,500 and caused damage worth billions of dollars. Nearly 3,000 tons of ammonium nitrate, a highly explosive chemical used in fertilizers, exploded at Beirut’s port on Aug. 4. The material had been stored at the facility for six years.

It is still not known what ignited the nitrate but more than two dozen people, many of them port and customs officials, have since been detained.

In other parts of Lebanon, wildfires have erupted in forests amid a heatwave hitting the Mediterranean country. Some of the fires broke out in villages along the border with Israel. The state-run news agency said a mine exploded in the Wazzani area due to the fire. There were no casualties reported.

In neighboring Syria, wildfires have killed two people and caused respiratory problems for about 20 others in the coastal province of Latakia, the Health Ministry said.