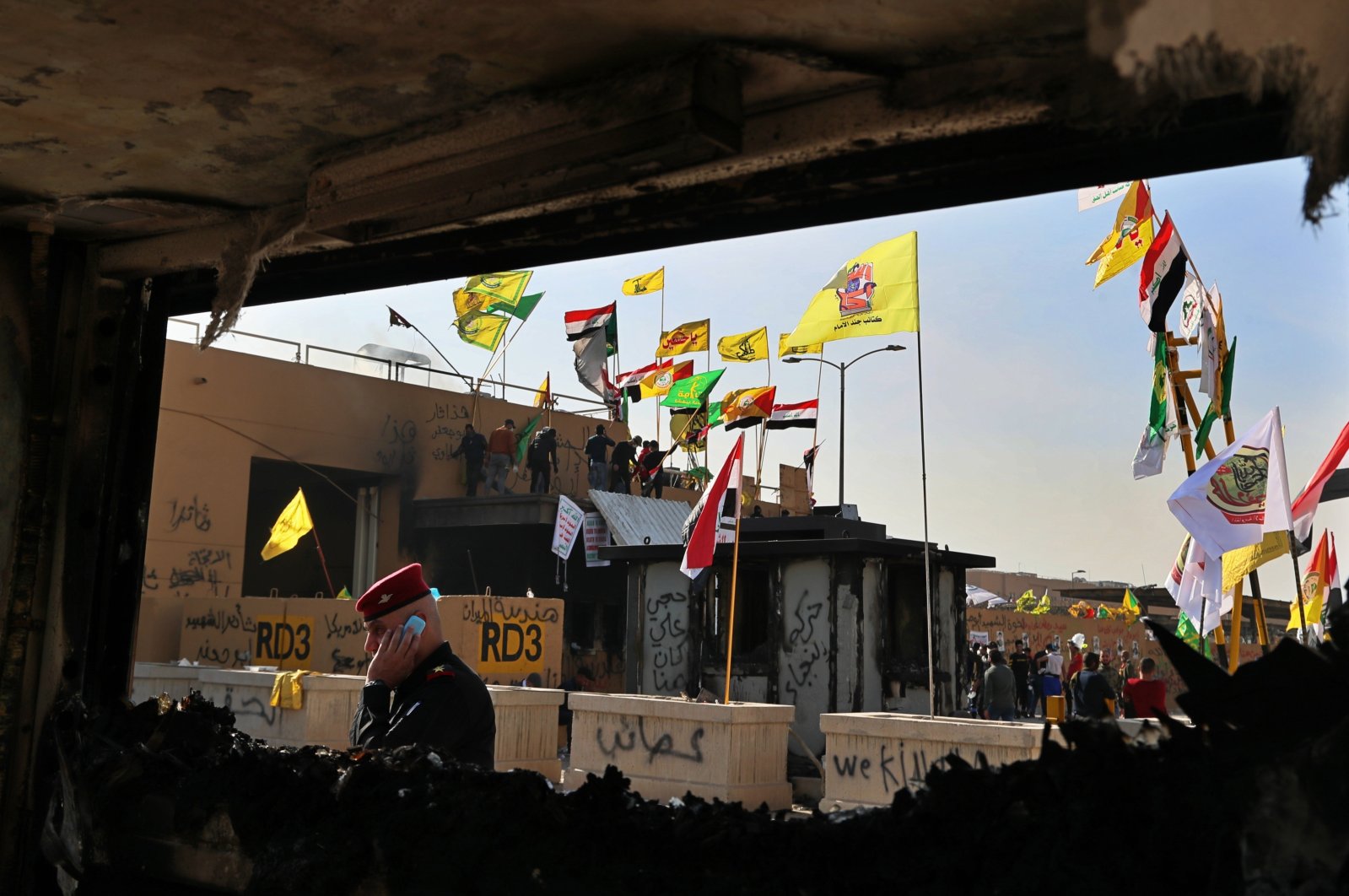 Pro-Iranian militiamen and their supporters are seen through a broken window of a burned checkpoint in front of the U.S. embassy in Baghdad, Iraq, Jan. 1, 2020. (AP Photo)
by ASSOCIATED PRESS
Nov 17, 2020 11:48 pm

The rockets were fired from the al-Amin al-Thaniyah neighborhood of Baghdad, according to the military's statement.

Two Iraqi security officials said the rockets struck just 600 meters (2,000 feet) from the U.S. Embassy and were intercepted by the C-RAM air defense system installed by the U.S. earlier this year.

Two Iraqi security forces personnel were wounded, the officials said. They spoke on condition of anonymity in line with regulations.

Frequent attacks targeting the embassy have led Washington to threaten to close its Baghdad diplomatic mission and sparked a diplomatic crisis prior to the U.S. federal election.

In mid-October, Iran-backed militia groups announced they would temporarily halt attacks targeting the American presence in Iraq, including the embassy, on the condition that U.S.-led coalition troops withdraw from the country.

The attack comes after a recent announcement by the Pentagon that it would reduce troop levels in Iraq from 3,000 to 2,500.

A planned drawdown has been underway in Iraq for months, with coalition troops withdrawing from several Iraqi bases.