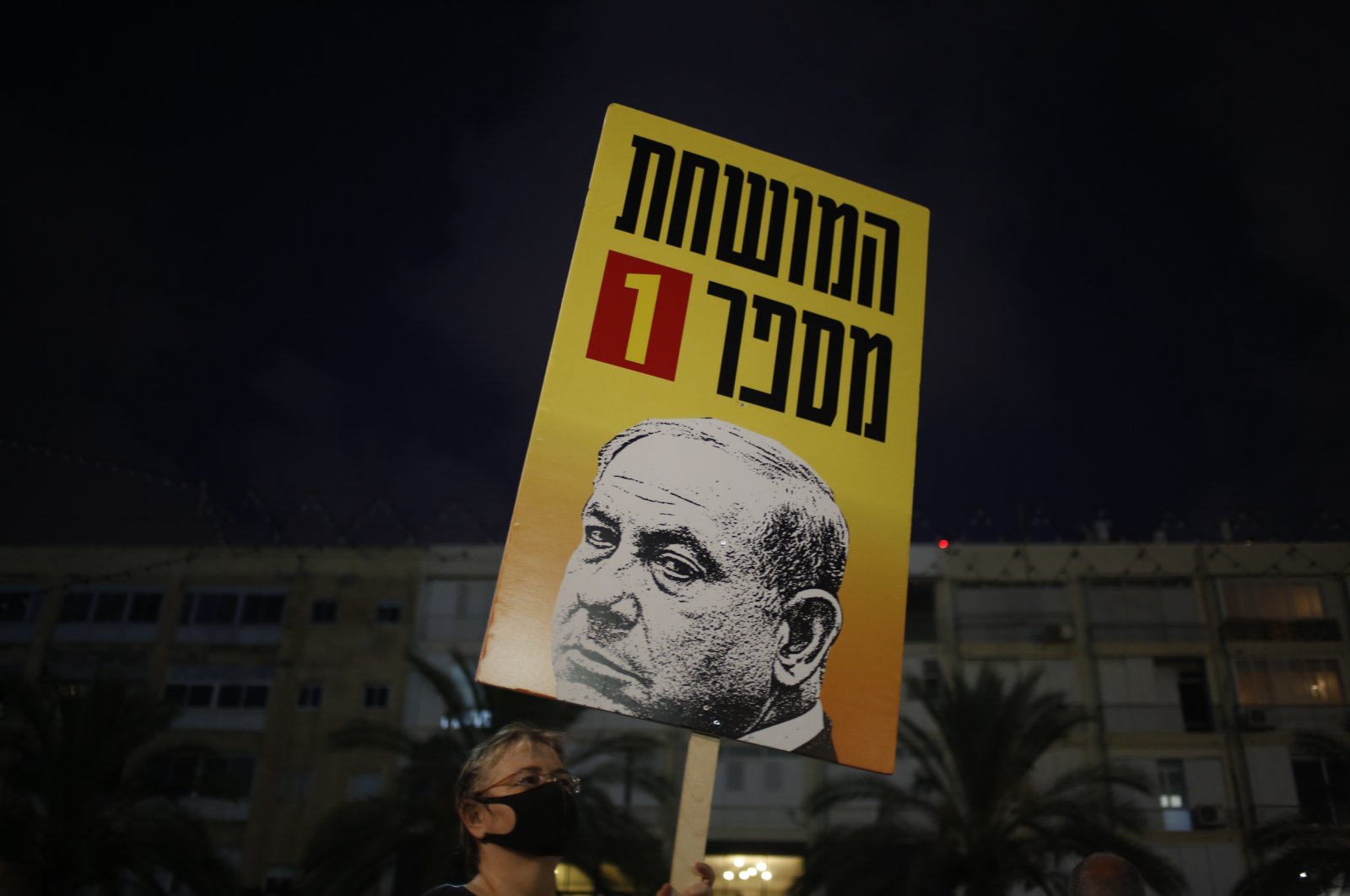 The Times of Israeli newspaper said clashes erupted when police and municipal inspectors cleared a protest site for the second time near Netanyahu's official residence.

Six protesters were injured during the confrontation with the police.

The protest was part of the "Black Flags" movement, which in recent months has organized numerous protests demanding Netanyahu's resignation.

Netanyahu, 70, is the first Israeli prime minister to face trial while in office, and he denies accusations of bribery, fraud and breach of trust.

In a statement, protest organizers said, "A group of about 30 policemen, police officers and city inspectors attacked the encampment at Balfour (Street) and the demonstrators, who are permitted to be there."

"Without identifying themselves or presenting any (court) order they began to violently confiscate the protesters' private property, without an explanation as to why the property was seized. Police and inspectors removed signs hung ... in coordination with police yesterday, and inspectors clashed with civilians," the statement said.

But the Jerusalem municipality denied accusations of using violence, saying: "This morning, again, the equipment that was placed without a permit and disturbed the peace was removed. Every allegation of the use of violence has been examined and found to be false."