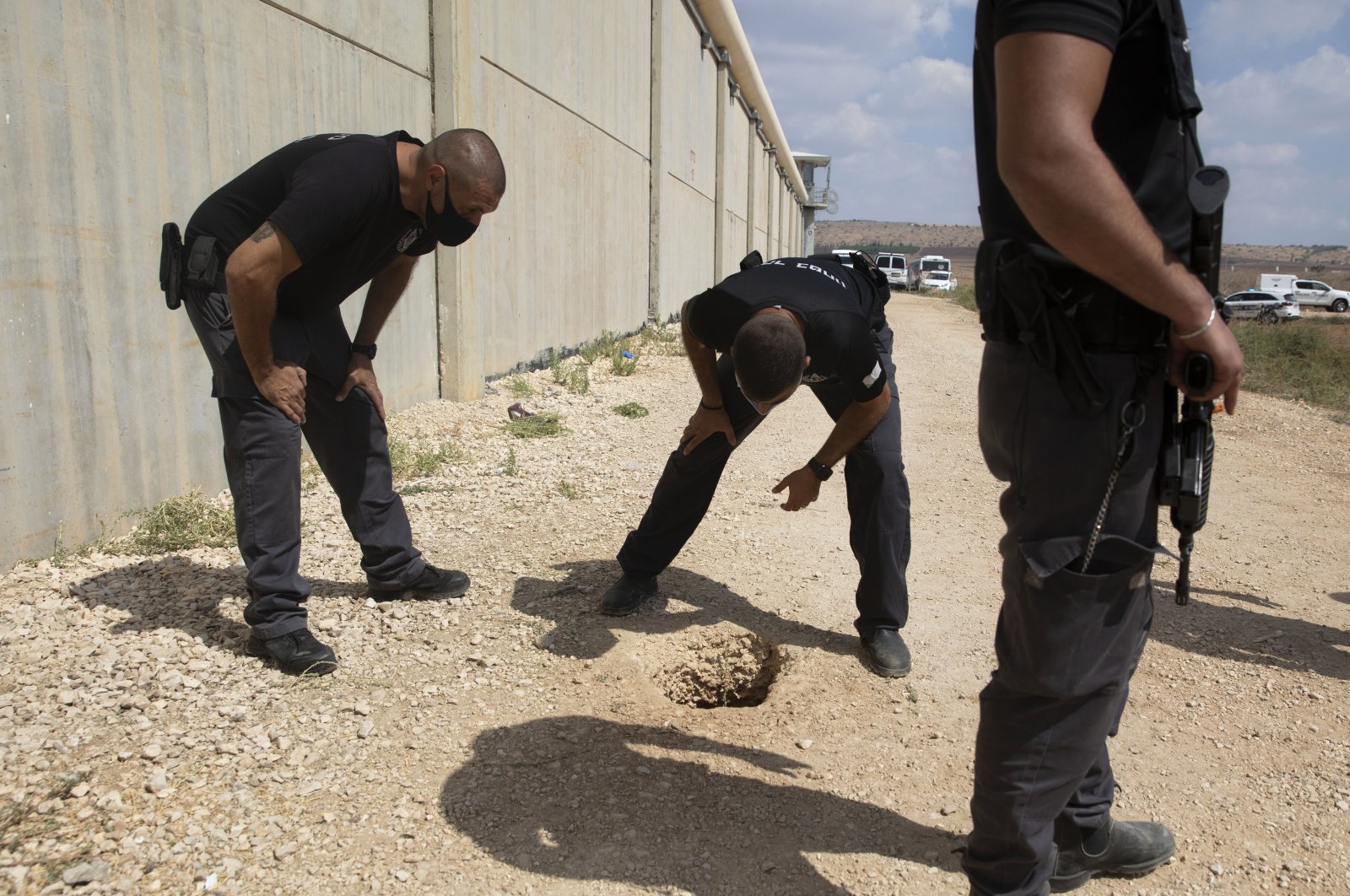 Police officers and prison guards inspect the scene of a prison escape outside the Gilboa prison in northern Israel, Monday, Sept. 6, 2021. (AP Photo)
by ASSOCIATED PRESS Sep 06, 2021 10:10 am
RECOMMENDED

Israeli forces on Monday launched a massive manhunt in northern Israel and the occupied West Bank after six Palestinian prisoners escaped overnight from a high-security facility in an extremely rare breakout.

Officials said they have erected roadblocks and are conducting patrols in the area. Israel's Army Radio also said 400 prisoners are being moved as a protective measure against any additional escape attempts.

The radio said the prisoners escaped through a tunnel from the Gilboa prison, which is supposed to be one of Israel's most secure facilities. The men reportedly appeared to have received some outside help.

Israel’s prime minister, Naftali Bennett, called it a "grave incident” that required maximum effort by Israel’s various security branches. He said he was receiving constant updates on the prison break, which occurred just hours before Israel was to mark the Jewish New Year.

Authorities apparently did not believe the escaped prisoners posed a threat to the general public, and there were no instructions for people to alter their routines. The escapees were believed to have been headed for Jenin, where the internationally recognized Palestinian Authority (PA) wields little control and where they in recent weeks have openly clashed with Israeli forces.

Israeli helicopters were seen flying over Jenin on Monday morning. The Palestinian Prisoners’ Club, which represents both former and current prisoners, identified the men as ranging in age from 26 to 49 years old. They include Zakaria Zubeidi, 46, who has been detained since 2019.

Zubeidi was a leader in the Al-Aqsa Martyrs Brigade, affiliated with the Fatah movement, during the second Palestinian uprising over 20 years ago. Four of the other prisoners had been serving life sentences, the prisoners' group said.

Photos appearing in Israeli media show what was purported to be the end of the escape tunnel, with one image showing an Israeli security man in a black T-shirts inspecting a hole in the ground.

Hamas spokesperson Fawzi Barhoum cast the escape similarly, saying it shows "that the struggle for freedom with the occupier is continuous and extended, inside prisons and outside to extract this right.”