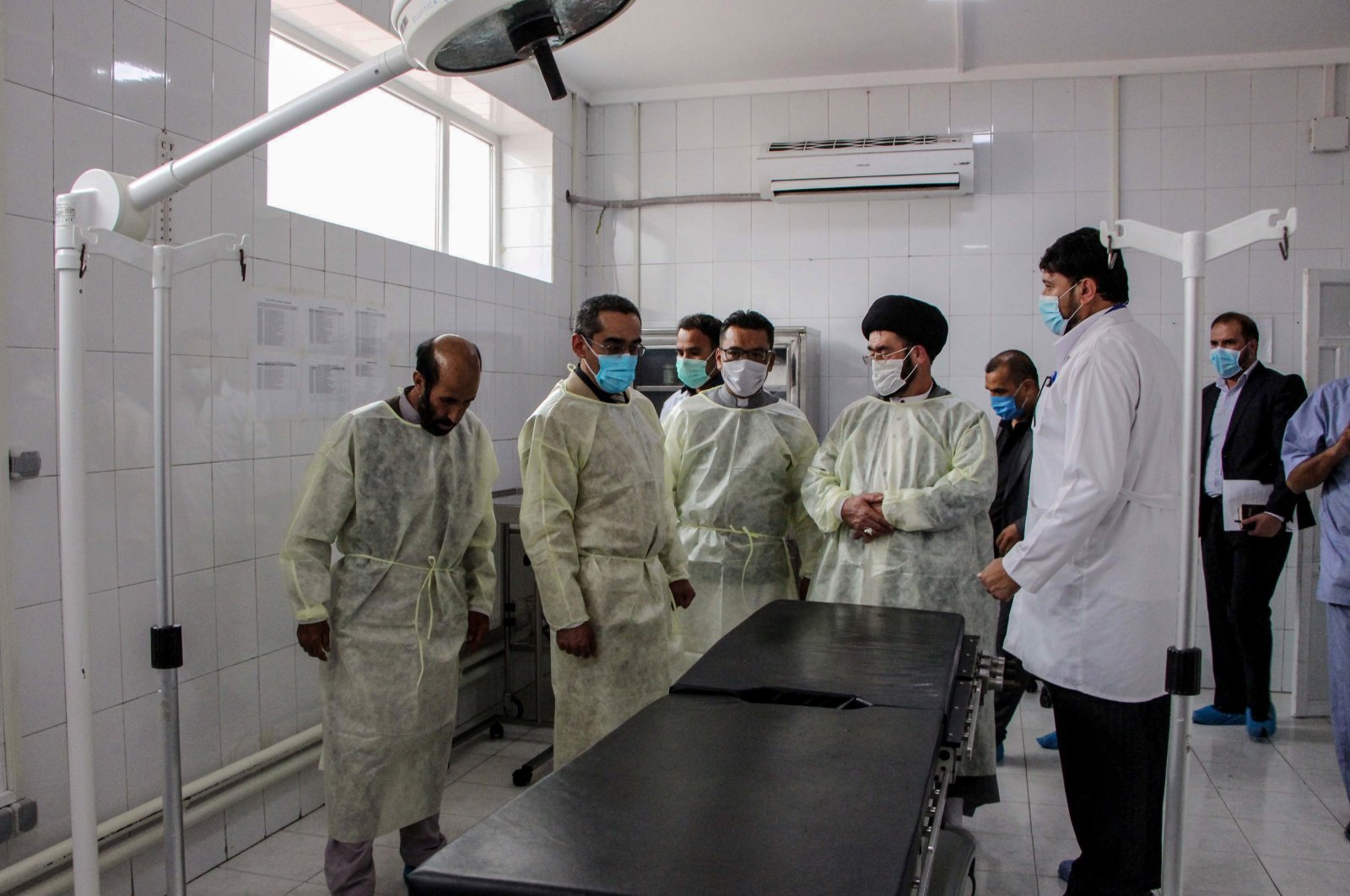 Afghan authorities officially reopened a Kabul hospital and its maternity ward Wednesday, weeks after the facility was badly damaged by rampaging gunmen who killed 25 people including new mothers.

Three armed men had stormed the Dasht-e-Barchi hospital in west Kabul on May 12 in a brazen attack that triggered international outrage and horrified a nation already torn by decades of war.

The gunmen largely focused on the maternity ward, which at the time was run by international charity Doctors Without Borders (MSF), and the group has said the assailants "systematically" killed 16 mothers during the hours-long assault.

MSF last month pulled out of the hospital over ongoing security fears, with authorities still not sure who was behind the attack.

"Today, with the help of our colleagues in the ministry of public health and cooperation from MSF, we have managed to put into operation this hospital using our existing resources," Health Minister Ahmad Jawad Osmani said at the reopening ceremony.

Osmani said about 40 doctors, nurses, midwives and health workers from other hospitals were deployed to Dasht-e-Barchi to provide patient services.

No group has claimed the attack, but President Ashraf Ghani blamed the Taliban and Daesh.

The hospital is in an impoverished neighborhood dominated by the minority Shiite Hazara community that in the past has been attacked by militants from both groups.

MSF said the facility was one of its biggest projects worldwide and oversaw almost 16,000 deliveries last year.

More than 70 workers and patients admitted into MSF health care programs have been killed in Afghanistan since 2004.

In October 2015, an MSF hospital in the northern province of Kunduz was destroyed by a United States airstrike, killing 42 people.

Osmani said 14 health workers had been killed in "terrorist attacks" on Afghan health centers over the last six months.

Last month, the United Nations Assistance Mission in Afghanistan blamed the Taliban and Afghan forces for a dozen acts of violence against health care facilities over 10 weeks to May 23.