Afghanistan to release up to 10,000 inmates to stem coronavirus spread 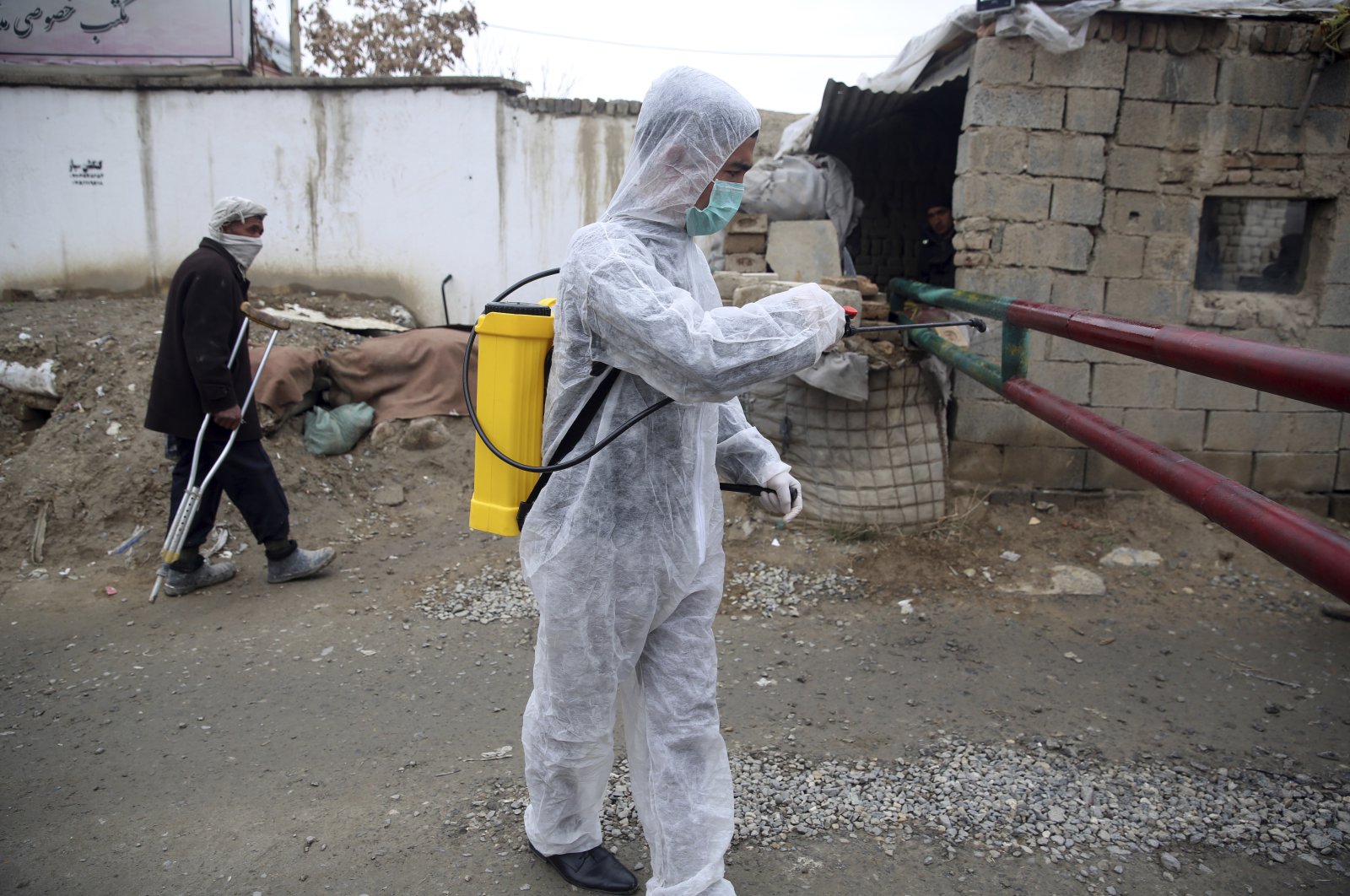 A volunteer in a protective suit sprays disinfectant outside a local police station to help curb the spread of coronavirus, Kabul, Monday, March 23, 2020. (AP Photo)
by Compiled from Wire Services Mar 26, 2020 7:05 pm

Afghanistan has ordered the release of up to 10,000 prisoners, mostly women, juveniles and sick people, in a bid to slow the spread of the coronavirus, officials said Thursday.

"This is a responsible decision to safeguard the health of the people," Attorney General Farid Hamidi said at a news conference. "The decree is not for those who have committed crimes against national and international security."

At a news conference in the capital Kabul, Hamidi said the move has been directed by President Mohammad Ashraf Ghani. He clarified only those prisoners over the age of 55 who are not involved in serious crimes would be released in a bid to ensure the pandemic does not penetrate the crowded prisons in the war-ravaged country.

Responding to a question, Ahmad Rashid, director of prisons and detention facilities, said these prisoners would be released in phases in the coming 10 days.

According to Fida Mohammad Paikan, the deputy health minister, the virus has entered the epidemic phase with local transmission in Afghanistan.

Paikan told Anadolu Agency (AA) that out of the total 80 coronavirus cases, 28 were locally transmitted cases.