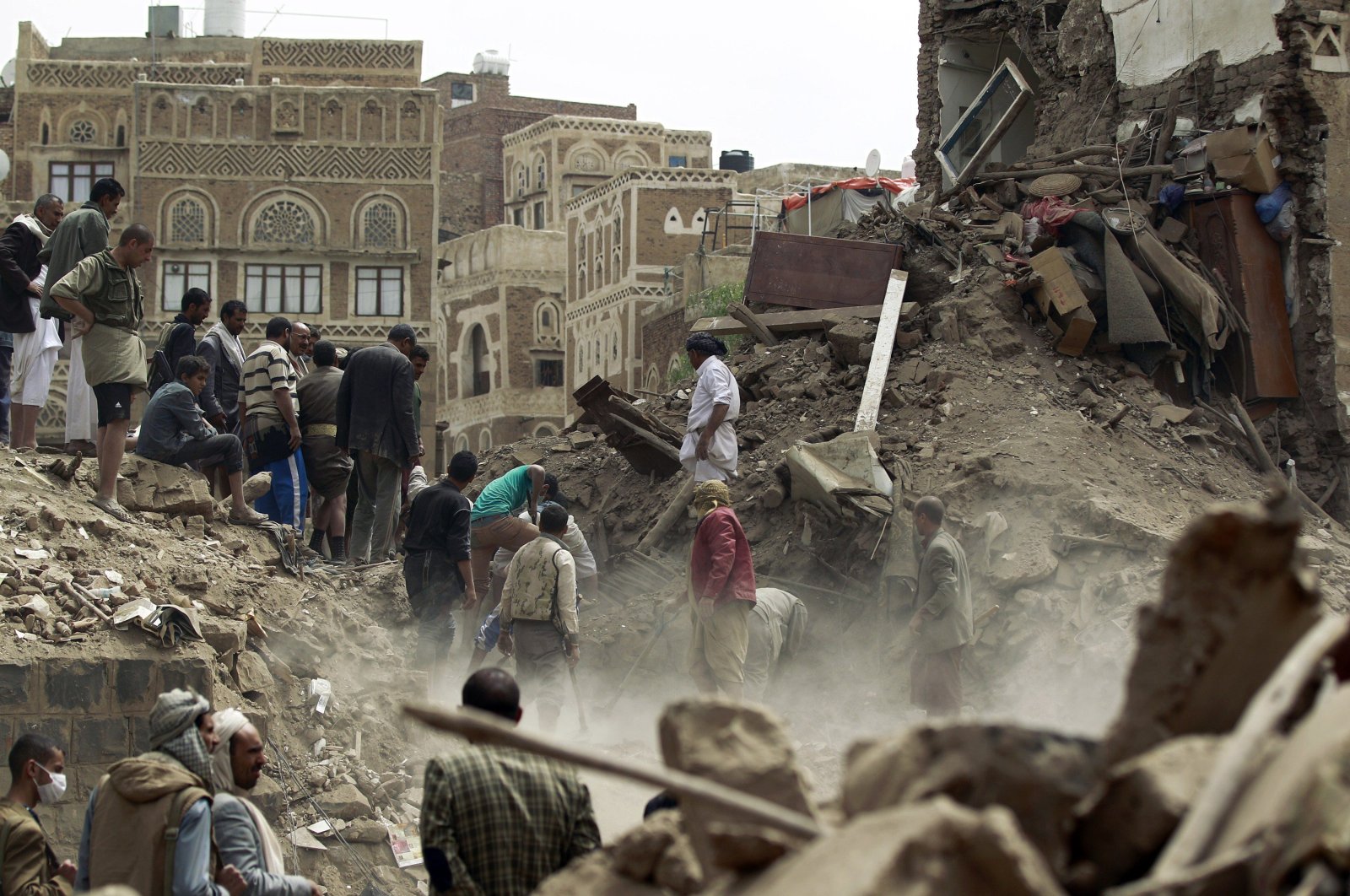 Yemenis search for survivors under the rubble of houses in a UNESCO-listed heritage site in the old city of the Yemeni capital, Sanaa, on June 12, 2015. (AFP Photo)
by Compiled from Wire Services Jul 15, 2020 2:44 pm

There was no immediate comment from the coalition, which has been battling Yemen's Iran-aligned Houthi movement for more than five years.

Yemen's war between the Iran-backed Houthis and pro-government troops escalated in March 2015 when the coalition intervened against the rebels, who control large parts of Yemen including the capital Sanaa.

The coronavirus pandemic is also raging unchecked in the country.