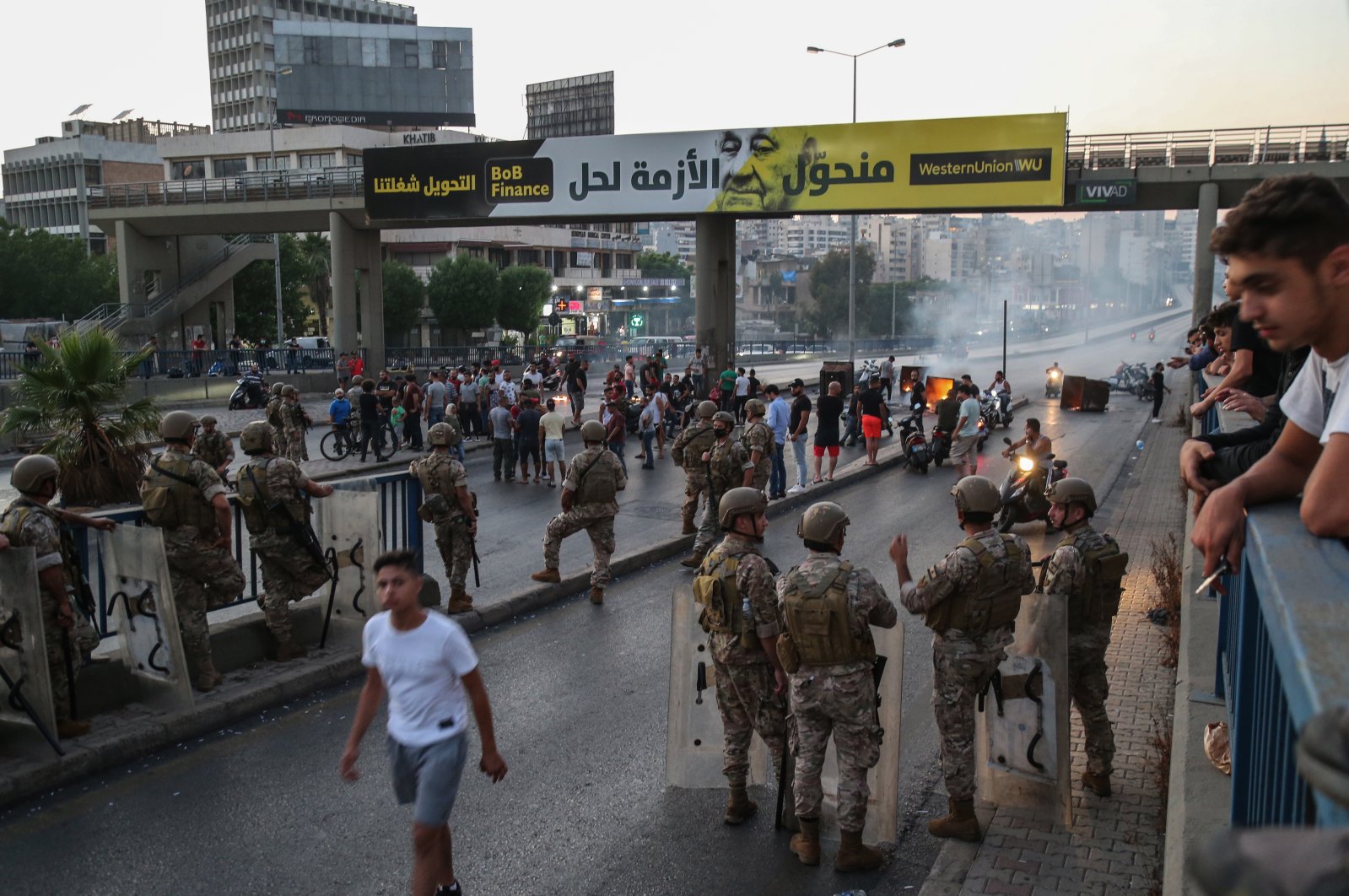 The protests in the city of Tripoli came as the Lebanese pound hit fresh lows on the black market due to a financial crisis that the World Bank says is likely to rank among the world's worst since the mid-19th century.

Calm returned to the city on Sunday after protesters tried to storm official buildings, including a branch of the central bank, overnight, forcing the army to deploy.

"18 people, both civilians and soldiers, were injured, including four who were hospitalized," said the Emergency and Relief Corps, a local medical charity that dispatched ambulances to treat the wounded.

Rubber bullets and shrapnel from stun grenades accounted for some of the injuries, a spokesperson for the charity told Agence France-Presse (AFP).

The army said 10 soldiers were wounded in the Tripoli clashes, the majority in a single incident that it said involved a group of protesters on motorcycles throwing stun grenades at personnel.

The southern city of Sidon and the capital, Beirut, saw smaller demonstrations against the ongoing dramatic fall in living standards.

The country is also grappling with a fuel crisis that has led to seemingly endless lines at gas pumps in recent weeks.

The price of fuel is expected to rise after the government said it would fund fuel imports at a rate of 3,900 Lebanese pounds to the dollar, instead of the official rate.

The move effectively reduces subsidies on fuel as the central bank tries to shore up fast-diminishing foreign currency reserves.

The financial collapse has sparked outrage at Lebanon's political class, seen as woefully corrupt and unable to tackle the country's many difficulties.

Lebanon has been without a fully functioning government since a massive blast in Beirut last summer that killed more than 200 people and ravaged swathes of the capital.

The government stepped down after the disaster, but efforts to agree on a new cabinet have repeatedly foundered.