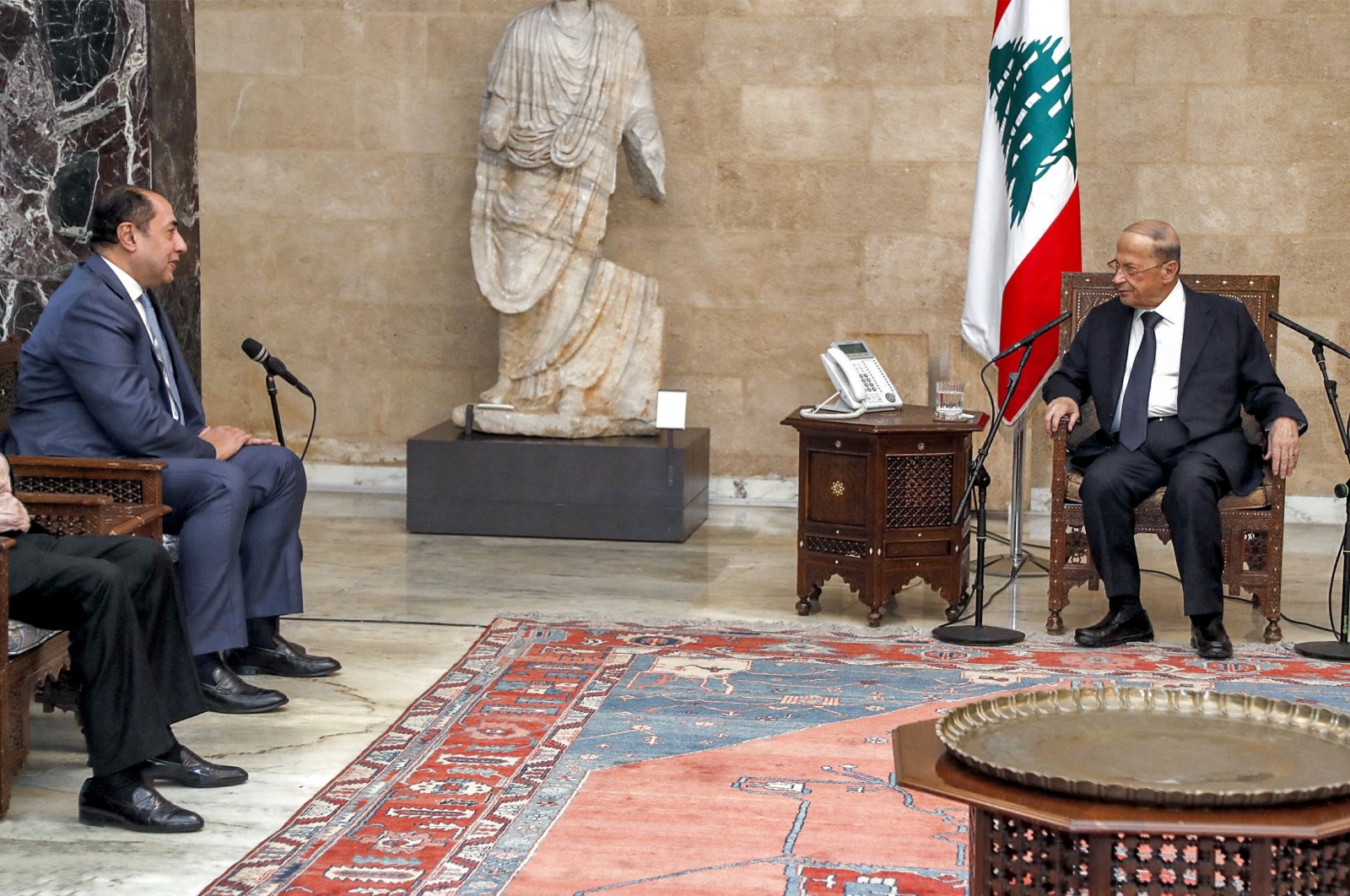 An Arab League delegation arrived in Beirut on Monday for talks aimed at resolving a diplomatic crisis between Lebanon and the Gulf countries.

Arab League deputy chief Hossam Zaki said on Monday there some progress had been made towards resolving the diplomatic crisis between Lebanon and Gulf countries that was spurred by comments that criticized the Saudi-led intervention in Yemen.

"The Lebanese-Gulf reconciliation is the goal of the Arab League and our path is to find a way out of this situation," Zaki said, adding that his talks with Lebanese President Michel Aoun were "frank” without giving any further details.

He earlier said he had found an entry point to resolving the crisis but added that the problem was wider than the comments made by Lebanon's Information Minister George Kordahi.

"The matter is not simple and should not be dealt with lightly," Zaki said. The Arab League official said he will meet later on Monday with Lebanese Prime Minister Najib Mikati and Parliament Speaker Nabih Berri.

Relations were strained between the Gulf nations and Lebanon over statements Kordahi made about the conflict in Yemen before taking his post in the new Lebanese government.

When asked if he "thinks that the Houthis, like Hezbollah, are defending their land as an armed organization," Kordahi responded: "Of course they are defending themselves... My personal opinion is that this war in Yemen needs to end. Houses, buildings, villages, and cities are being attacked by fighter jets."

Angered by Kordahi’s critical comments, Saudi Arabia, the United Arab Emirates (UAE), Kuwait and Bahrain recalled their ambassadors from Lebanon. Kordahi, for his part, has rejected calls for him to resign to help heal the rift with the Gulf nations.

Yemen has been engulfed by violence and instability since 2014, when Iran-aligned Houthi rebels captured much of the country, including the capital, Sanaa. A Saudi-led coalition aimed at reinstating the Yemeni government has worsened the situation and caused one of the world’s worst human-made humanitarian crises.