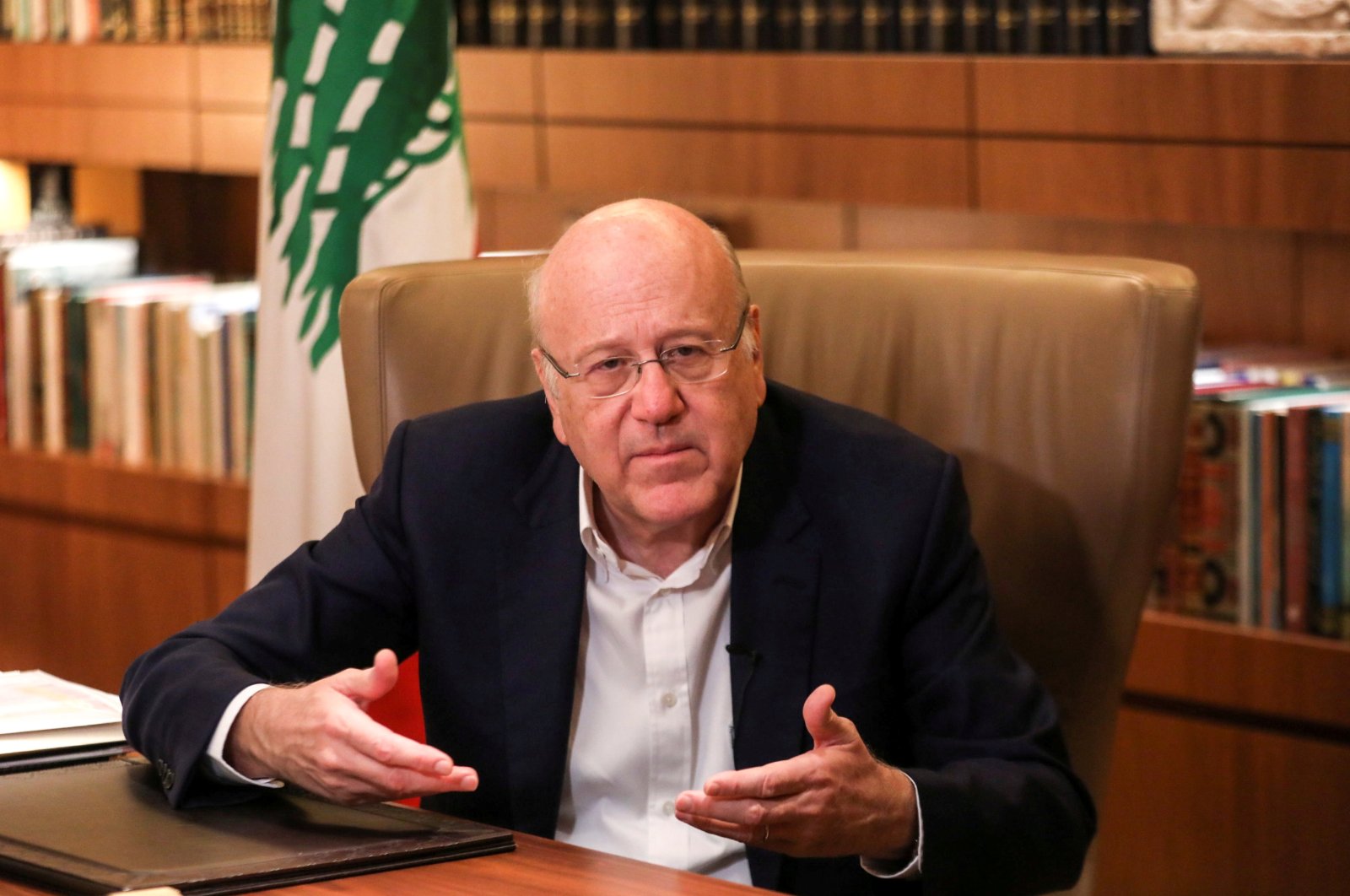 A controversial interview with Lebanon’s Information Minister George Kordahi aired a few days ago. In his speech, Kordahi stated that the Houthi rebels in Yemen are defending themselves against external aggression. He also described the war in Yemen as "futile" and "absurd."

Kordahi’s comments on the Saudi-led military intervention against the Houthis triggered a diplomatic row between Lebanon and the Gulf states. In response, Saudi Arabia expelled the Lebanese ambassador, banned all imports from Lebanon and banned its citizens from traveling to Lebanon. The Saudi ambassador was recalled and the United Arab Emirates (UAE), Bahrain and Kuwait followed suit shortly afterward by recalling their ambassadors. The sanctions were not only limited to those, new ones are being added every day.

Facing increasing pressure, Lebanon's Prime Minister Najib Mikati urged Kordahi to prioritize the country's national interest amid the diplomatic crisis with the Gulf states. However, Kordahi stated that the interview was recorded on Aug. 5, before he was chosen for the post, and that it represented his personal opinion. He also added that his resignation is ‘‘out of the question.” However, on Nov. 5, he stepped back and said that if his resignation will help the country and result in the retraction of the recent measures by Gulf states, then he is ready to resign.

If the crisis between Lebanon and Saudi Arabia continues, the row will bring about severe problems. Firstly, the Mikati government’s attempts at economic recovery will be damaged by the bans on imports and tourism from the Gulf states. Secondly, the struggle for influence in Lebanon between Iran and Saudi Arabia will become more tangible, which may trigger conflict between groups before the Lebanese general election in March 2022.

Lebanon is experiencing its worst crisis since the civil war. The World Bank has pointed to the extent of the economic meltdown, describing it as the worst financial crisis since the 1850s. Lebanon is having trouble with hyperinflation and high unemployment rates. Since the Lebanese economy is contracting, the import-dependent country is suffering amid rapid currency devaluation.

The total value of Lebanese exports was recorded as $3.54 billion, with approximately $244 million constituting exports to Saudi Arabia. This data shows that Saudi Arabia's import ban will cost Lebanon an 8.25% drop in its total exports. This sanction will escalate the contraction of Lebanon's economy.

In addition, approximately 15% of Lebanon's exports go to the UAE, followed by Kuwait with 5.75%. If they ban imports from Lebanon too, the Lebanese economy will suffer exports are shifted to other markets, which will take a long time because of the work required in meeting the import standards of other countries.

According to certain local and regional members of the press, there is one more economic danger for the Lebanese economy. Lebanon has a significant expat population and a robust diasporic community around the world. More than 10% of Lebanon’s gross domestic product (GDP) comes from remittances of Lebanese expats. There are more than 350,000 Lebanese nations living in the Gulf Cooperation Council (GCC) countries, and a big portion of them are located in Saudi Arabia. If Saudi authorities decide on a remittance ban from Saudi Arabia to Lebanon, it may result in temporary discomfort. It will be temporary because many financial transaction methods have been invented in the last decade, and some of them are not regulated and impossible to control, like cryptocurrency transactions. That is why I find the concerns about a financial ban on remittances exaggerated.

The UAE and Bahrain also urged their citizens to leave Lebanon immediately. Since the row is escalating, the United States called on the Gulf states to restore their relations with Lebanon. The dispute does not seem likely to end soon, but if the sanctions remain limited to those mentioned above, the economic results are predictable. Contrary to some opinions, the economic consequences will not be catastrophic for Lebanon. The consequences will be more political rather than economic.

After the formation of the new government, I wrote that the Mikati administration has to deal with many critical problems and the key to their resolution lies in Lebanon’s foreign policy. Lebanon needs international support more than ever to cope with its severe economic crisis. However, recent developments showed that the Mikati government is struggling to protect the balance in its foreign policy.

With his statements, Mikati seems to be aware of the importance of international support from the Arab states and Lebanon’s other allies. But, Lebanon’s foreign policy differs from the other Middle Eastern states. Lebanon has strong religious communities, and all of them have their international allies.

Even if Kordahi resigns, the problem will not be solved because this resignation will result in discontent among certain powerful communities. It also may cause Iran to worry about losing its influence in Lebanon against the Saudi alliance, possibly escalating the tension in domestic politics.

Lebanon is stuck between the clashes of three prominent actors; Saudi Arabia, Iran and France. While all of them have organic relationships with some communities in Lebanon, their periodical conflicts harm the people of Lebanon. Keeping the balance between the three allies restricts Lebanese authorities from applying a steady foreign policy.

The peace between the communities of Lebanon is still fragile after the civil war. Last month, sectarian unease triggered violent conflicts. During a Shiite Muslim group’s protest against Judge Tarek Bitar for “acting biased” on the Beirut explosion case, gunfire broke out. Shooters opened fire on the protestors, and chaos rapidly turned into an armed clash. The clash left seven dead and injured dozens.

Under these circumstances, Lebanon needs international support instead of conflicts of interest. Lebanon's allies should stop fighting over increasing their influence and play more supportive roles.

However, expecting that to happen is not realistic. Since balancing relations between Iran, Saudi Arabia and France only helps protect the status quo, Lebanon needs to reconsider its foreign policy. The interest of the communities should not exceed the national interests of Lebanon.