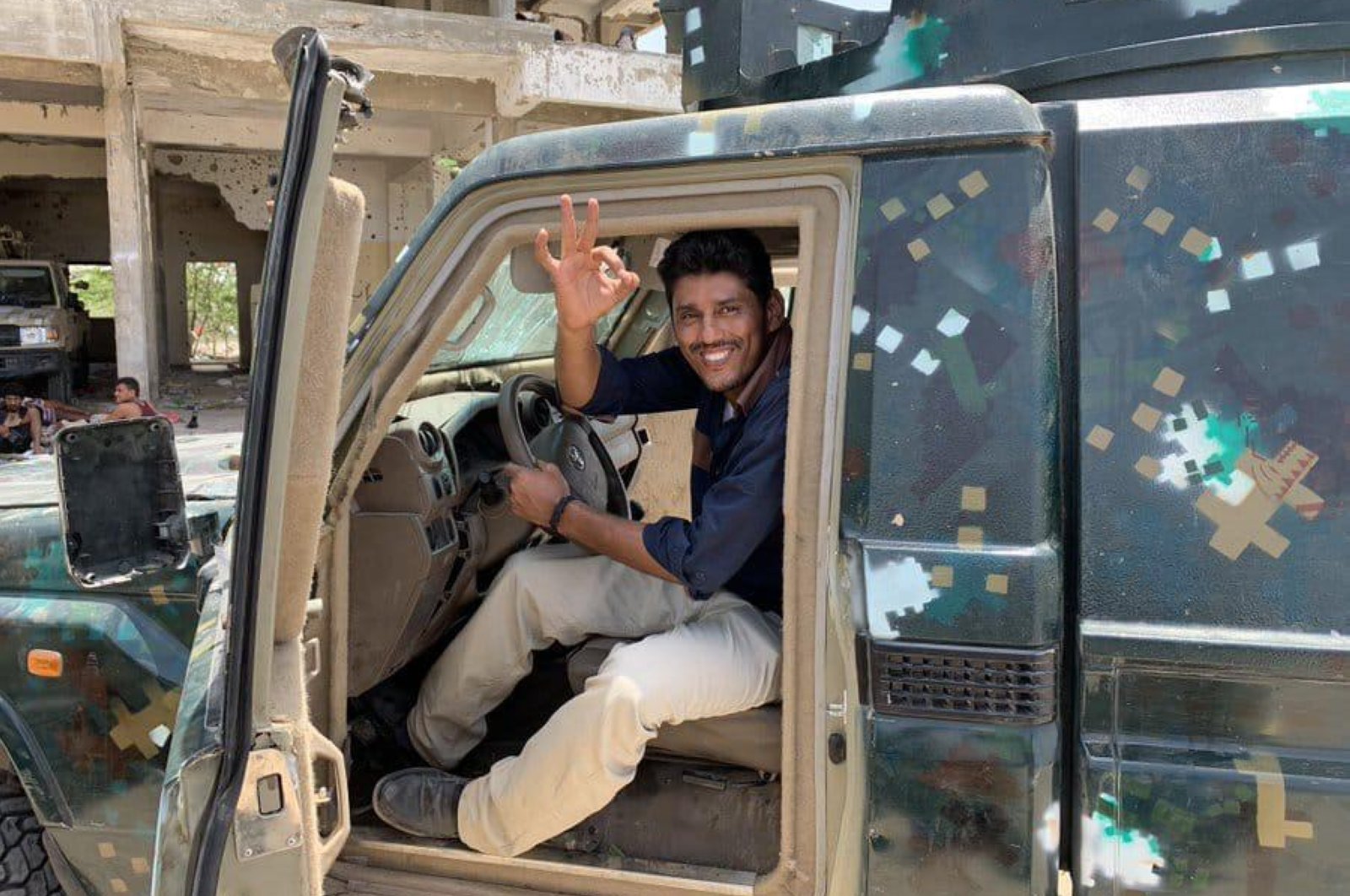 Journalist Nabil al-Quaety, who was killed by a group of armed men outside his home in Aden, Tuesday, June 2, 2020 was a finalist for the United Kingdom's Rory Peck Award in 2016 for his work covering Yemen's war, Aden,Yemen. (AP Photo)
by ASSOCIATED PRESS Jun 02, 2020 8:55 pm
RECOMMENDED

Armed men opened fire on Nabil al-Quaety, a video journalist and photographer who contributed to Agence France-Presse (AFP), outside his home in Aden’s Dar Saad district, the officials said.

Al-Quaety, 34, was pronounced dead before reaching a nearby hospital, said the officials, who spoke on condition of anonymity because they were not authorized to brief the media.

No group immediately claimed responsibility for the attack.

"We are shocked by the senseless killing of a courageous journalist doing his job despite threats and intimidation,” said AFP’s Global News Director Phil Chetwynd.

"Through his work with AFP over the past five years, Nabil had helped to show a global audience the full horror of the conflict in Yemen. The quality of his work had been widely recognized,” he said.

Al-Quaety was married with three children, and a fourth on the way, AFP said.

Al-Quaety was a finalist for the United Kingdom’s Rory Peck Award in 2016 for his work covering Yemen’s war.

His death came amid increasing tensions and infighting between the internationally recognized government and southern separatists who declared self-rule of Aden in April.

Yemen, the Arab world’s poorest nation, has been convulsed by civil war since 2014, when the Houthis took control of the country’s north, including Sanaa. A Saudi-led military coalition intervened against the Houthis the following year, conducting relentless airstrikes and a blockade of Yemen.

The conflict has killed over 100,000 people and created the world’s worst humanitarian crisis, leaving millions suffering from food and medical care shortages.

Both sides of the conflict have violated press freedoms, according to the New York-based Committee to Protect Journalists.

In April, a Houthi-controlled court sentenced four journalists to death after their conviction on spying charges. The four were among a group of 10 journalists who were detained by the Iran-backed rebels and accused of "collaborating with the enemy,” in reference to the Saudi-led coalition.