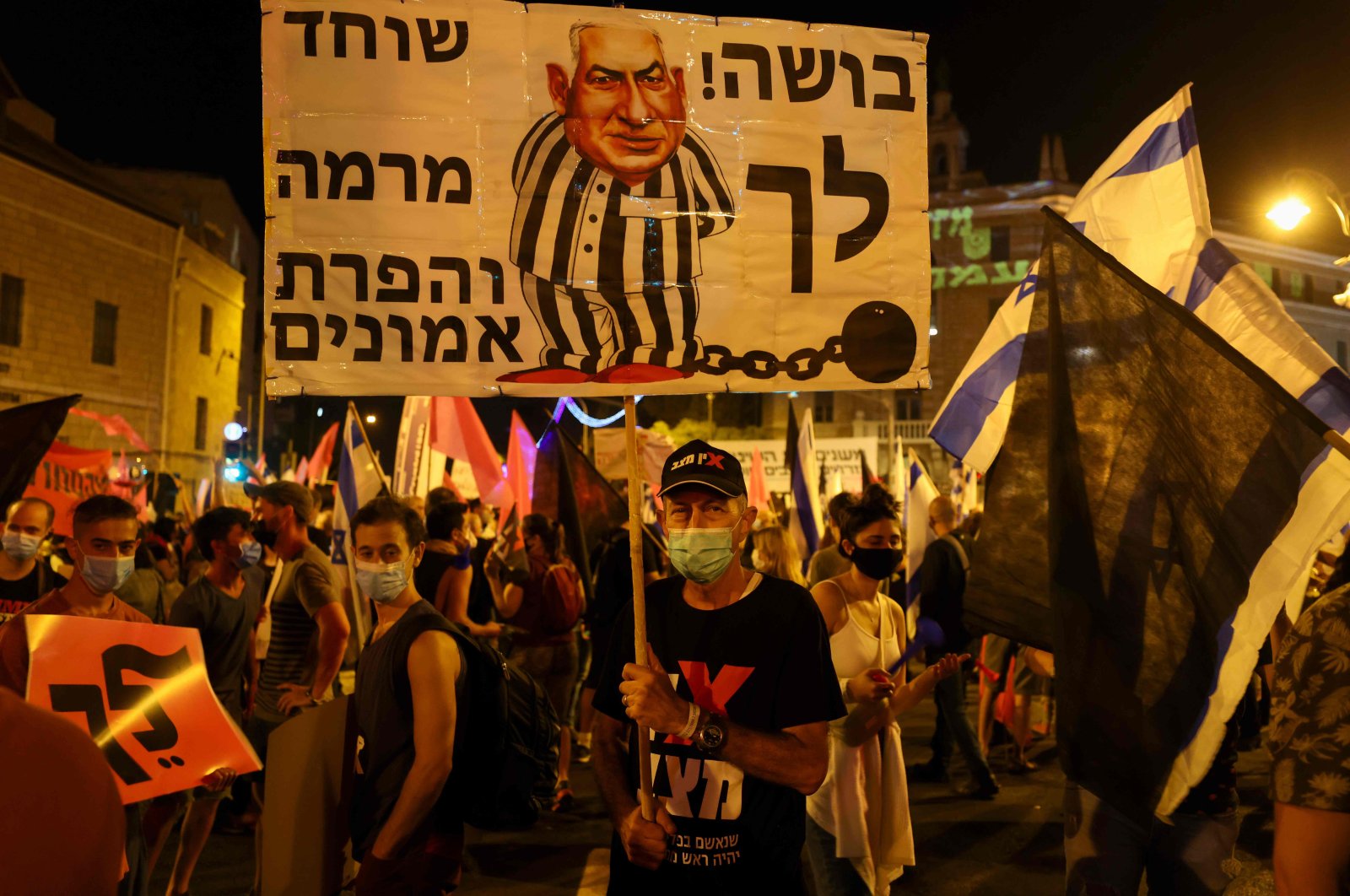 A protester carries a placard with a cartoon depicting Israeli Prime Minister Benjamin Netanyahu dressed in prison stripes and shackled with a ball and chain during a demonstration near the prime minister's residence in Jerusalem, Oct. 17, 2020. (AFP Photo)
by German Press Agency - DPA Oct 18, 2020 12:53 pm
RECOMMENDED

Israeli police broke up an "unauthorized" march in Jerusalem early on Sunday, after up to 260,000 opponents of Israeli Prime Minister Benjamin Netanyahu protested throughout Israel for the 17th week running.

Thousands of Israelis have protested each Saturday after sunset since early June, demanding that Netanyahu step down until he proves his innocence in a corruption trial that started in May.

They have been joined by economic protesters, expressing their anger at his government's mishandling of the coronavirus pandemic.

For the past two Saturdays, tens of thousands protested on junctions and local squares in their home towns and cities, amid a controversial ban on protests outside a radius of 1 kilometer from people's homes and of outdoor gatherings of more than 20 people.

Critics charged that emergency legislation passed on Sept. 30 as part of a second coronavirus lockdown in Israel in effect criminalized the weekly rallies in Jerusalem and Tel Aviv.

Thousands flocked to central Jerusalem and Tel Aviv after sunset Saturday, four days after the two-week emergency ban expired without being extended.

In Jerusalem, police after midnight confiscated horns and other noise-making instruments and dragged away marchers who ignored calls to vacate a road. Police spokesman Mickey Rosenfeld said nine were arrested.