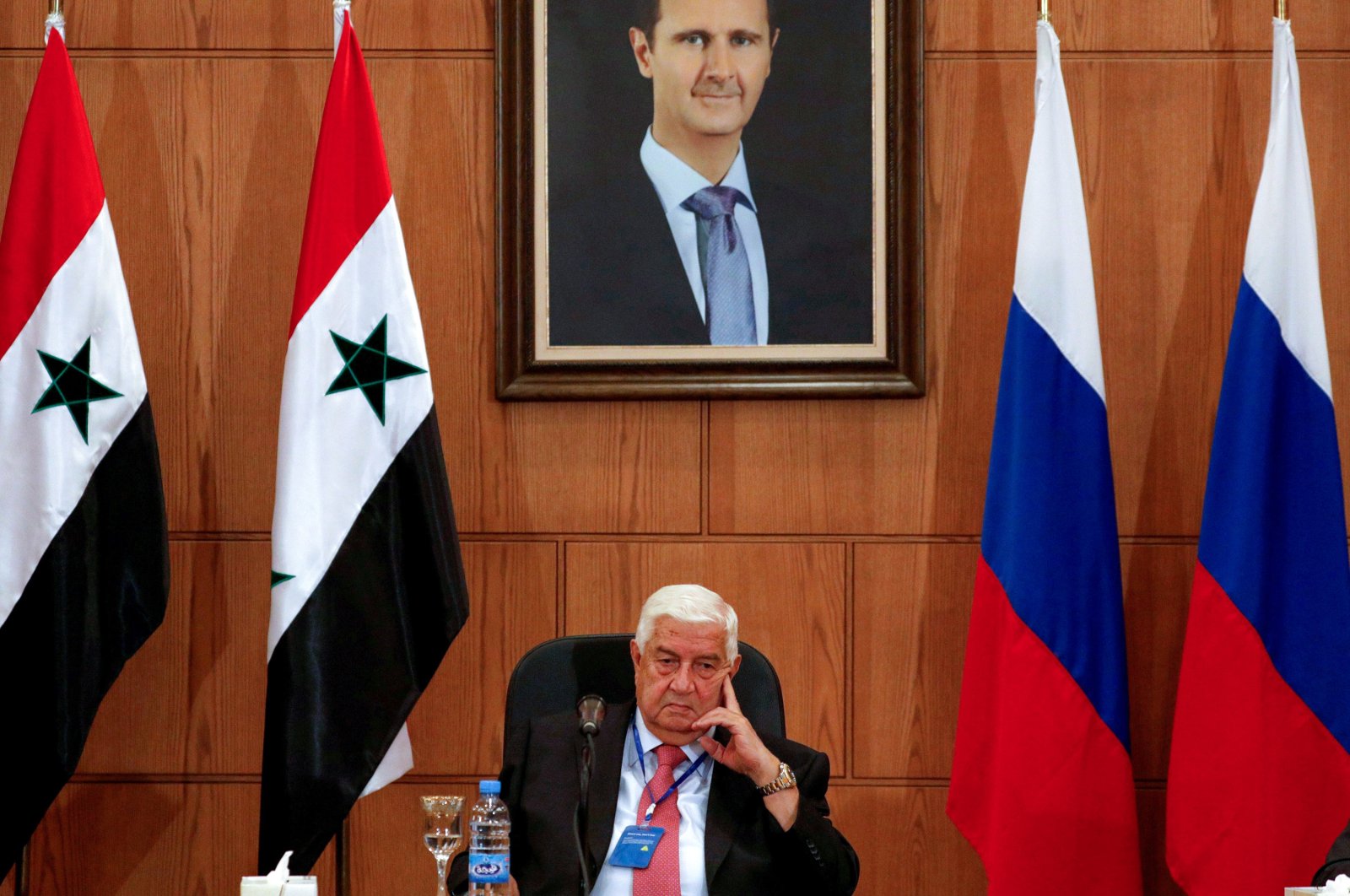 There were no details on the cause of death, but the 79-year old had for years been in poor health with heart problems. A source close to the Syrian regime said it was widely expected his deputy, veteran diplomat Faisal Mekdad, would replace him as foreign minister.

Moalem, who was first appointed foreign minister in 2006 and was also a deputy prime minister, held a succession of top diplomatic posts, including envoy to the United States and was involved in unsuccessful negotiations with Israel in the 1990s on a peace settlement.

"He was known for his honorable patriotic positions," the regime leadership said in a statement, adding he died at dawn and would be buried later on Monday in Damascus.

The veteran diplomat saw his country's tilt further toward Iran and Russia, which have helped shore up Assad's rule and allowed the authoritarian leader to regain most of the territory he once lost to the opposition.

Moalem, from a Sunni family from Damascus, publicly defended Moscow and Shiite Iran's growing military role, backed by its proxies in Syria, which many Syrian opponents of Assad labeled as an occupation and blamed for fueling sectarian tension in a Sunni-majority country.

"I am ready to be one of Hassan Nasrallahʹs soldiers," Moalem said in August 2006, referring to the leader of the Iranian-backed Lebanese militia Hezbollah, which has in recent years sent thousands of its members to fight alongside Assad's forces.

Syria erupted into civil war nearly a decade ago after Assad in 2011 began a crackdown on protesters calling for an end to his authoritarian rule.

Moalem accused the United States and others in the West of fueling his country's unrest and labeled members of the opposition "terrorists" in a conflict that has killed hundreds of thousands and led to the exodus of millions of refugees.

The veteran diplomat's last statements attacked the Caesar Act – the toughest U.S. sanctions yet against Damascus which came into force last June, saying they were meant to starve Syrians. He vowed that his country would get economic help from Iran and Russia to soften its blow.

Washington says the goal of the new sanctions is to hold Damascus to account for war crimes and deter it from further pursuing the war. The sanctions exempt humanitarian aid.