At least 20 killed after fuel tanker explodes in Lebanon's Akkar 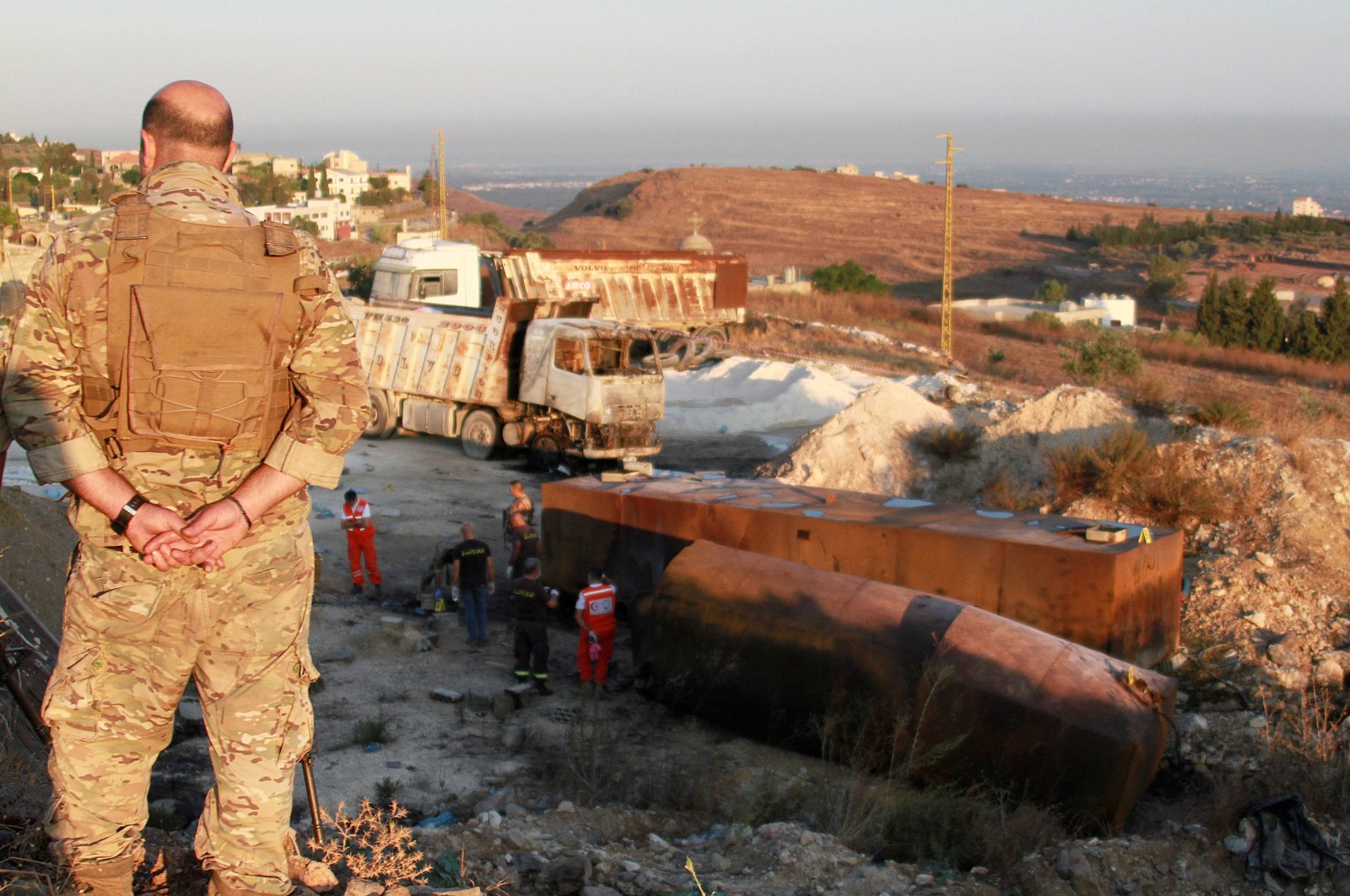 A Lebanese army soldier stands guard near the site of a fuel tank explosion in Akkar, in northern Lebanon, August 15, 2021. (Reuters Photo)
by Anadolu Agency Aug 15, 2021 9:30 am
RECOMMENDED

At least 20 people were killed and 79 injured when a fuel tanker exploded in northern Lebanon, according to initial estimates, the Lebanese Red Cross said Saturday.

The aid group said the tanker exploded in the Akkar region in the north of the country and that Red Cross teams were trying to transport the dead and injured from the site to nearby hospitals.

"The Akkar massacre is no different from the Beirut Port massacre," wrote former Prime Minister Saad al-Hariri on Twitter.

He wished an urgent recovery for those injured and conveyed condolences to the families of the dead.

"If there had been a state that respected people in both killings, the authorities would have resigned, from the president to the last person responsible for this negligence. The glass is overflowing. The lives and security of Lebanese are at the top of all priorities," he said.

Jibran Basil, the leader of the Christian Free Patriotic Movement, said on Twitter that the country's "hearts are with the people of Akkar."

"We commemorate the martyrs with mercy and wish immediate healing to the wounded," he wrote on Twitter.

In Lebanon, which has experienced the biggest economic crisis in the last 30 years, the state subsidized about 12 million liters (3.17 million gallons) of fuel consumed daily through the central bank.

In a written statement, the bank said that foreign currency loans provided for fuel will be applied as of Aug. 12 and will be calculated at the free exchange rate, or black market, instead of the official rate, and thus the fuel subsidy will be abolished.

The statement also noted that the price of fuel to be released will be determined by the Energy Ministry.

Almost all fuel stations in Lebanon have kept the pumps closed because the Energy Ministry has maintained the old price despite the lifting of the subsidy.

The army raided fuel stations on Aug. 13, holding pumps closed because new prices were not set after the central bank decided to lift the fuel subsidy, confiscating tens of thousands of liters of gasoline and diesel.