At least 210 people have died from coronavirus in Iran: report 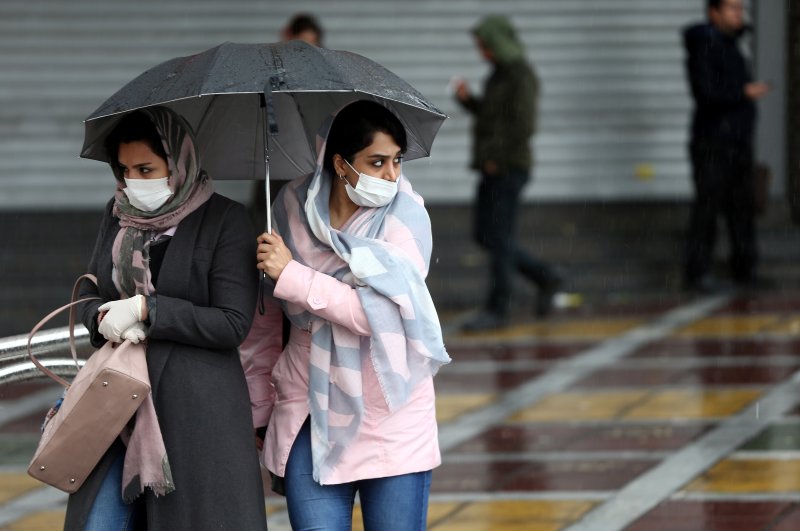 At least 210 people have died from coronavirus in various cities of Iran, as of Thursday night BBC Persian reported on Friday, citing hospital sources.

But Iran's health ministry spokesman Kianush Jahanpur rejected the report in a tweet. Earlier on Friday, Jahanpur said that 34 people have died in Iran of coronavirus so far and that 388 are infected.

The outbreak of the new virus in Iran has been dramatic – the head of Iran's task force Iraj Harirchi, to stop the virus was seen coughing, sweating and wheezing across televised interviews before acknowledging he was infected. Then, days later, a visibly pale official sat only meters (feet) away from President Hassan Rouhani and other top leaders before she too reportedly came down with the virus.

The virus has also laid bare the challenges facing the country some 40 years after its founding. While its civilian government urges Shiite shrines to be closed, clerics keep them open and some circulate purported remedies to the virus that have no basis in science. Tehran’s top-down government, where Supreme Leader Ayatollah Ali Khamenei has the final say on all state matters, now has to come to terms with the highest death toll from the virus outside of China, days after insisting everything was fine.

Iran’s success – or failure – in combating the virus will have an impact far beyond the country's 80 million people as the majority of cases in the Mideast now link back to Iran.

“We will have a tough week ahead,” Iranian Health Minister Saeed Namaki warned. “The main peak of the coronavirus will be in next week and coming days.” In brief remarks from Tehran, he cautioned the number of cases would likely further spike as Iran now has 15 laboratories testing samples.

In Tehran and other cities, authorities canceled Friday prayer services to limit crowds. In the capital Radio Tehran, which typically carries the prayer, played only traditional Iranian music. Universities are to remain closed another week. Schools will be closed for at least three days, Namaki said. Parliament also will be closed, state television said, citing a lawmaker.

Meanwhile, Iranian state media made a point to show the government is addressing the crisis. In the city of Mashhad, at the Imam Reza Shrine, hazmat-suited cleaners fogged disinfectant across surfaces that the faithful kiss and touch as workers installed hand sanitizers. Trucks from Iran’s paramilitary Revolutionary Guard sprayed down streets and sidewalks in the holy city of Qom, the epicenter of the country’s outbreak.

But questions still remain over Iran's count. Experts, including at the World Health Organization (WHO), worry the Islamic Republic may be underreporting the number of cases in the country.

Iran denied for days that the virus was in the country acknowledging it, just as it was trying to pump up enthusiasm for the country's parliamentary election – a vote that saw the lowest voter turnout since the 1979 Islamic Revolution.

By doing so, Iran likely allowed the virus to spread rapidly, reaching even into the upper echelons of its power structure as it sickened four lawmakers, top clerics and other officials.

On Thursday, word spread that one of Iran's many vice presidents, Masoumeh Ebtekar, had contracted the virus. Ebtekar, 59, is better known as “Sister Mary,” the English-speaking spokeswoman for the students who seized the U.S. Embassy in Tehran in 1979 and sparked the 444-day hostage crisis.

Ebtekar on Wednesday attended a Cabinet meeting chaired by Rouhani, 71. Other top officials, most in their late 50s and 60s, sat within several meters (feet) from her as well. Jahanpour said the average age of those killed by the virus is over 60.

State media has not said what measures those attending the meeting with Ebtekar were now taking. However, the concern about the virus' spread among Iran's elite has reached Austria, where Foreign Minister Alexander Schallenberg tested negative for it after a recent trip to Tehran.

Worries persist over Shiite shrines remaining open in the country. Saudi Arabia on Thursday took the unprecedented decision to close off the holiest sites in Islam to foreign pilgrims over the coronavirus, disrupting travel for thousands of Muslims already headed to the kingdom and potentially affecting plans later this year for millions more ahead of the fasting month of Ramadan and the annual hajj pilgrimage.

Some Iranian clerics also have offered advice with no basis in science, like Sheikh Abbas Tabrizian in Qom who told followers to give themselves a suppository of essential oils to ward off the virus.

Elsewhere, a major cycling race in the United Arab Emirates was canceled early Friday after two Italians tested positive for the new virus, setting off a quarantine at two Abu Dhabi hotels that also ensnared four-time Tour de France winner Chris Froome of Britain. That pushed the overall number of confirmed cases to 21 in the UAE, a federation of seven sheikhdoms on the Arabian Peninsula.

In Cairo, authorities allowed a plane carrying 114 Chinese tourists into Egypt despite EgyptAir halting flights to China amid the outbreak. The tourists showed no symptoms of the virus and will be monitored during their weeklong vacation, said officials who spoke on condition of anonymity as they were not authorized to speak to journalists.

Lebanon has flights and barred citizens of China, Iran, Italy and South Korea from visiting the country, though Lebanese citizens and residents will be allowed back in. Qatar separately flew home its citizens from Iran and put them in a 14-day quarantine.

The Iran government’s slow response and the unrelenting pressure Iranians face, especially as the country’s currency hit its lowest value in a year against the U.S. dollar, this week, has seen many Iranians turn to dark humor. Jokes spread fast across social media, including one saying a government that previously cracked down on demonstrators will now lock up the virus.

And then there are videos, like that of the head of Iran’s coronavirus task force, Harirchi, who sweated at the podium during a news conference and then coughed all over the set of a state TV interview program, while its female host tried to look away. “I came from a cold place,” Harirchi said, attempting to joke before bringing the crook of his arm to his face. “I made a mistake. I should cover my mouth like this.” Soon afterward, Harirchi acknowledged testing positive for the virus.