At least 60 killed in escalated clashes over Yemen's Marib 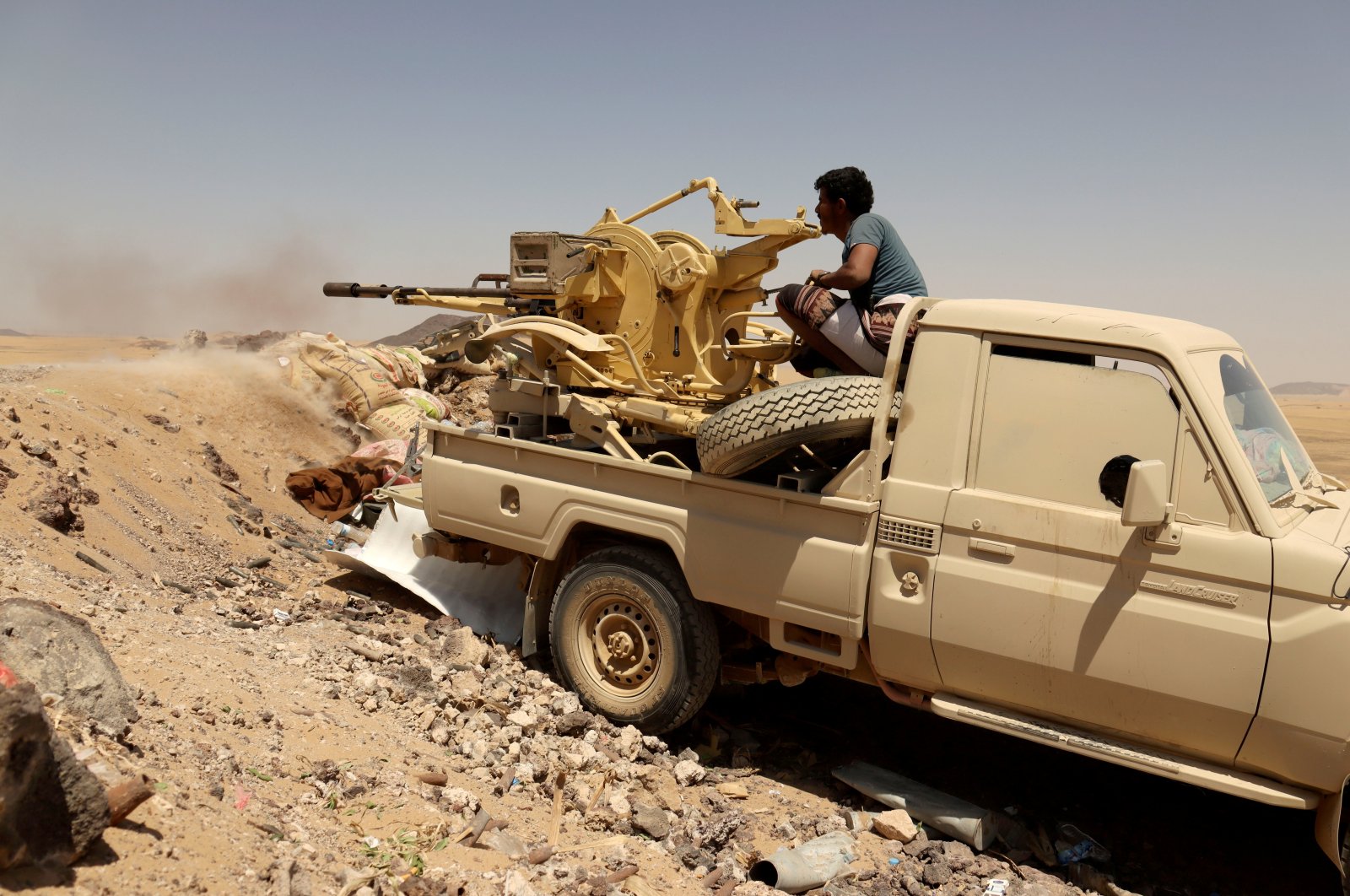 Sixty-seven Houthi rebels and pro-government troops have been killed in Yemen as fighting intensifies for the key city of Marib, military and medical sources said Monday.

"Fifty-eight Houthi insurgents and nine loyalists were killed in fighting and air strikes in the provinces of Marib and Shabwa in the past 24 hours," military sources told Agence France-Presse (AFP), in figures that were confirmed by medical sources.

According to the military sources, who spoke on condition of anonymity, the Saudi-led coalition launched more than 20 air strikes in the past 24 hours. Hundreds of people have died this month alone after the Iran-backed rebels renewed their assault on the city, the government's last stronghold in the oil-rich north.

About 400 people have been reported dead in clashes in September for Marib, following a lull in fighting in the region. The Houthis initially escalated their efforts to seize marib in February, hoping to seize control of the region's oil resources and strengthen their position in peace talks.

Marib, about 120 kilometres (75 miles) east of the rebel-held capital Sanaa, sits at a crossroads between the southern and northern regions and is key to controlling Yemen's north. The war between the Saudi-led military coalition, which backs the government, and the Houthis has killed tens of thousands and forced millions from their homes.

About 80% of Yemen's 30 million people are dependent on aid, in what the United Nations calls the world's worst humanitarian crisis. Yemen's conflict flared in 2014 when the Huthis seized the capital Sanaa, prompting Saudi-led intervention to prop up the internationally recognized government the following year. This month marks seven years since the rebels took control of Sanaa, with some analysts saying the balance has tilted in favor of the insurgents against the coalition.

While the U.N. and Washington are pushing for an end to the war, the Houthis have demanded the reopening of Sanaa airport, closed under a Saudi blockade since 2016, before any cease-fire or negotiations.

The last talks took place in Sweden in 2018, when the opposing sides agreed to a mass prisoner swap and to spare the city of Hodeida, where the port serves as the country's lifeline.

The fighting came as U.S. President Joe Biden's national security adviser Jake Sullivan was due to travel to Saudi Arabia and the United Arab Emirates (UAE) along with the U.S. special envoy to Yemen, the White House National Security Council said on Monday.

Brett McGurk, the NSC's Middle East and North Africa Coordinator, will also join Sullivan and Tim Lenderking, the council spokesperson Emily Horne said in a statement, adding that Sullivan will meet "with senior leaders on a range of regional and global challenges."

Sullivan was expected to depart on Monday and hold discussions with Crown Prince Mohammed bin Salman (MBS) about Yemen, according to The Associated Press (AP), which first reported the trip. He is also expected to meet Deputy Defense Minister Khalid bin Salman, a brother to the crown prince, it said, citing unnamed sources.

The United States and Saudi Arabia, which leads a military coalition fighting Yemen's Iran-aligned Houthi group in Yemen's conflict, have pledged millions more dollars in additional aid, as have other countries.

Biden has taken a tougher stance with Saudi Arabia than his predecessor Donald Trump, criticizing the kingdom over its human rights record while releasing a U.S. intelligence report earlier this year implicating the Saudi crown prince in the 2018 killing of Saudi dissident journalist Jamal Khashoggi. The prince denies any involvement.

Earlier this month, the FBI released a newly declassified document about its investigation of the Sept. 11, 2001, attacks on the United States and allegations of Saudi government support for the hijackers, following an executive order by Biden. The Kingdom has long said it had no role in the attacks.