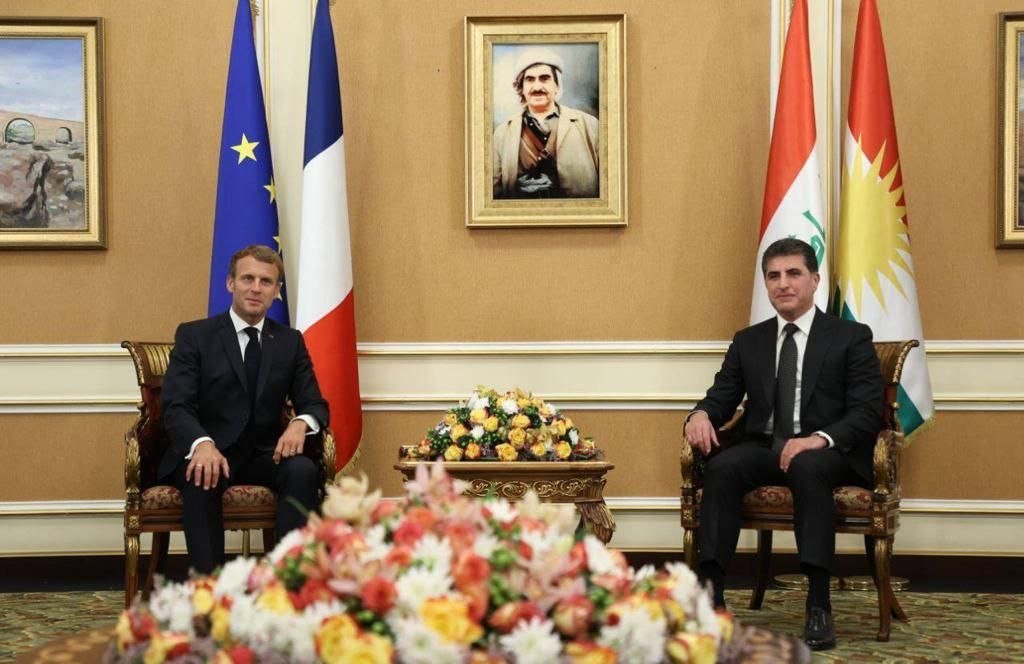 Barzani hailed the French support to the KRG and Iraq.

Meanwhile, a statement by the northern Nineveh province said Macron, escorted by Iraqi Foreign Minister Fouad Hussein, visited Mosul, where he toured the Iraqi army command center in the province and the Church of Our Lady of the Hour.

Mosul was largely devastated and damaged by the Daesh terrorist group prior to their defeat in 2017.

Macron is also expected to visit the Sinjar district, near Mosul, an area largely populated by the Yazidi community, which suffered greatly at the hands of Daesh.

The French president arrived in Iraq on Saturday to participate in the Baghdad Conference for Cooperation and Partnership along with other neighboring and regional countries.