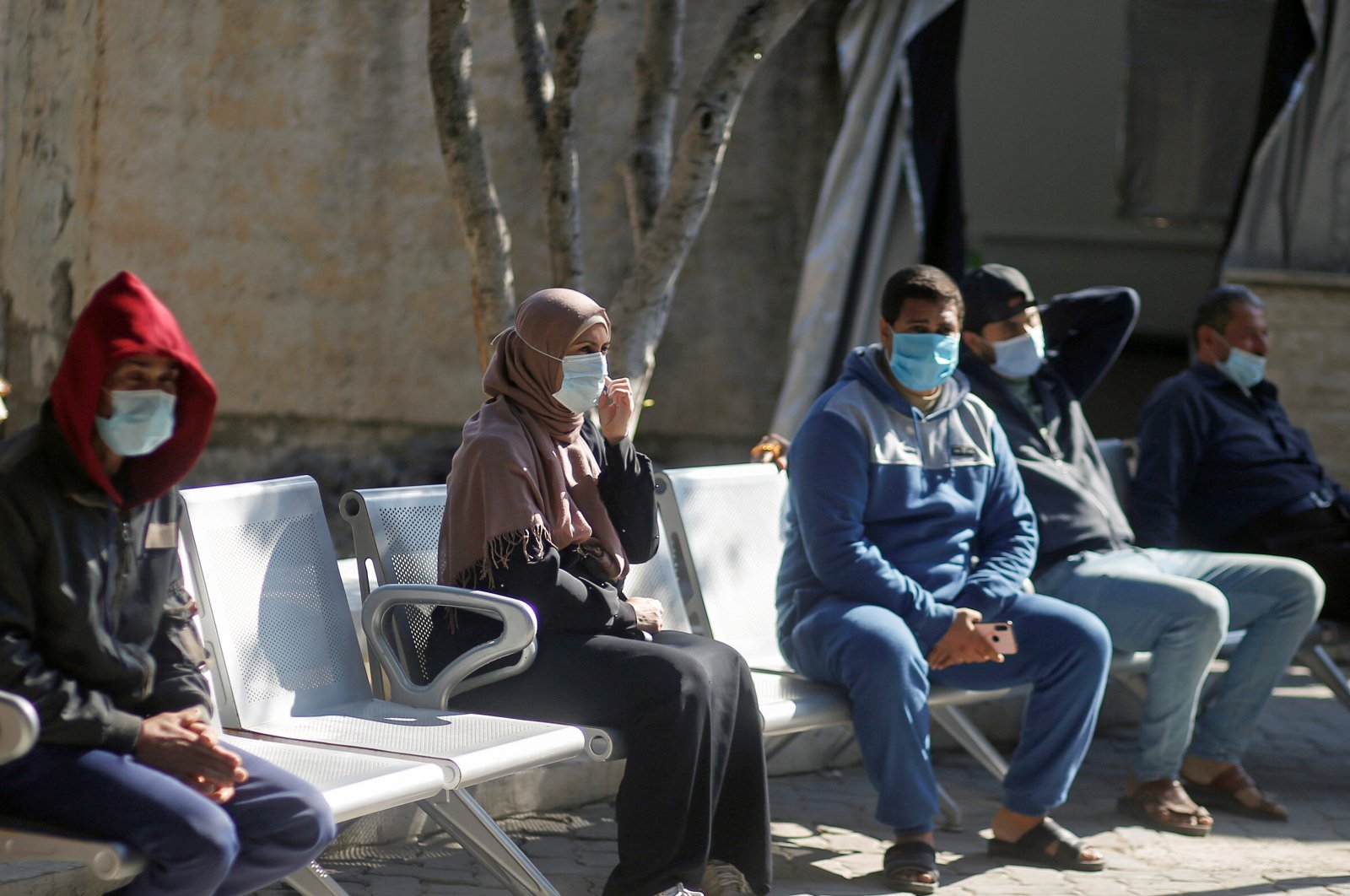 Fraying under the weight of the decadelong Israeli-Egyptian blockade, Gaza's fragile health system could be paralyzed in just 10 days as hospitals continue to be overwhelmed by the rising number of coronavirus patients

A sharp rise in coronavirus infections in the Israeli-blockaded Gaza Strip could overwhelm the Palestinian enclave's meager health system within 10 days, health experts warned Monday as hospitals that were once overwhelmed by gunshot wounds and amputations are now gearing up for the deadly coronavirus outbreak.

The blockaded-Palestinian territory has logged 14,000 coronavirus cases and 65 deaths, mostly since August. Seventy-nine of 100 ventilators for COVID-19 patients are already in use.

"In 10 days the health system will become unable to absorb such a hike in cases and there might be cases that will not find a place at intensive care units," Abdelraouf Elmanama, a member of Gaza's pandemic task force said, as quoted by Reuters.

Abdelnaser Soboh, emergency health lead in the World Health Organization's (WHO) Gaza suboffice, cautioned, however, that "within a week, we will become unable to care for critical cases." The infection rate among those being tested was 21%, with a relative increase in carriers over the age of 60, he said.

In March, Michael Lynk, United Nations special rapporteur on the situation of human rights in the Palestinian territories, said he was worried about the potential impact of COVID-19 on the Gaza Strip population. The Gaza health care system was collapsing even before the pandemic, he added.

Israel's long-standing blockade has created serious obstacles for Gazans to have access to a variety of medical supplies. Gaza's health system of 13 public hospitals and 14 clinics, run by nongovernmental organizations (NGO), has buckled under persistent blockade-linked shortages of medicine and surgical supplies.

Since 2007, the besieged enclave has been under a crippling Israeli and Egyptian blockade that has gutted its economy and deprived its inhabitants of many vital commodities, including food, fuel and medicine. In the long-embargoed enclave, the humanitarian situation has grown worse by the day. The U.N. Relief and Works Agency (UNRWA) stated last year that there are now some 620,000 Gazans who live in abject poverty, meaning those who cannot cover their basic food needs and who have to survive on $1.60 per day and nearly 390,000 in absolute poverty.

Earlier this month, the "worst financial crisis" ever faced by the UNRWA could lead to disaster in the Gaza Strip, the organization's chief warned. "It is in the interest of no one to see schools suddenly suspended ... health services being suspended (in Gaza), at a time when people are hit by the (coronavirus) pandemic," the U.N. agency's chief Philippe Lazzarini told Agence France-Presse (AFP). "It would be a total disaster," he added, in an interview conducted by videoconference.

Lazzarini also announced that the UNRWA faced a $70 million funding shortfall that has jeopardized its ability to pay staff full salaries in November and December.