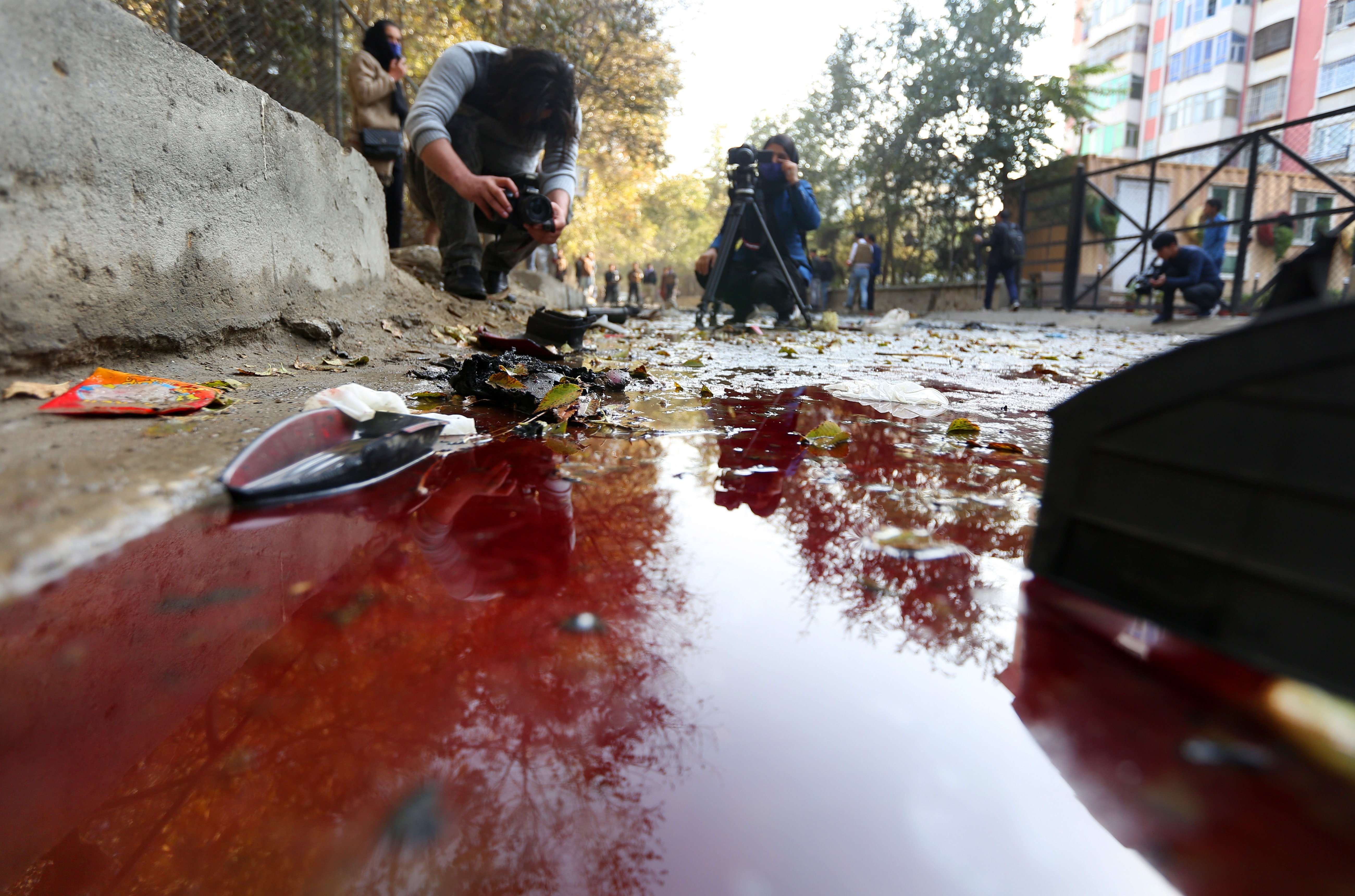 A journalist films blood on the ground at the scene of an explosion. According to local reports, three people, including former Afghan local TV journalist Yama Siawash, were killed in the blast, Kabul, Afghanistan, Nov. 7, 2020. (EPA Photo)
by ASSOCIATED PRESS
Nov 07, 2020 12:26 pm

A bomb attached to the vehicle of a former presenter on Afghanistan’s TOLO TV exploded early Saturday, killing the journalist and two other civilians, Kabul police said.

The death of Yama Siawash is being investigated and the identity of the other victims was not immediately known, said police spokesperson Ferdaws Faramarz. No one has immediately claimed responsibility.

Violence and chaos have increased in Afghanistan in recent months with an attack last week on Kabul University that killed 22 people, many of them students. A Daesh affiliate took credit for that attack as well as another assault on an educational institution on Oct. 24, also in the capital, that killed 24 people.

The surge in violent attacks comes even as government negotiators and the Taliban are meeting in Qatar to find an end to decades of relentless war in Afghanistan. The two sides have made little progress.

The talks were part of a negotiated agreement between the United States and the Taliban to allow U.S. and NATO troops to withdraw from Afghanistan, ending 19 years of military engagement.

According to initial reports, Siawash was near his home when the bomb attached to his car exploded. An eyewitness, Mohammad Rafi, said Siawash's father and brother were the first to reach the vehicle, which was engulfed in flames.

Rafi said all three of those killed were inside the car.

Siawash was a former TV presenter who anchored political programs on TOLO TV.