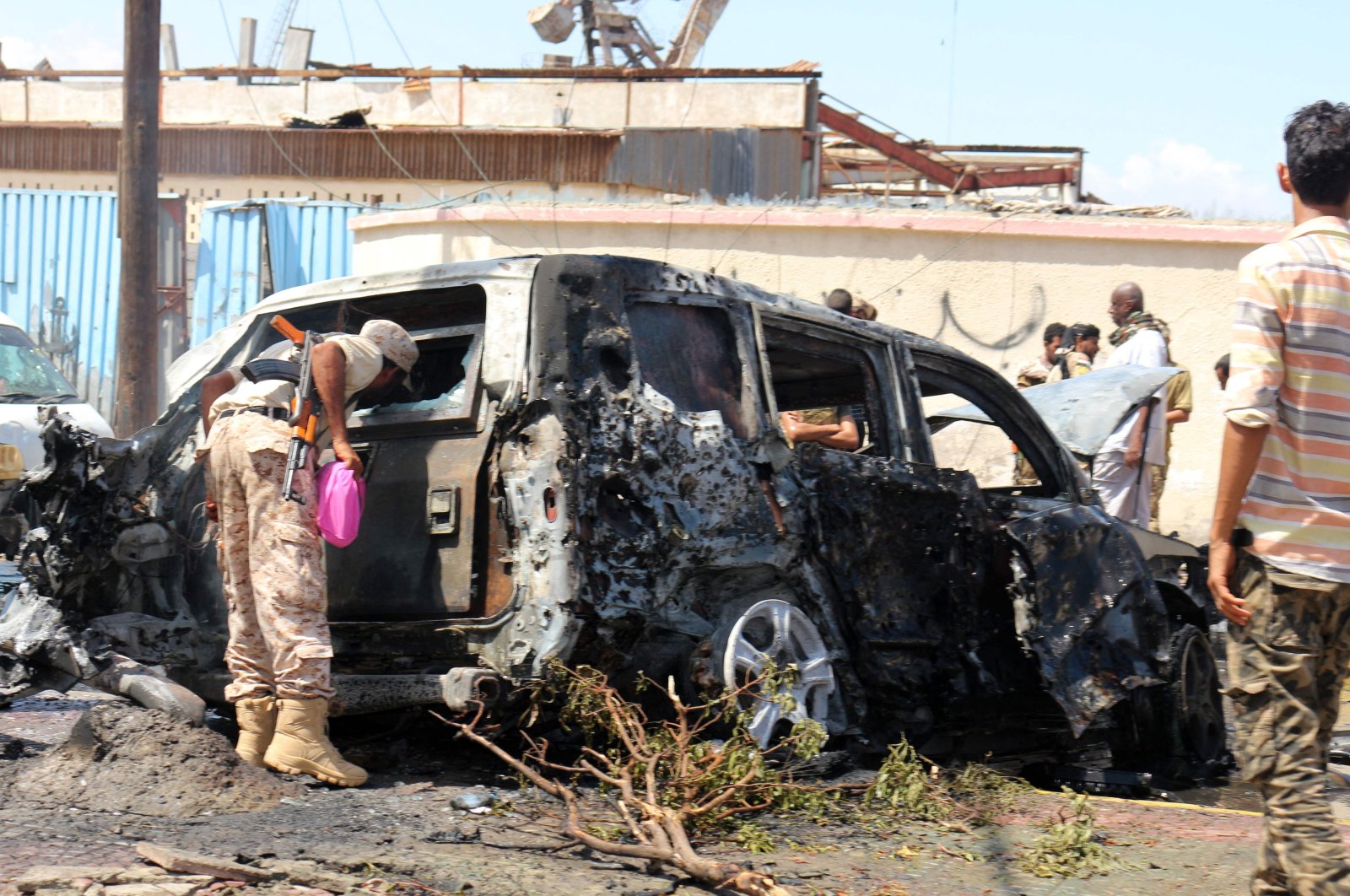 Five people have been killed in a car-bomb attack targeting the governor of Aden, the seat of Yemen's internationally recognized government, security sources said on Sunday.

Aden, in southern Yemen, is home to a separatist movement that last year precariously integrated into the central government, and both have long been aligned against Houthi rebels in a grinding civil war. Aden governor Ahmed Lamlas and Salem al-Socotri, a government minister, both survived the blast that went off as their convoy passed, the sources said.

"A car bomb ... on Al-Mualla Street exploded while the convoy of officials ... was passing," a Yemeni security source told Agence France-Presse (AFP), adding that the victims were in the convoy.

Five members of the entourage were killed and 11 others were wounded in the attack. The central government relocated to Aden from the capital Sanaa in 2014, forced out by the Iran-backed Houthis, who are fighting Saudi-backed Yemeni government loyalists. The Saudi-led military coalition intervened in Yemen's war in 2015.

Yemeni Prime Minister Maeen Abdulmalek Saeed has called for an investigation into Sunday's "terrorist and cowardly" attack, the official Saba news agency reported. It added that the premier spoke with Lamlas and Socotri, to whom "no harm" was caused.

Beyond the conflict with the Houthis, southern Yemen has separately been beset by periodic tensions between the central government and southern separatists in recent years, including sporadic armed clashes.

In December 2020, officials from the Southern Transitional Council (STC) were integrated into the cabinet in an uneasy power-sharing agreement.

Lamlas and Socotri are both STC personnel. No one has yet claimed responsibility for Sunday's blast, which is the deadliest since December 2020 when an attack ripped through Aden's airport targeting cabinet members.

At least 26 people, including three members of the International Committee of the Red Cross (ICRC), were killed and scores were wounded when explosions rocked the airport as ministers disembarked from an aircraft.

All cabinet members were reported to be unharmed, in what some ministers charged was an attack by the Houthis. The STC has sought to restore the independence of South Yemen, a then country that was integrated into the north in 1990.

The central government and the separatists are, despite their own differences, aligned against the Houthis. The Houthis have lately intensified a campaign to take Marib city, capital of an oil-rich province of the same name and government loyalists' final toehold in northern Yemen. Some fear that the Houthis will then turn their attention to expanding in southern Yemen.

STC spokesperson Ali al-Kathiri in a statement on Sunday called the Houthis' offensive in Marib a "dangerous" scheme that could be a springboard to targeting the south.

Yemen is also home to al-Qaida in the Arabian Peninsula, which launches periodic attacks against both fighters aligned with the country's authorities and the insurgents.

Tens of thousands of people, mostly civilians, have been killed and millions displaced in Yemen's conflict, dubbed the world's worst humanitarian disaster by the United Nations.