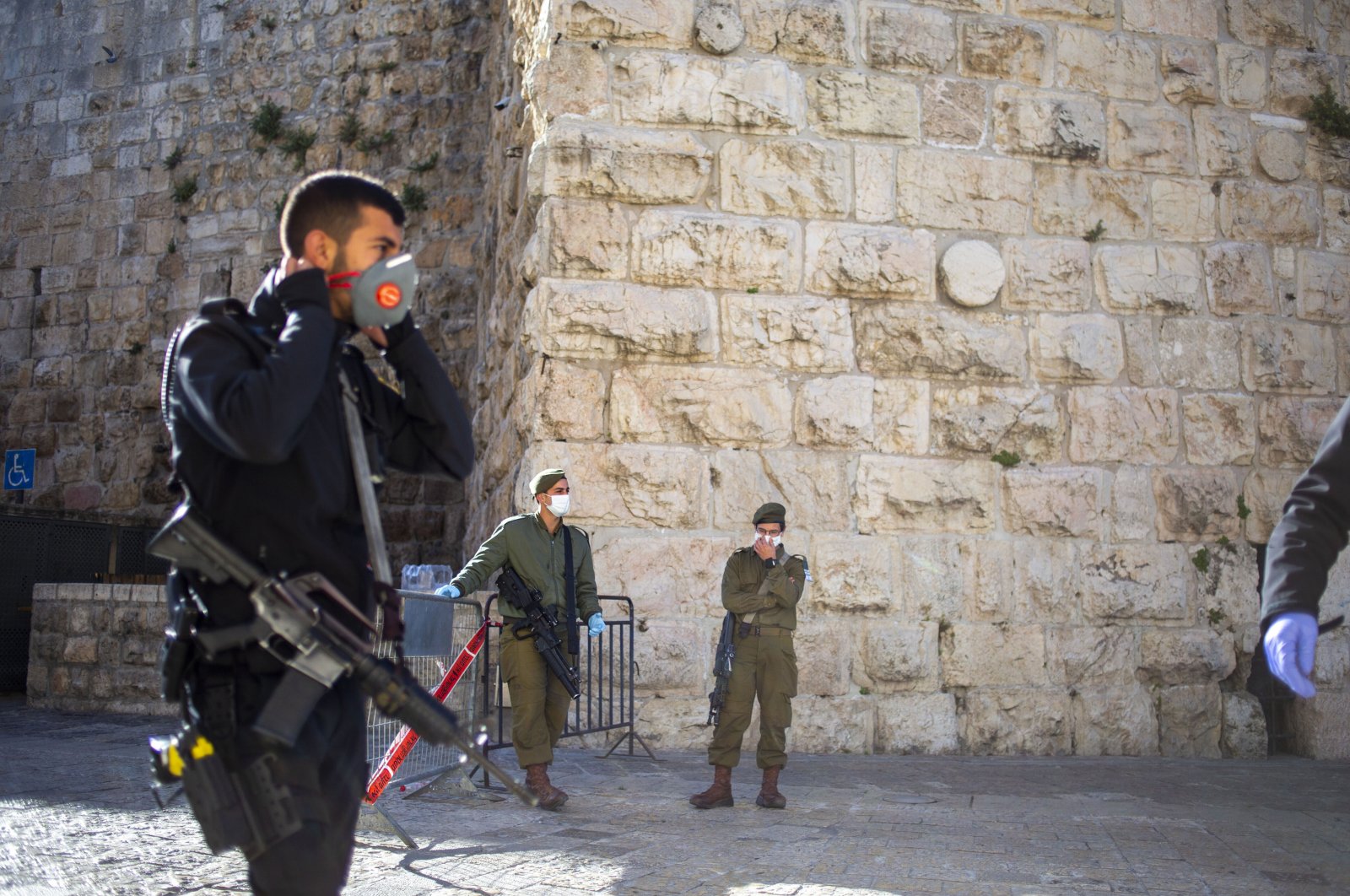 The behavior of Jewish settlers and Israeli soldiers caught on camera spitting on the doors of Arab homes has raised fears of the coronavirus pandemic spreading in Palestinian areas.

The close circuit television (CCTV) cameras on the streets of the Hebron or Al-Khalil city, in the southern West Bank, 30 kilometers (18.6 miles) south of Jerusalem, have recorded Israeli soldiers spitting on the doors of Arab homes and near their shops and cars.

These pictures and videos have created panic among the Palestinian community, who see it as a deliberate attempt by the Jewish settlers and soldiers to spread the pandemic in their areas.

Suzan Owawi, a member of the Hebron Municipality Council, said the rude actions are intended to terrorize citizens. She confirmed that the municipality has taken note of such incidents, and its crew has sterilized all areas where such incidents were reported.

These incidents of spitting took place in the southern region and the center of Hebron city.

"Residents of Beit Ummar town north of Hebron had found boxes thrown into the main street of the town by Israeli Defense Forces. When we checked, the box was filled with used medical devices such as masks and injections," Owawi claimed.

Haredi Jews, a group within Orthodox Judaism, known for their strict interpretation of Judaism and opposed to modern values and practices, are cocking a snook at Israeli authorities by refusing to abide by social distancing and quarantine norms.

The Israeli government has also described their neighborhoods as hot spots. The behavior of Haredi Jews has created further panic in the nearby Arab localities.

The number of coronavirus cases in Israel has topped 12,046, with 123 deaths. The Palestinian Health Ministry put the number of infections at 329 and two deaths.

Speaking to Anadolu Agency (AA), Mohammed Qazzaz, 28, from Jerusalem said their fears of contracting COVID-19 have increased due to the behavior of Jewish settlers.

"I reach my house using an unpaved subway to avoid mixing with settlers in the same street. I avoid buying from any stores from which they might be buying provisions," he said.

The behavior of settlers and the inability of the Palestinian Authority to discipline them has created a panic in Arab districts, like Sheikh Jarrah, French Hill, Shufat, Ras al Amud and the cold city of Jerusalem, which are surrounded by settlement outposts.

Residents of areas like Tel Irmida, in Hebron city which are surrounded by Israeli settlements, have no choice but to reach their homes after crossing Jewish areas.

The sterilization is also getting affected by the constant restrictions from the army and settlers living in Ramat Eshay settlement, which is adjacent to Arab houses.

Speaking to AA, Mahdi Mareab, spokesman for the Hebron governor, said authorities were trying their best to educate citizens in the old city and Al-Shuhada street, where both communities live side by side.

"The governorate has deployed 140 inspectors in the area, who try to prevent clashes between Arabs and settlers. It continues to keep citizens informed about prevention and sterilization measures to protect themselves from infection," Mareab added.

The old city of Hebron and Al-Shuhada street and their surrounding areas are classified as H2 areas.

The Jewish settlers have their own governing municipal body, the Committee of the Jewish Community of Hebron.

Some 33,000 Palestinians live in the H2 area, behind the barbed-wire walls and military roadblocks.