Chaos, blame and promise of calm after drone attack on Iraqi PM 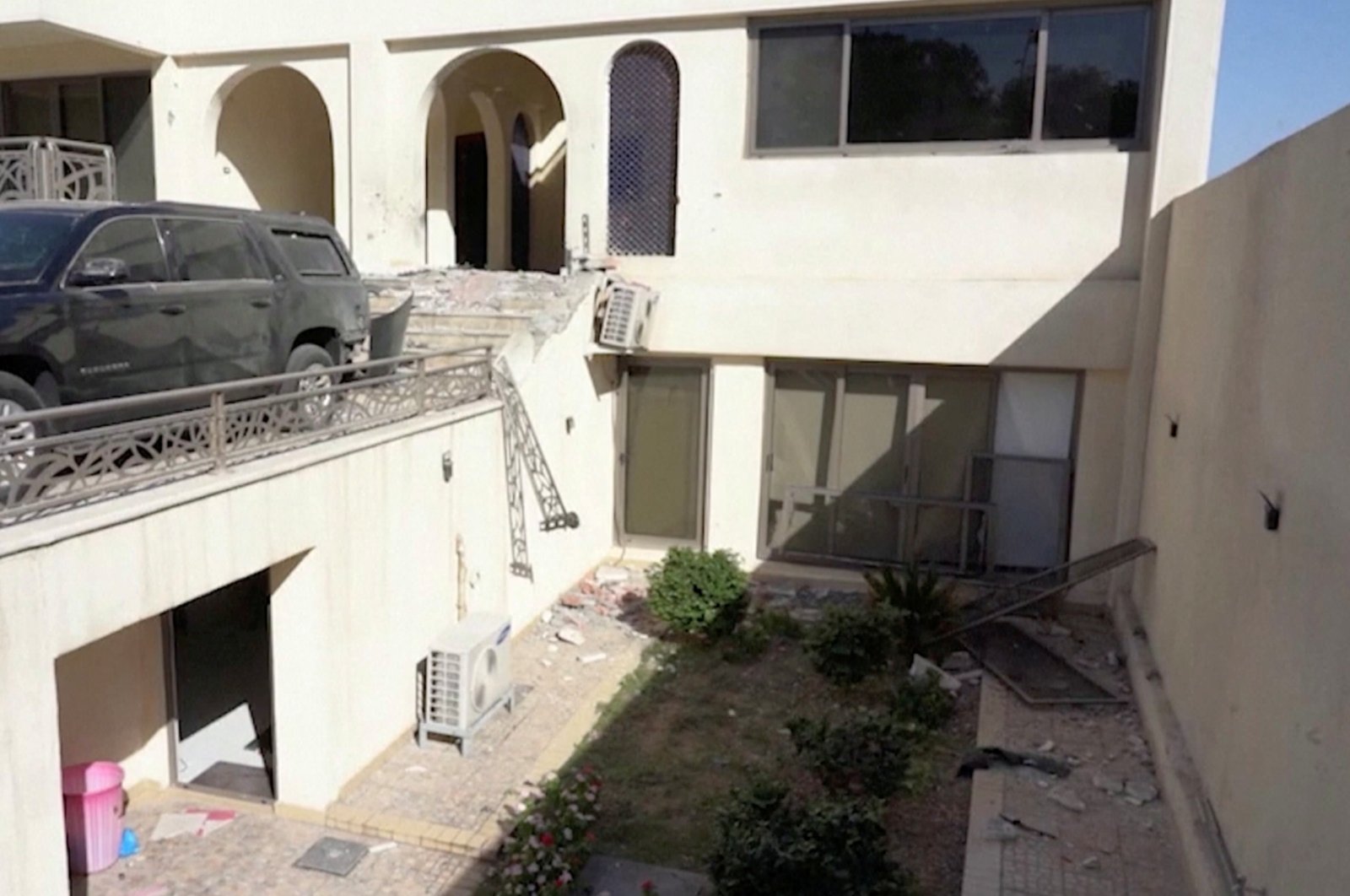 Two drones screamed across the sky on Sunday, leaving wreckage and waste after a failed assassination attempt on Iraqi Prime Minister Mustafa al-Kadhimi’s home in Baghdad. As troops and patrols flooded the Green Zone, it was clear that domestic tensions have reached new heights in Iraq following the refusal of Iran-backed militias to accept last month’s parliamentary election results.

Seven of al-Kadhimi’s security guards were wounded in the attack by at least two drones in Baghdad’s heavily fortified Green Zone area, according to two Iraqi officials. They spoke on the condition of anonymity because they were not authorized to give official statements.

Al-Kadhimi suffered a light cut, an aide said. He later appeared on Iraqi television, seated behind a desk in a white shirt, looking calm and composed, with what appeared to be a bandage on his left hand.

The sound of an explosion and heavy gunfire echoed across Baghdad from the direction of the Green Zone, which houses foreign embassies and government offices. Handout photos showed the damage to al-Kadhimi’s residence, including smashed windows and doors blown off their hinges.

A video distributed later by security forces showed more damage: A van parked outside the residence badly mangled, a shallow crater near the stairs, cracks in the ceiling and walls of a balcony and broken parts of the building's roof. Two small unexploded rockets were also filmed at the scene.

The attack came amid a stand-off between security forces and the pro-Iran Shiite militias whose supporters have been camped outside the Green Zone for nearly a month. They gathered after rejecting the results of Iraq’s parliamentary elections, in which they lost around two-thirds of their seats.

On Sunday, several faction leaders dismissed the assassination attempt, suggesting it may be staged.

Al-Khazali suggested the militias were being framed and called for an investigation.

In the strongest criticism of the prime minister, Abu Ali al-Askari, a senior leader with one of the most hardline pro-Iran militias, Kataib Hezbollah, questioned whether the assassination attempt was really al-Kadhimi's effort to “play the role of the victim.”

“According to our confirmed information no one in Iraq has the desire to lose a drone on the residence" of al-Kadhimi, al-Askari wrote in a Twitter post. “If anyone wants to harm this Facebook creature there are many ways that are less costly and more effective to realize that.”

Brig. Gen. Yahya Rasool, spokesperson for al-Kadhimi and Iraq’s commander in chief, told the Beirut-based Al-Mayadeen TV that the drone flew in from southeast Baghdad at low altitude and could not be detected by defensive systems.

Influential Shiite cleric Muqtada al-Sadr, who won the largest number of parliament seats in the Oct. 10 elections, denounced the “terrorist attack,” which he said seeks to return Iraq to the lawlessness and chaos of the past. While al-Sadr maintains good relations with Iran, he publicly opposes external interference in Iraq’s affairs.

He directed blame at the U.S., which led the 2003 invasion of Iraq that toppled dictator Saddam Hussein and kicked off years of sectarian conflict.

"They have sought to achieve their sinister regional goals by creating terrorist groups that seek to cause sedition."

Khatibzadeh said such incidents “are in the interests of those parties that have invaded the stability, security, independence and territorial integrity of Iraq over the past 18 years.”

A written statement from the U.S. President said: "I am relieved the Prime Minister was not injured and commend the leadership he has shown in calling for calm, restraint, and dialogue to protect the institutions of the state and strengthen the democracy Iraqis so richly deserve." Biden further elaborate that he instructed his national security team to offer appropriate assistance to Iraqi authorities as they investigate

Saudi Arabia issued a statement of support for stability in Iraq and said it strongly condemned the “cowardly terrorist attack.”

The European Union said the perpetrators "must be held accountable" while Britain and NATO both condemned the attack.