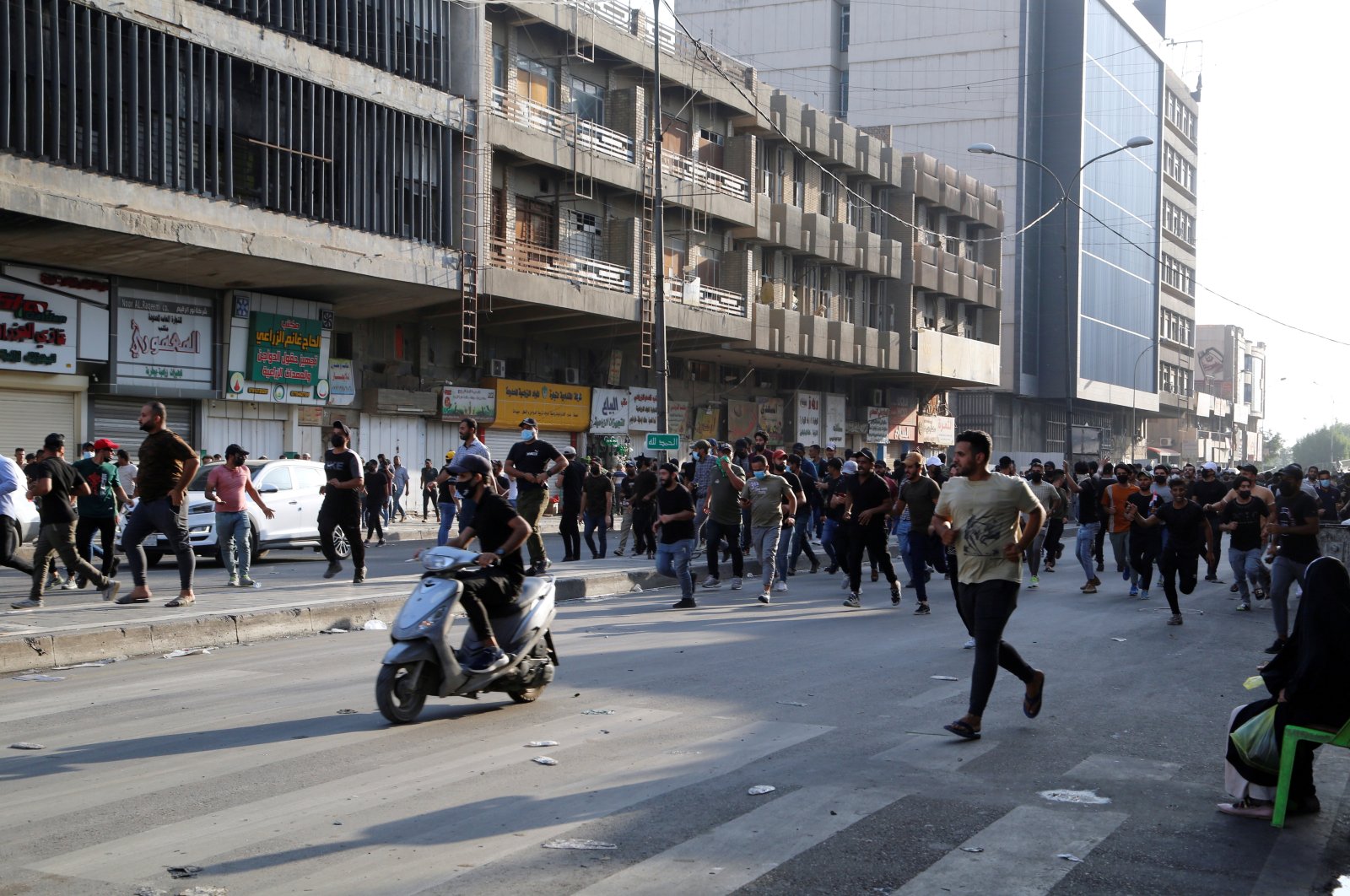 The political arm of the pro-Iran Hashed al-Shaabi paramilitary network saw its share of parliamentary seats decline substantially in the election, which the group's supporters have denounced as "fraud."

Demonstrators from groups loyal to the Hashed threw projectiles and "blocked ... access to the Green Zone" on three sides, before they were pushed back by police who fired in the air, a security source said, requesting anonymity.

On the messaging app Telegram, however, some pro-Iran channels alleged police fired live rounds at protesters.

"Two demonstrators were killed," a leader of the Hezbollah Brigades, one of Hashed's most powerful factions, a source told Agence France-Presse (AFP), requesting anonymity.

There was no immediate confirmation from an official source.

The Green Zone is a high-security area housing the United States Embassy and Iraq's election commission.

"We will not allow our votes to be stolen," said a poster the demonstrators trampled on bearing the face of Prime Minister Mustafa al-Kadhimi.

The Conquest (Fatah) Alliance, the political arm of the multiparty Hashed, won around 15 of the 329 seats contested in the Oct. 10 vote, according to preliminary results.

In the last parliament, it held 48, making it the second-largest bloc.

The big winner this time, with more than 70 seats according to the initial count, was the movement of Moqtada Sadr, a Shiite Muslim preacher who campaigned as a nationalist and critic of Iran.

The Hezbollah Brigades dubbed last month's election the "worst" since 2003 when dictator Saddam Hussein was toppled in a U.S.-led invasion.

Hundreds of pro-Hashed supporters previously rallied against the results on Oct. 19.

"No to fraud, no to America," they chanted at the time.

The Hashed demands the withdrawal from Iraq of remaining U.S. troops, who number about 2,500.

The troops are deployed in Iraq as part of the coalition that helped Baghdad in the fight against the Daesh terrorist group, which the government declared defeated in late 2017.

But the Hashed al-Shaabi, or Popular Mobilisation, forces were themselves central to the defeat of Daesh, after Iraq's army crumbled in the face of the extremists' lightning advance in 2014.

The Hashed were integrated into state security forces and the political arm rode a wave of popularity to perform strongly in the 2018 election.

An unprecedented protest movement broke out in 2019 and railed against the political class running the oil-rich but poverty-stricken country where youth unemployment is soaring.

The election was brought forward as a concession to the protesters, who also complained that Iraq was beholden to Iran.

Factions of the Hashed have faced accusations of targeting activists.

Final results from Iraq's election are expected within weeks and, despite its losses in parliament, the Hashed remains a political force as the country's myriad of political parties engage in marathon negotiations to form alliances and name a new prime minister.