Christian church in Jerusalem attacked for 4th time in 1 month 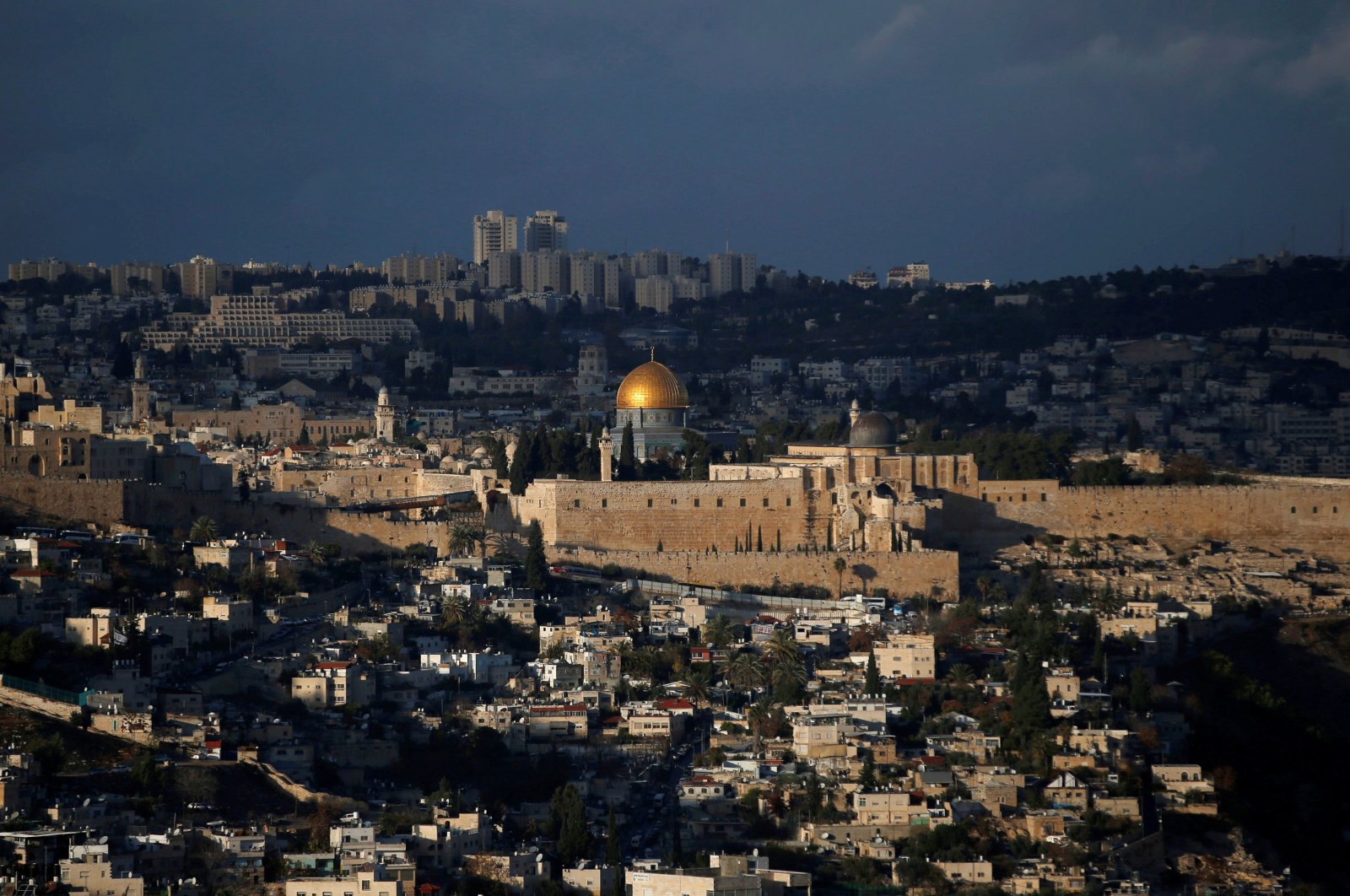 The Dome of the Rock, located in Jerusalem's Old City on the compound known to Muslims as Noble Sanctuary and to Jews as Temple Mount, Jerusalem, Dec. 6, 2017. (Reuters Photo)
by DAILY SABAH WITH AA Mar 02, 2021 5:02 pm
RECOMMENDED

The Assembly of Catholic Ordinaries of the Holy Land (ACOHL) condemned on Monday, repeated attacks against the Romanian church monastery in Jerusalem close to the religious Jewish orthodox quarter, and accused extremist Jewish settlers of the crime.

The statement was released shortly after a fire gutted the entrance of the Romanian Orthodox Church. “Thanks be to God, the local priest managed to put out the fire quickly,” read the ACOHL statement.

Monday's act of vandalism was the fourth time in a month to have targeted the same monastery, the ACOHL stated and added that “according to the authorities, some religious Orthodox Jews are suspected as the probable assailants.”

“We, Catholic Churches, unite with the Orthodox Churches and all other Christian communities of Jerusalem and strongly condemn such acts of vandalism that offend not only the life of Christians but also of many who still believe in dialogue and mutual respect. These acts are contrary to the spirit of peaceful coexistence among the different religious communities of the City,” continued the statement.

The ACOHL said that these acts had become frequent in Jerusalem in the past months and that all authorities, political and religious alike, should unite in condemning them. “For that reason, we demand the Israeli security authorities investigate these incidents seriously and bring assailants to justice.”

"Price tag" vandalism is a strategy used by extremist Jewish settlers to attack Palestinians and their property in retaliation for perceived threats to Israeli settlement expansion.

These and similar attacks in Jerusalem are called “price tag” attacks, which is a name given to acts of vandalism by Jewish fundamentalist settlers aimed at the Palestinian population, Christians, left-wing Israeli Jews, Arab Israelis and the Israeli security forces, to punish any rumored compromise in peace negotiations and drive Palestinians off occupied lands.

There has been a marked increase of “price tag” attacks in Israel in recent times, against not only Christian churches but also Muslim mosques as well.

“We pray to the Almighty,” stated ACOHL, “for granting wisdom to learn to live alongside each other, respecting each other's dignity and rights.”