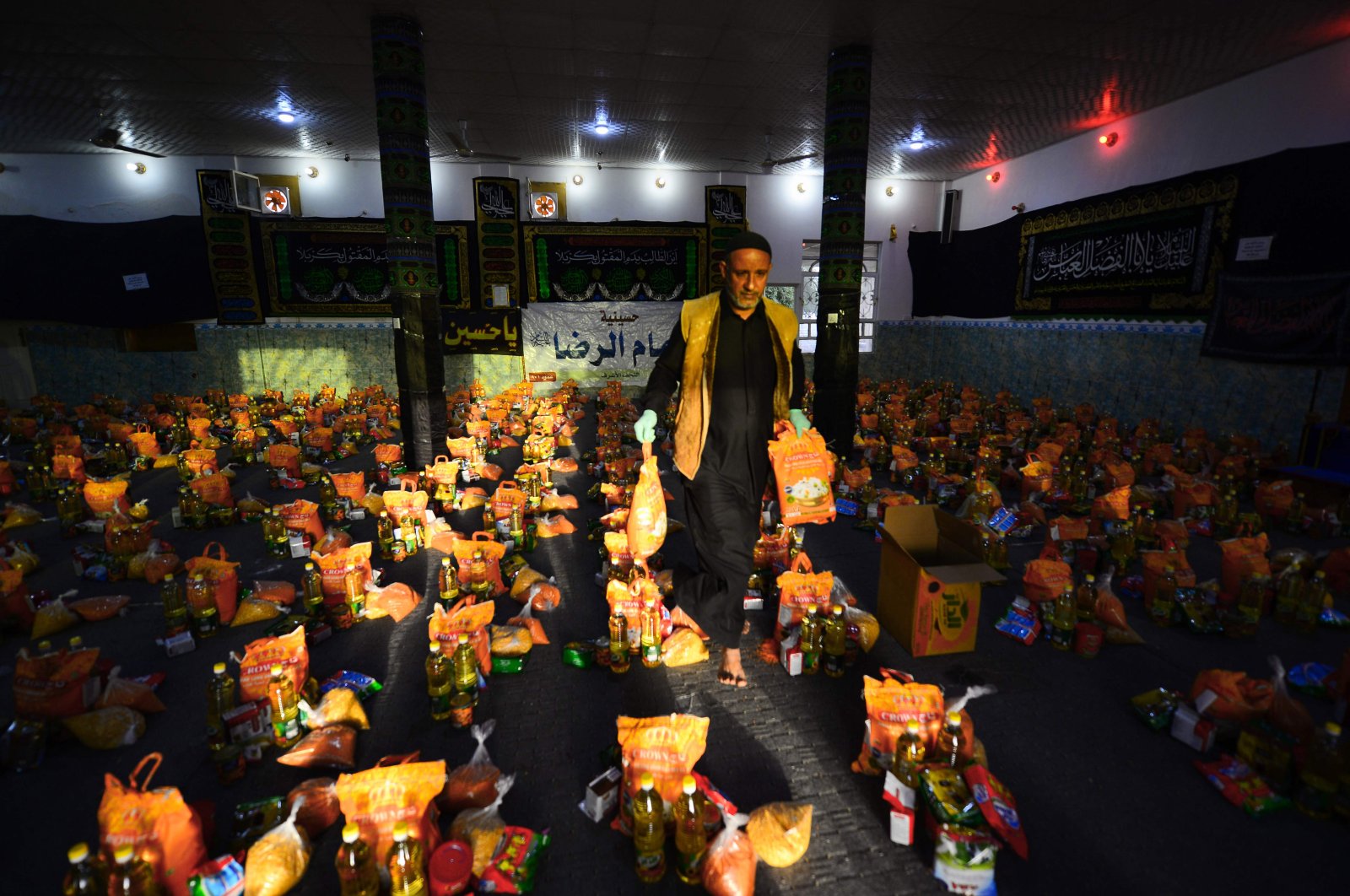 On an abandoned sidewalk in Baghdad, a city under strict government curfew to contain the novel coronavirus, a handful of volunteers with masks and gloves make food packages for needy families.

"What we're doing is a humanitarian duty towards society, and anyone who can afford it should do the same," said Abu Hashim, an Iraqi businessman in his fifties packing nonperishable goods outside a lonely storefront in the Iraqi capital's east.

The health ministry says COVID-19 has killed 56 Iraqis and infected more than 800 others. Many suspect the real numbers to be much higher, however, as only a few thousand people from a population of 40 million have been tested.

In a bid to stop the spread of the new coronavirus pandemic, authorities have imposed a countrywide lockdown, ordering schools and most shops shut.

While the government is still paying salaries and pensions to millions, Iraq's modest private-sector economy has come to a grinding halt.

Iraq is OPEC's second-biggest oil producer but is ranked among the 20 most corrupt countries in the world by the watchdog group, Transparency International. The World Bank says one in five Iraqis lives under the poverty line.

Sensing that relying on authorities would be unwise, young activists, community figures and local religious leaders have come together to try and support those with no income. Using donations to buy essentials, like lentils, beans, rice and sugar, they pack supplies in plastic bags, talk their way through checkpoints and distribute them across the city.

"It's not like when we were under embargo in the 1990s," he said, referring to crippling international sanctions imposed on Iraq under former dictator Saddam Hussein that made even basic foodstuffs unavailable.

"Baghdad is full of food right now, but people can't buy it. One construction worker we support has a family of eight and suddenly has no income. Another man had sold his cooking gas canister to buy food. A third sold his phone," he said.

In a society that deeply values abundance and generosity, particularly at the dinner table, some are too proud to admit they need help.

"One woman walked halfway across the city to ask for help at another mosque so no one from her own neighborhood would recognize her," Issa said.

One government official told AFP that almost half the population could be food-poor by May, adding that authorities were studying options for subsidies. The country imports most of its staples, including rice, meat and wheat.

Officials say Iraq's $60 billion in reserves would cover more than a year of food imports, but already Prime Minister-designate Adnan Zurfi on Saturday expressed worry that the government might have to cut public-sector wages.

Issa was not taking any chances.

"We don't know when this crisis will end. It could go on until July. Some of us are storing goods for later," he said.

"This is more dangerous than Daesh," he added, referring to the terrorist group that swept through a third of Iraq in 2014. That conflict further ravaged Iraq's dilapidated medical infrastructure, and there are fears a spike in COVID-19 cases could overwhelm hospitals.

"Until God saves us"

Iraq, which relies on oil revenues for more than 90% of its state budget, is also facing the lowest crude prices in more than a decade and a paralyzed political class unable to reach consensus over a new cabinet.

Some Iraqis are taking public health into their own hands. Asaad al-Saadi, 40, has turned his Baghdad home into a makeshift workshop, producing face masks to help prevent the transmission of COVID-19.

"I saw the pandemic was spreading quickly and the simplest ways to fight it weren't available," Saadi said.

He bought two sewing machines and now produces around 1,000 masks per day. They are distributed in packs of 10 to needy families. Saadi is also considering making other kinds of protective gear for under-equipped health workers.

Such grassroots efforts have swept through the provincial capitals of the south, down to the oil-rich port city of Basra. Some are led by Iraqi women, in a country that remains broadly conservative and where just 15% of working-age women are employed.

Mohammad Jabboury, a farm owner in Iraq's west who is organizing food distributions and urging landlords to lower rents, expressed a sense of obligation towards those less fortunate.

"It's our duty to help those in need until God saves us from this pandemic," he said.