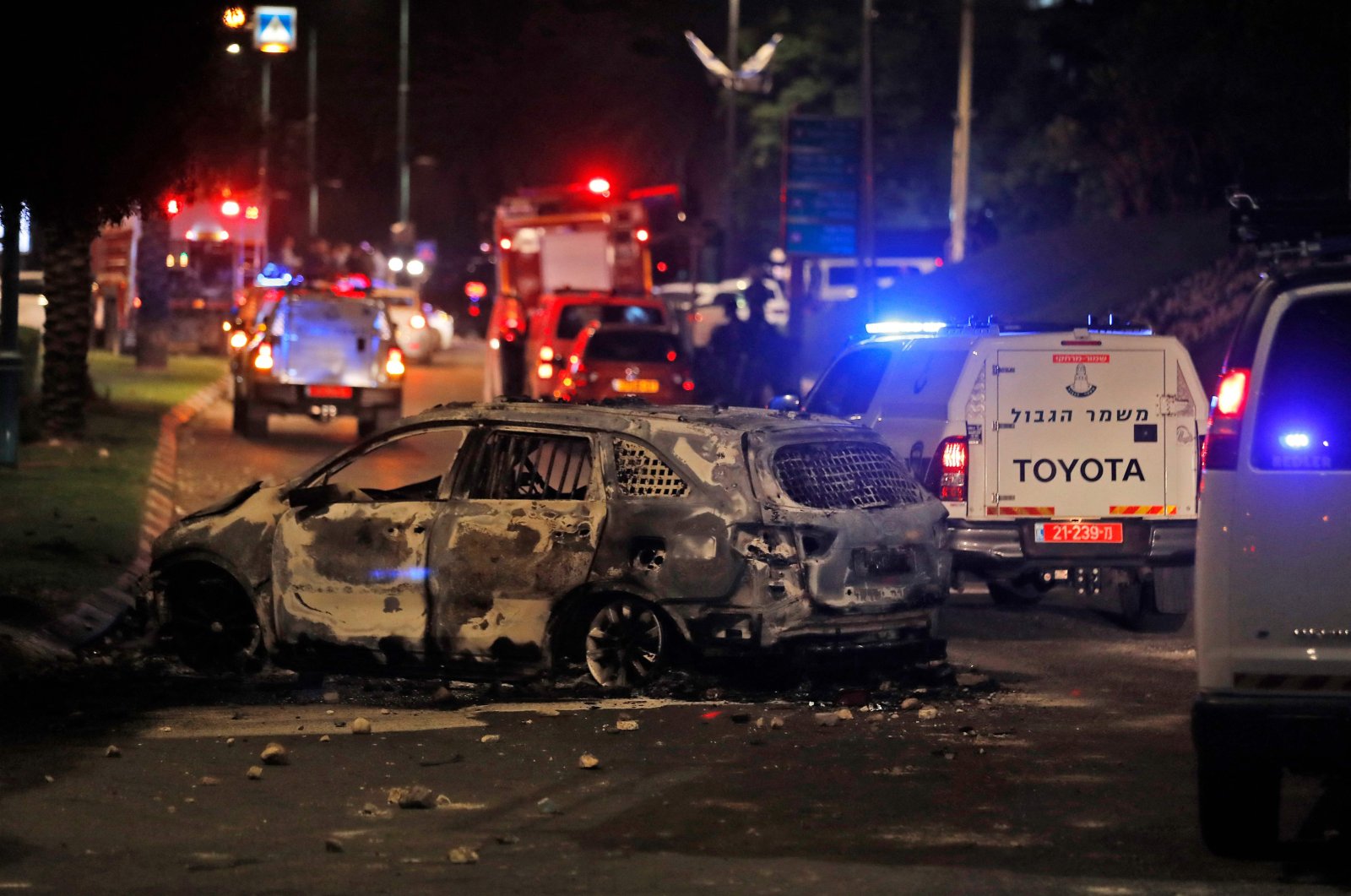 Israeli border police vehicles drive past an extinguished burnt vehicle in Lod near Tel Aviv, on May 11, 2021 (AFP Photo)
by Agencies May 12, 2021 1:17 am
RECOMMENDED

The mayor of Israel's Lod city pointed to a "civil war out of control," Israeli media reported late Tuesday, calling upon Prime Minister Benjamin Netanyahu to send military forces to handle the situation.

The central Israeli city witnessed fierce clashes with police after a funeral procession of an Arab Israeli killed by an Israeli settler.

VIDEO — Streets of Israel's Lod witness intense clashes between Arabs and Jews as mayor of the city says "civil war out of control," calls upon Netanyahu to send military forcespic.twitter.com/AVtSIKe2EF#PalestinianLivesMatter #PalestineWillBeFree #ApartheidIsrael

Hundreds of Arab citizens of the city took part in the funeral procession of their Arab kinsman, who was killed on Monday.

Israeli police said on Tuesday that they arrested an Israeli suspected of killing the Arab Israeli and seriously wounding another.

On Monday, thousands of Arab Israelis demonstrated in the northern cities of Haifa, Nazareth, Shfaram, and Tira in protest of Israeli policies in Jerusalem, where 98 of them were arrested by Israeli police.

According to the Times of Israel, the protesters blocked main roads and, in Nazareth, set trash cans ablaze in the middle of the street.

In Haifa, hundreds of demonstrators marched through the city's main thoroughfare to the city's German Colony neighborhood.