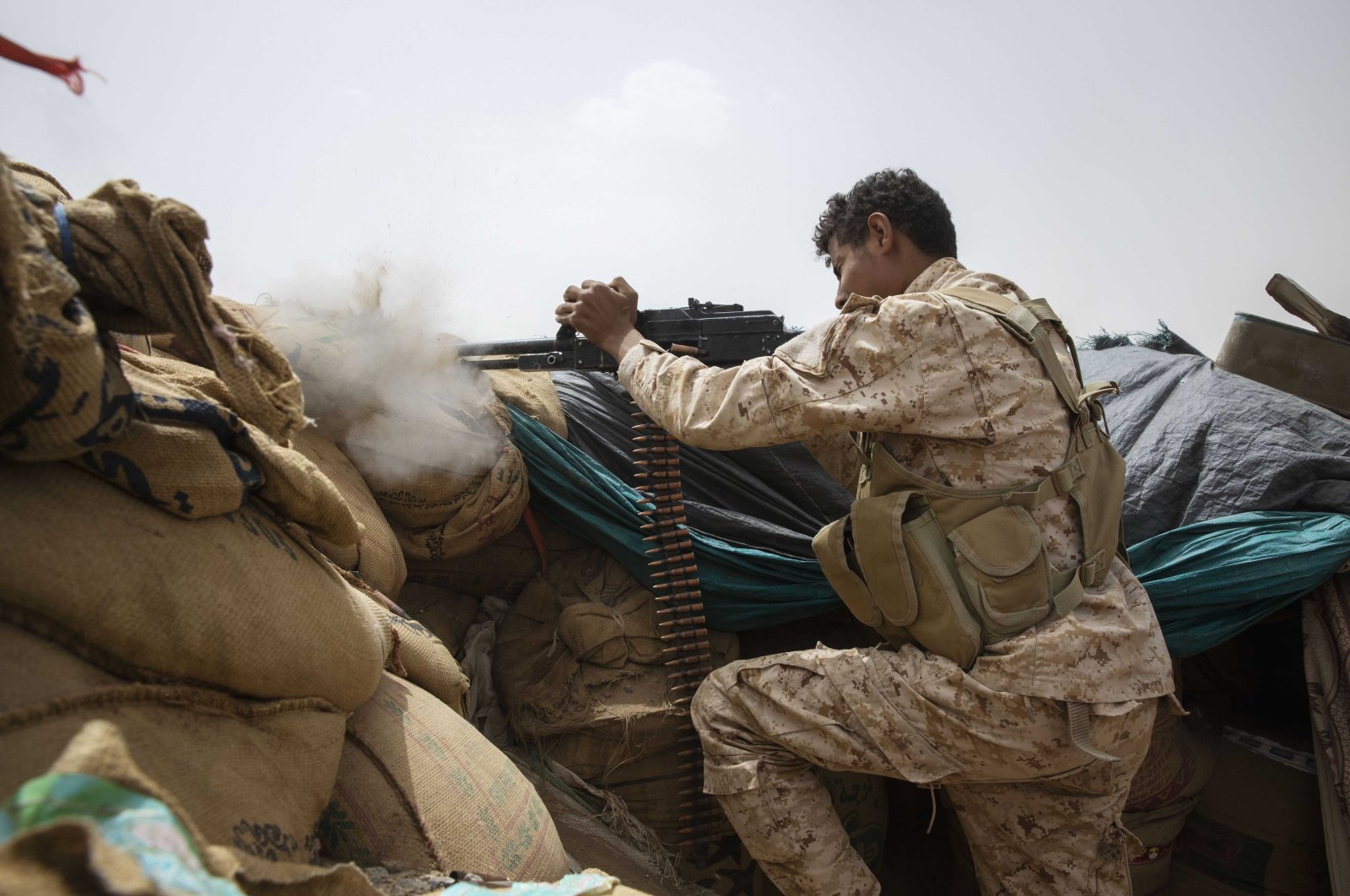 The Iran-backed rebels are seeking to seize control of Marib and its surrounding oil fields, the Yemeni government's last stronghold in the north after six years of fighting that has plunged the country into a humanitarian crisis.

Diplomatic efforts to secure a cease-fire in Yemen had intensified, in parallel with the fierce campaign for control of Marib, which has left thousands dead on both sides.

But with no agreement in sight, the fighting has flared again after a lull over the past month.

Sources with the internationally recognized government told AFP that 16 soldiers from their ranks were killed, including six officers Saturday. The insurgents rarely report their casualties.

The Houthis "launched attacks on various fronts, in an attempt to advance, but they were mostly repelled," one of the officials told AFP.

The sources said that warplanes from the Saudi-led coalition, which supports the beleaguered government, launched airstrikes on rebel sites.

The Houthis said on their Al Masirah television channel that the coalition had also carried out 17 airstrikes in different parts of Marib province.

The renewed fighting over Marib comes after the failure of a diplomatic push by the United Nations, the United States and regional nations to secure a cease-fire in Yemen.

The outgoing U.N. envoy for Yemen Martin Griffiths on Tuesday told the Security Council his own efforts over the past three years to end the war have been "in vain."

"It is with deep regret that I report today that the parties have not overcome their differences," he said.

Yemen has been devastated by the civil war which broke out in 2014, and millions of civilians are on the brink of famine, according to the U.N.

The Houthis have repeatedly demanded the reopening of the airport in the rebel-held northern capital of Sanaa before agreeing to any cease-fire.

As well as the bloody offensive in Marib, the Houthis have also stepped up drone and missile strikes on Saudi targets, including its oil facilities.

"The interception operations were successful," the coalition said in a statement, adding that the drones were packed with explosives and seven were neutralized in Yemeni air space.

The Houthi military spokesperson said on Twitter that one drone was launched at a military base in Khamis Mushait, according to Reuters.

The Iran-aligned Houthis have frequently targeted Khamis Mushait and other Saudi cities along the frontier in the more than six-year-old Yemen war.

A military coalition led by Riyadh intervened in Yemen in March 2015 after the Houthis ousted the Saudi-backed, internationally-recognized government from the capital Sanaa.