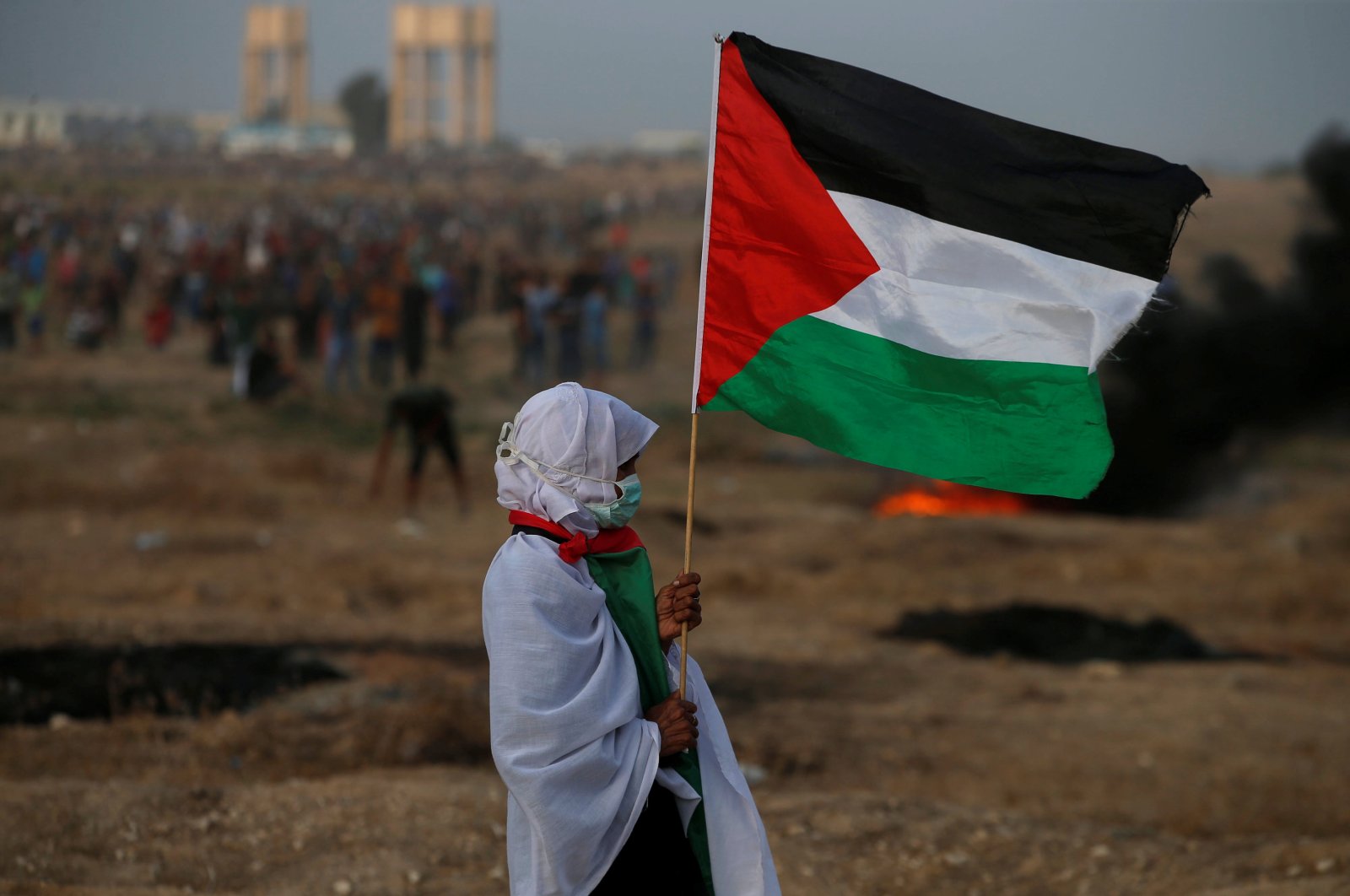 Despite the reluctance of the international community to take action against Israeli occupation, Qatar and Turkey continue to urge U.N. members to unite in support of the Palestinian cause

The illegal Israeli occupation of Palestinian territories, including the West Bank, east Jerusalem and Gaza, has become one of the core issues addressed at this year's United Nation's meeting as the international community is still reluctant to take action against Israel for its permanent occupation and serious violations of international law.

As one of the main countries that have maintained a clear position on the Palestinian cause, Turkey has long called on the international community to unite against Israeli occupation. Turkish President Recep Tayyip Erdoğan blasted Israel's "oppression, violence and intimidation" policies toward Palestine during his Tuesday address at the U.N. General Assembly (UNGA).

"The dirty hand that reaches the privacy of Jerusalem, where the sacred places of the three great religions coexist, is constantly increasing its audacity," Erdoğan said. "The Palestinian people have stood up against Israel's policies of oppression, violence and intimidation for more than half a century."

"Upon rejection of the document of surrender, which was to be imposed on Palestine under the name of the 'deal of the century,' Israel this time accelerated its attempts to 'have the inside track' with the help of its collaborators," he added, referring to a U.S. backchannel plan to reach a peace settlement between Palestinians and Israel that aims to establish a Palestinian state in Gaza only.

Besides imposing a stifling siege on the Gaza Strip, Israel continues a policy of expanding settlements in flagrant violation of international law, Qatar's emir said at the U.N. via video link. "The lingering of the Palestinian cause without a just solution and Israel's continued settlements and creation of pretexts on the ground without being deterred pose the biggest question mark on the credibility of the international community and its institutions," al-Thani stressed.

Israel occupied east Jerusalem during the 1967 Six-Day War. In 1980, in a move never recognized by the international community, Israel annexed the entire city, claiming it as the self-proclaimed Jewish state's "eternal and undivided" capital. Last year, the U.N. called the Israeli occupation in Palestine "the longest occupation" in the world. "Israel has occupied the Palestinian territory for more than 52 years, the longest belligerent occupation in the modern world," Michael Lynk, U.N. special rapporteur on human rights in the Palestinian territories, told the U.N. General Assembly.

The U.N. considers both the West Bank and east Jerusalem occupied territories and considers Israeli settlement-building activity in these areas illegal. Palestinians have been vying to create a full-fledged future state comprising areas of the West Bank of the Jordan River and Gaza on the Mediterranean coast. Since 2007, the besieged Gaza has been under a crippling Israeli and Egyptian blockade that has gutted its economy and deprived its inhabitants of many vital commodities, including food, fuel and medicine. In the long-embargoed enclave, the humanitarian situation has grown worse by the day as 90% of its land and sea boundaries, and its access to the outside world is controlled by Israel and by Egypt on its narrow southern border.