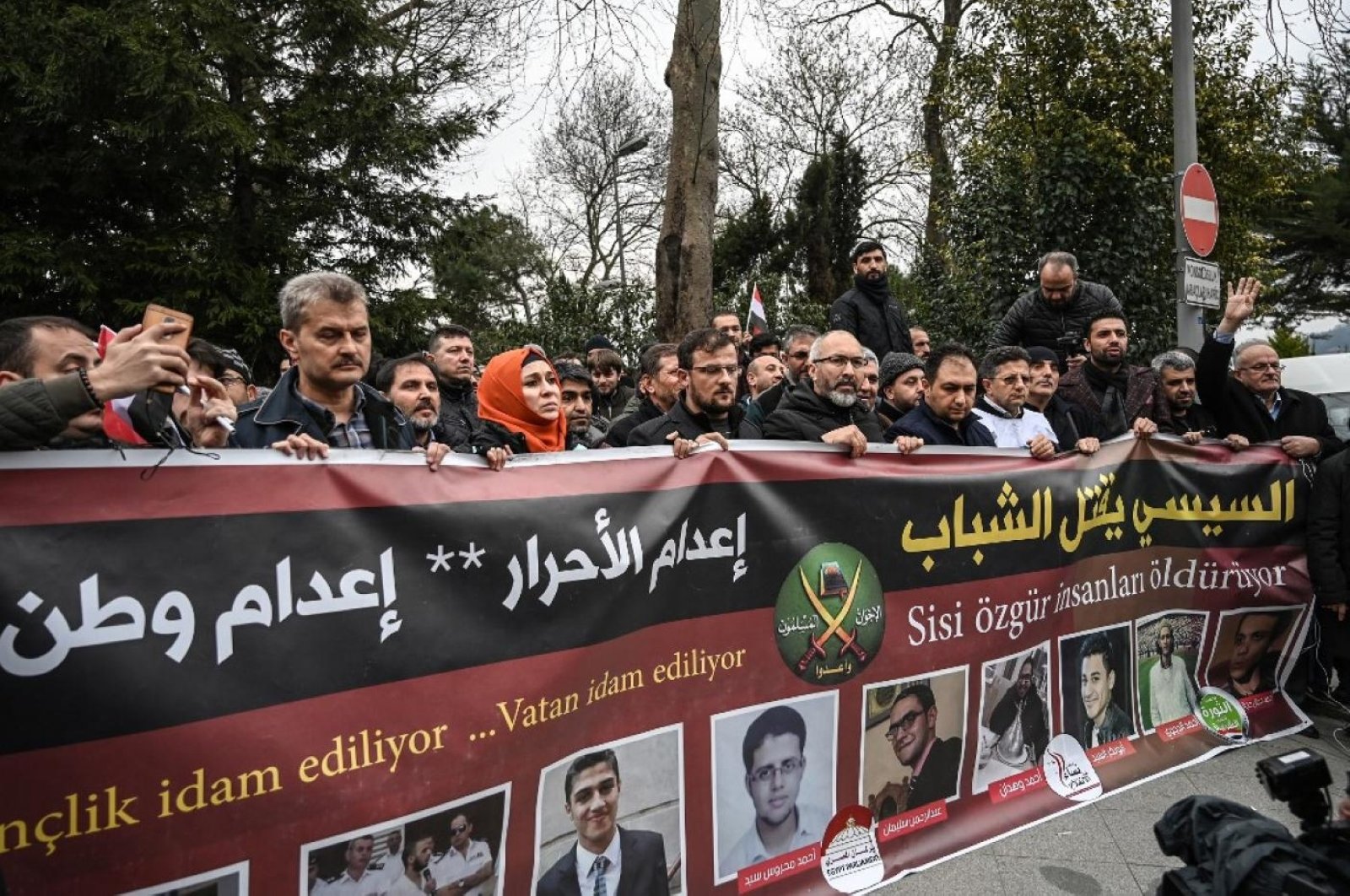 Days before the World Day Against the Death Penalty, Egypt's execution of 15 political dissidents drew condemnation from human rights groups.

The Geneva Council For Rights and Liberties slammed the Egyptian government for executing the death sentence through security authorities against 15 detainees within 24 hours after "trials that lacked justice," adding the trials were dominated by suspicion of "political revenge." The group said in a statement that such executions ahead of the Oct. 10 World Day Against the Death Penalty sent a negative message and reflected the determination of the authorities in Egypt to violate international human rights.

The council called on the international community to shoulder its responsibilities regarding the escalation of flagrant human rights violations in Egypt and to take deterrent measures.

Several other human rights groups also condemned the executions and demanded the death penalty be abolished in Egypt, especially in cases with a political dimension.

Spokespersons for the Muslim Brotherhood organization expressed their condolences to the families of the executed in statements on their Twitter accounts and emphasized the importance of fair retaliation against the sentences.

Two detainees, Yasser Abasiri and Yasser Shakr, were members of the outlawed group the Muslim Brotherhood, from the coastal city of Alexandria. They had been detained during protests against the 2013 military coup that deposed of the country's first democratically elected president, Mohammed Morsi. The two were held in Tora Prison in southern Cairo, which is known as the country's most fortified jail, after their trial in the case that is publicly known as the "Library of Alexandria" case.

With the latest executions, the number of political prisoners executed under the rule of Egyptian President Abdel-Fattah el-Sissi since 2014 reached 79, with 25 of them hanged in 2020, as reported by the Middle East Monitor.

Egypt has witnessed an unprecedented crackdown on dissents under the rule of el-Sissi since the ouster of Morsi. The military crushed the Muslim Brotherhood movement in a major crackdown, arresting Morsi and many of the group's other leaders, who have been in prison undergoing multiple trials ever since the coup. Egyptian authorities have killed hundreds of Muslim Brotherhood supporters and sent thousands to prison for inciting violence. Activists consider the repression the worst in Egypt's modern history.

The executions came as demonstrations are spreading in rural areas and city slums. The el-Sissi administration was worried over the "September Uprising" which started on Sept. 19 as a result of calls by Mohammed Ali, an opposition figure living in exile in Spain. The regime, which initially did not take the demonstrations seriously, began using force after increasing participation in the "Friday of Rage" and "Friday of Triumph" protests. This led to the killing of three activists by the police on Sept. 25, but the anger on the streets did not fade.

Fearing that the protests which started for economic reasons could spread further, the administration launched Plan B to execute 50 prisoners who had previously been sentenced to death by the courts. As of Saturday, most Muslim Brotherhood members were waiting for the execution of the 50 defendants after all legal remedies were exhausted.