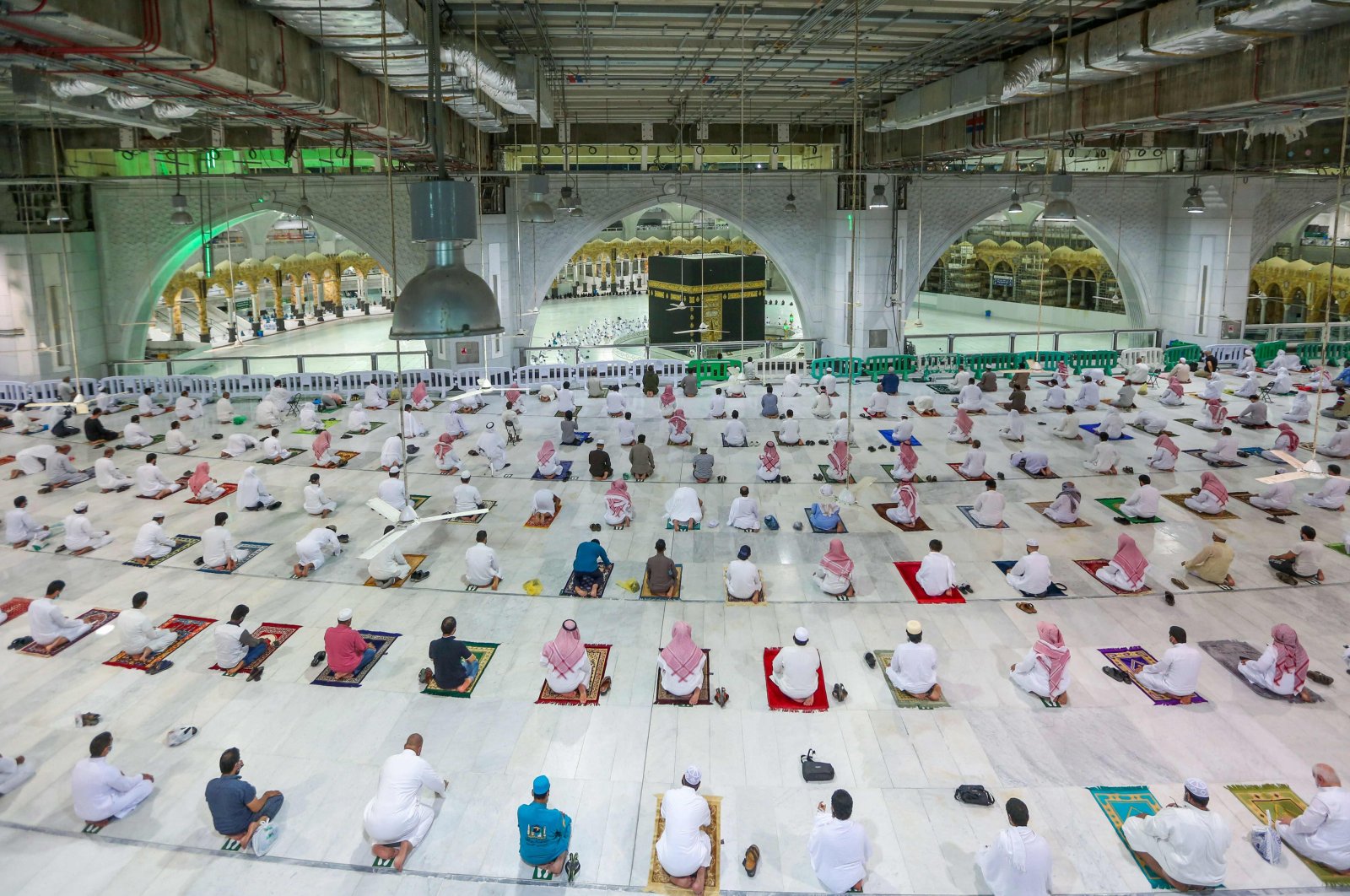 Saudis and expats perform "Al Fajr" prayers at the Grand Mosque in the holy city of Mecca, on October 18, 2020, for the first time after easing months-long COVID-19 restrictions. (AFP)
by Agencies Oct 18, 2020 8:16 pm
RECOMMENDED

Mask-clad worshippers were allowed to pray inside the Grand Mosque in the holy city of Mecca, as Saudi authorities partially resumed the year-round umrah pilgrimage with extensive health precautions adopted after a seven-month hiatus in light of the coronavirus pandemic.

Thousands of worshippers entered the Grand Mosque in the holy city of Mecca in batches to perform prayers at the mosque, where the sacred Kaaba is located, a cubic structure toward which Muslims around the world pray.

The umrah, a pilgrimage that can be undertaken at any time, usually attracts millions of Muslims from across the globe each year, but was suspended in March.

On Oct. 4, Saudis and foreign residents of the kingdom were permitted to perform the year-round umrah pilgrimage at 30% capacity or 6,000 people per day.

Meanwhile, as of Oct. 18, the kingdom has allowed 15,000 pilgrims per day – expanding capacity by 75% – to pray at Al-Masjid al-Nabawi, or the Prophet's Mosque, in Medina.

Visitors from abroad will be permitted from Nov. 1, when capacity will be raised to 20,000, with a total of 60,000 worshippers allowed.

The decision to resume the pilgrimage was taken in response to the "aspirations of Muslims home and abroad," the ministry said last month.

It said the umrah will be allowed to return to full capacity once the threat of the pandemic has abated.

Until then, the Health Ministry will vet countries from which pilgrims are allowed to enter based on health risks.

Saudi Arabia suspended the umrah in March, while scaling back the annual hajj pilgrimage over fears the coronavirus could spread to Islam's holiest cities and back to pilgrims' home countries.

The hajj went ahead in late July, on the smallest scale in modern history, with only up to 10,000 Muslim residents of the country allowed to take part – a far cry from the 2.5 million who participated last year.

Health authorities said no coronavirus cases were reported at the holy sites during the hajj, one of the five pillars of Islam and a must for able-bodied Muslims at least once in their lifetime.