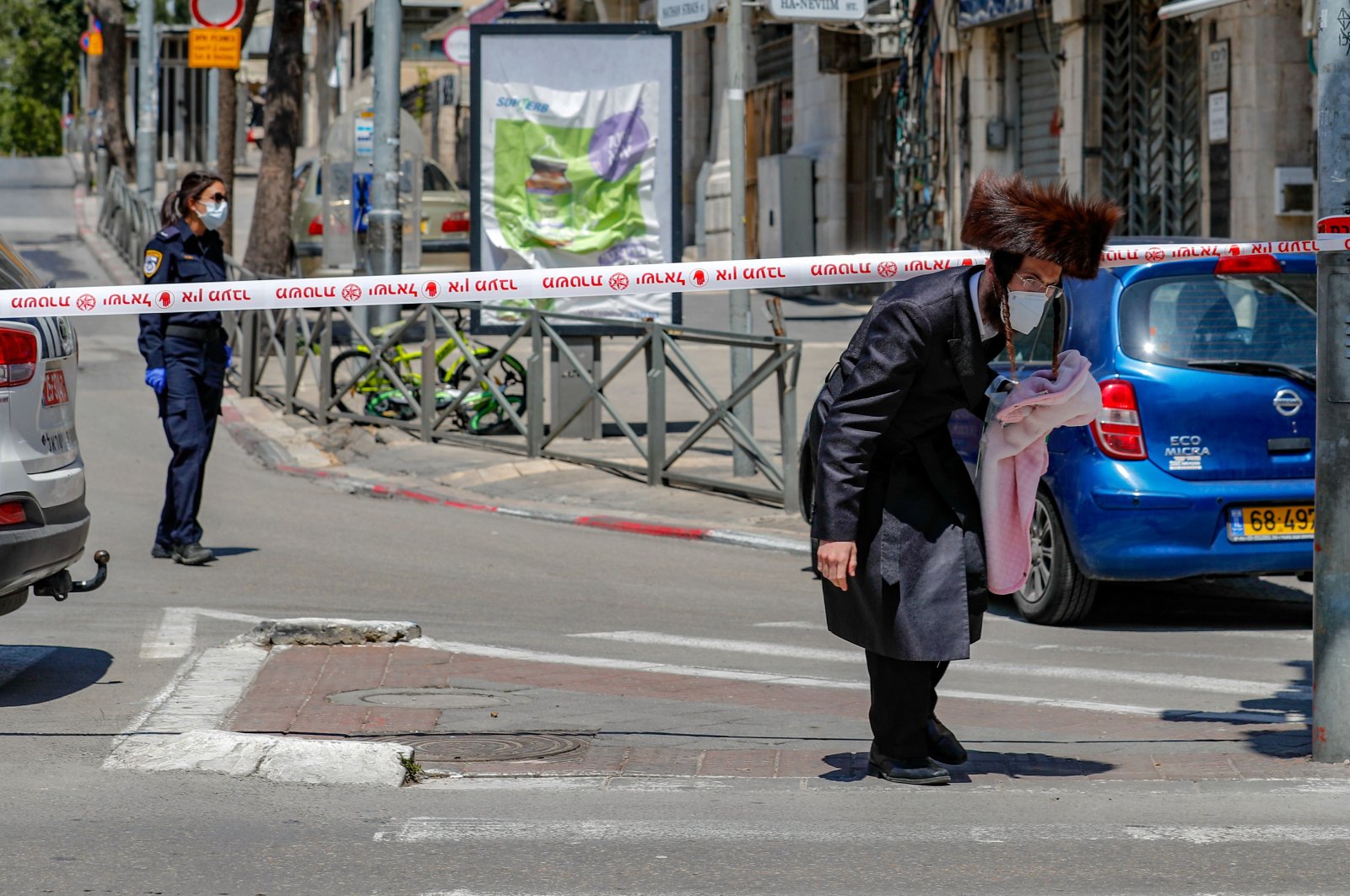 An ultra-Orthodox Jewish man walks under barrier tape placed by police at the entrance of the ultra-Orthodox neighborhood of Mea Shearim, Jerusalem, April 12, 2020. (AFP Photo)
by Anadolu Agency Apr 13, 2020 11:22 am

The number of coronavirus infections in Israel has topped 11,200, with 110 deaths, the Health Ministry said Monday.

In the last 24 hours, seven people died and 90 more tested positive for COVID-19, raising the total number of cases to 11,235, including 181 who are in critical condition.

At least 1,689 have recovered, the ministry said.

The government has taken a number of steps to stem the spread of the virus, including closing all educational institutions and banning gatherings of more than 10 in open or closed public areas.

All businesses except supermarkets, pharmacies, gas stations and banks have also been closed since March 15.

Tel Aviv also banned the entry of foreign citizens except those with Israeli residency.

Since appearing in China last December, the virus has spread to at least 185 countries and regions, according to figures compiled by U.S.-based Johns Hopkins University.